Greg Nahm, a researcher for the oil and gas industry, decided to retire early last year after projects dwindled to almost nothing during the industry’s COVID-induced downturn.

He had no qualms about the move. “You don’t have to wake up anymore to make a deadline,” says Nahm, now 65, who lives in Kiowa, Colorado. “You can stay around the house and have coffee (for hours) … It’s great.” Plus, he says, “We just have so many other interests.”

But as they continued to draw from savings to pay the bills, Nahm and his wife, Deb, felt a financial pinch that has been compounded by skyrocketing inflation. So when he recently got an offer for a two-year contract to research rights of way for a planned power line, he didn’t think twice.

RESIGNATION REGRETS: 'I let money get in the way': Most recent job quitters have regrets or don't plan to stay in new role

Good money in a roaring market

“I couldn’t pass up the opportunity to make good money,” Nahm says.

And if another project follows, he adds, “That would be fantastic.”

Nahm is among a small but growing number of Americans who retired earlier than they planned during the pandemic but are now returning to a roaring labor market with lots of job openings and rising wages.

“The demand for workers is really strong,” says Nick Bunker, economic research director for Indeed, the leading job site. Many retirees are saying, “’There are so many opportunities for me.’”

In March, 3.1% of workers who were retired a year earlier said they were now working, a figure that matches the pre-COVID level and has steadily edged higher after hovering at 2.2% a year before, according to Bunker’s analysis of Census Bureau data.

Further stoking the trend are a waning health crisis and inflation that’s been hitting new 40-year highs each month, squeezing retirees’ fixed incomes. A shift to remote work – at least some of the time – for many white-collar workers has made the transition back to the daily grind more palatable.

While his retired clients “still liked the work, the commute and office politics … were huge factors in them agreeing to part ways earlier than they originally planned,” says Jack Phelps, president of the Relaxing Retirement Coach, a consulting and financial planning firm in Wellesley, Massachusetts. “Without the need to be in an office, we’ve seen (returning retirees) spend time working from destinations” such as Florida.

Their comebacks could help relieve a nationwide labor shortage that has driven wages and inflation higher while curtailing economic output and leaving consumers frustrated by long restaurant waits and limited hotel housekeeping service, among other impacts.

RETIREMENT RISK: A financial shock could wreck retirees' or pre-retirees' finances: Here's how to be ready

But older workers comprised the single biggest group of Americans who stopped working or looking for jobs. With their planned retirements just a few years away, many decided to move up the timetable as they faced increased health risks, burnout and 401(k) plans swollen by a booming stock market. A large number were laid off or took buyouts.

About 1.5 million of the 3.5 million baby boomers who retired during the crisis did so sooner than intended, according to Pew Research. The Federal Reserve Bank of St. Louis puts the figure at 2.4 million.

That means early retirees will account for the lion’s share of the nation’s longer-term labor shortage after most prime-age workers who are still outside the labor force trickle back this year. By year’s end, the workforce will still be 1.7 million Americans shy of where it would have been if the pandemic hadn’t occurred, estimates Mark Zandi, chief economist of Moody’s Analytics.

'Not having to do anything'

Nahm is doing his part to close that gap. As a contract researcher for oil and gas companies, he enjoyed tracing properties back to the 19th century to determine who owned the mineral rights and handing homeowners big checks that changed their lives.

Rather than hunt for another job, “I found my wife and I had so many other hobbies and pursuits that were more fulfilling,” he says.

They included volunteer work with low-income residents, raising hundreds of lavender and other plants (some for sale to local shops) on their 8-acre ranch, hiking, biking, swimming, skiing, playing the piano, playing with his grandkids and hanging out in their greenhouse, which includes a pool.

Then there was “the freedom to change my mind every day about what I’m going to do or not having to do anything," Nahm says. "It’s kind of addictive.”

Inflation 'can definitely be a buzzkill'

But while their retirement nest egg was “decent … we weren’t prepared to stop working,” he says.

They were forced to scale back their donations to local charities. Instead of dining out three times a week, they downshifted to three times a month and scrapped vacations to places like Hawaii, Mexico and Florida. Nahm also sold his tractor for $15,000, forcing him to harvest his lavender plants by hand.

“It has been frustrating,” he says. “There’s been a drop-off.”

Meanwhile, the surge in gasoline prices has made 60-mile trips to Denver to visit his son far less manageable.

“This runaway inflation of everything now can definitely be a buzzkill,” Nahm says.

The financial pressures, along with an abating pandemic, prodded him to take the offer for the power line project, noting that his job requires frequent meetings with clients and landowners.

“Things are definitely better,” he says of COVID. “I’m not going to be ruled by fear anymore.”

Other early retirees are also feeling the financial squeeze. A growing number have taken out reverse mortgages to tap the equity in their homes and tide them over until Social Security kicks in, says Christian Mills, head of of financial adviser relations for Reverse Mortgage Funding.

How much can boomers help?

"They're saying, 'How can I get out and maintain my standard of living?" he says.

Can baby boomers like Nahm make up the shortfall in the work force?

The share of 55- to 64-year-olds working or looking for jobs climbed to 65.5% in March from 64.4% a year earlier, reaching its prepandemic mark and indicating that many of the returning workers were early retirees, says Moody’s economist Sophia Koropeckyj. By contrast, the labor force participation rate for those 65 or older was 19.1%, more than a percentage point below its pre-COVID level.

RETIREMENT HOPES: Which generation is the most optimistic about retirement? Millennials. Here's why.

A separate study of Census data by the Center for Retirement Research at Boston College found that over time, 5.8% to 7.8% of people who were retired in a given year worked at some point the following year. The rate rises predictably as job openings increase.

Since openings as a share of total employment is near a record high of 7% – more than double its two-decade average – the retirement research center expects nearly 2% more retirees than normal to come back to work during the economic recovery, or about 300,000 of the 15 million retirees aged 55 to 70.

“It will help ease the labor shortage, but it won’t come close to (resolving) it,” says Geoffrey Sanzenbacher, a author of the study and an economics professor at Boston College.

Both Bunker and Sanzenbacher, however, say the number could increase significantly if COVID continues to fade and job openings and wage growth stay high. The pandemic, they note, has spawned unprecedented work arrangements.

“If the ability to work remotely makes employment more attractive, the unretirement rate could be larger than anticipated,” the center’s study concluded.

Twenty-eight percent of retirees surveyed last month by Morning Consult said they planned to come back to the work force within the next year, though the research firm notes the actual number of returnees has fallen well short of their expectations.

The vast majority of early retirees are content and unlikely to go back to work.

'It becomes your life'

Ed DeBerry, who was a senior producer for NBC News, took a buyout in October. DeBerry, who lives in Charlotte, North Carolina, had to work partly in the office through much of the pandemic and both he and his wife, Carolyn, contracted COVID early last year.

After that, working “was just exhausting,” DeBerry, 64, says. “There was a high level of anxiety.”

He planned to work until he could receive full Social Security benefits at age 67. DeBerry says he always monitored news developments seven days a week. “It becomes your life,” he says.

But his COVID bout “helped put in perspective what’s important in life,” he says. “I was surprised how little I missed it.”

Although Carolyn, a school counselor, has retired as well, their financial planner told the couple they could live comfortably on their Social Security and pensions after DeBerry’s buyout payments end in October. For DeBerry, they amount to about half his former salary.

They’ll continue to dine out three times a week and take two big vacations a year, along with a few weekend trips, he says. “You don’t have to drive to work or buy clothes for work,” he says. “Our lifestyles are pretty modest.”

“A lot of times we work for things we probably don’t need.” 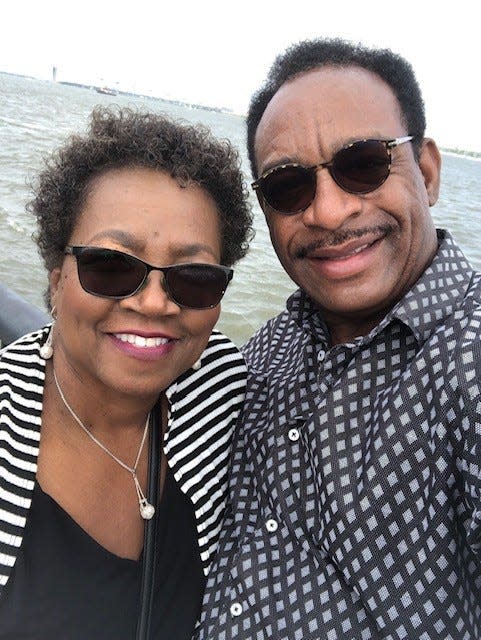 He fills his time with yard work, spending time with family and preaching at his church. He also devotes 20 to 30 hours a week producing videos for a church-related nonprofit, volunteer work that’s similar to his old job but “a lot more gratifying.”

Earlier this year, NBC contacted him about working on the Winter Olympics for a month. Twenty percent of retirees surveyed by Resume Builder last year said former employers asked them to come back because of the labor shortage.

“It was a little thrilling,” he says but he figured one project would have led to another. “I didn’t want to get on the treadmill again.”

This article originally appeared on USA TODAY: Labor shortage 2022: Some who retired early during COVID are returning