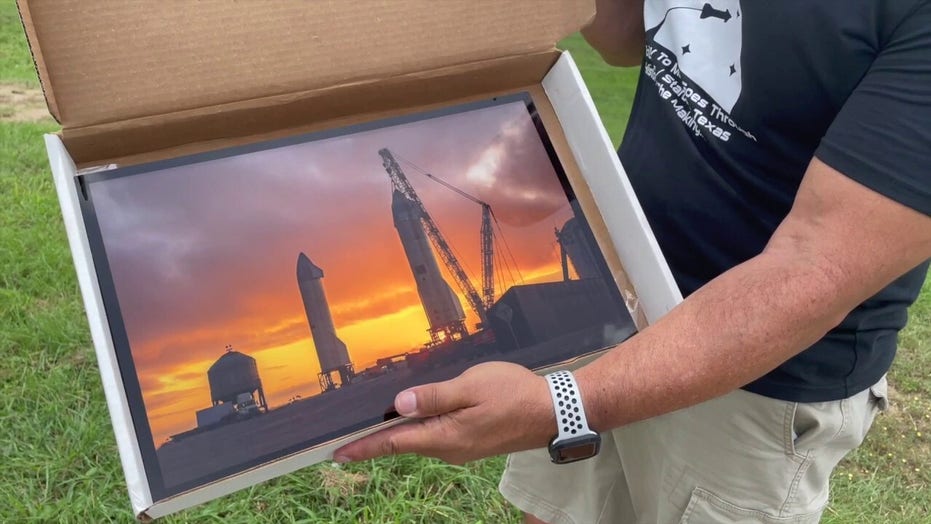 A teacher’s front row seat to the final frontier

A retired teacher spent breaks from his cancer treatment combing social media for pictures of SpaceX rocket launches, yearning to join his fellow photographers in Boca Chica, Texas, to document the historic events.

“I would read up on it, and I would see it and think, ‘Man, I wish I was out there,'” Daniel Sanchez told Fox News. “I’d think, ‘I’m going get through this, and I’ll have my opportunity to eventually get out there.'”

“I was just waiting for the day to come that I would be able to get out there and shoot some photos myself,” Sanchez continued, noting that he would watch the SpaceX launches on YouTube.

Sanchez was diagnosed with appendix cancer in September 2018. He said doctors called it a “one in a million” diagnosis.

Sanchez said he was told he had “too many tumors” all over his abdominal cavity and that he wasn’t a good candidate for surgery. He said he went through six rounds of chemotherapy.

“To have SpaceX come in and establish a location here, it was like a dream come true for me,” Sanchez said.

“This is almost the end of the world. You have to drive so far to get here you can’t go anyplace beyond this,” said Ed Fudman, a Tesla owner cruising around Boca Chica on vacation. “You are right at the edge. It’s just amazing that they found this place.”

Paul Brannon drove his wife and kids down from Greenville, South Carolina, to see it for himself.

“It’s crazy, we’ve been following it on the internet watching the launches and the crashes,” Brannon said.

The SpaceX facility is home to production of “Starship,” a prototype rocket designed to one day carry crew and cargo on trips to the moon and Mars. To date, several high-altitude test flights have been conducted with varying levels of success. The May 5 test of Starship SN15 was the first successful launch and nominal landing on the pad.

The launch activity has turned some local photographers into social media celebrities.

“I love photography. I love space travel, anything with astronomy,” Sanchez told Fox News. “You combine those two, and it’s the perfect thing for me to do.”

“This is a really nice distraction for me. Kind of gets my mind off of my cancer situation,” Sanchez continued.

Sanchez said he was reluctant to start posting his photos on social media. But when he heard Musk was on Twitter, he joined several other local photographers who have gained a steady following online.

“It’s relaxing. I’m fascinated, I take my photos, and I rush home, load them on my computer to go see what I have,” Sanchez said. “And it’s very rewarding to see these images and to think that it really is history in the making.”

“And I’m documenting some of those and I told my boys, my sons, ‘You know what, hold on to these photos after I’m gone because they’re going to be valuable there,'” Sanchez continued. “We’re documenting history as it happens. And I love it.”