A Nebraska man accused of participating in the storming of the U.S. Capitol was arrested Monday in Omaha, the FBI said.

Brandon Straka of Omaha faces federal charges of impeding a law enforcement officer during civil disorder, knowingly entering and remaining on restricted grounds, and engaging in disorderly conduct with intent to disturb a hearing before Congress.

TEXAS MAN ARRESTED IN DC WITH UNLICENSED PISTOL, OVER 80 ROUNDS AFTER TELLING COP HE NEEDED INFO ON OVAL OFFICE 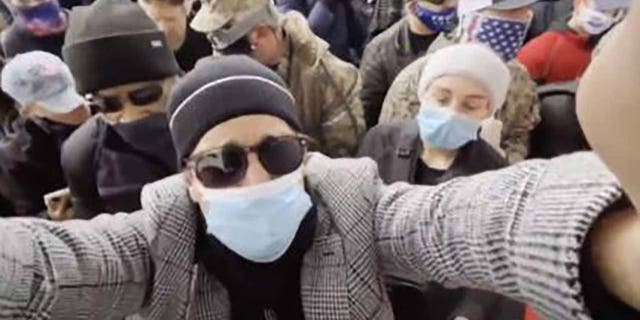 A federal criminal complaint included a screenshot of a video clip obtained by the FBI showing Straka in a crowd outside the Capitol on Jan. 6. As he neared the entrance, Straka turned the camera to film himself stating, "They’re using gas. We’re being gassed right now." (Justice Department) 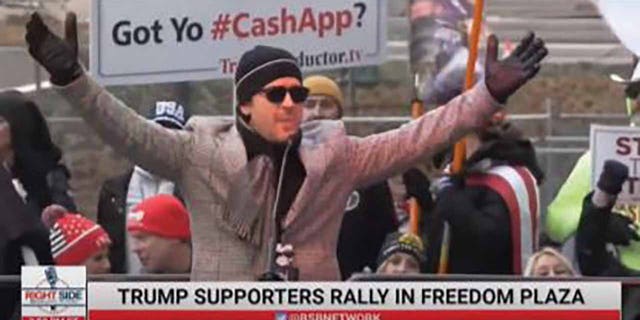 The criminal complaint also included a screenshot of Straka’s speech at the "Stop the Steal" rally in Freedom Plaza on Jan. 5. It noted he was wearing the same hat, sunglasses, and coat that he wore the next day in the video at the Capitol. (Justice Department)

Straka moved closer to the entrance and was within a few feet of the doorway and then turned the camera on himself and allegedly said, “They’re using gas. We’re being gassed right now.”

An FBI special agent noted in the affidavit that Straka was wearing the same hat, sunglasses and coat that he wore during a speech at a “Stop the Steal” rally on Jan. 5 in Washington, D.C.