Transgender patient CAN sue Catholic hospital that refused to perform hysterectomy when he transitioned from female to male: Supreme Court declines to take medical center’s side

A transgender man is allowed to sue the Catholic hospital that refused to perform a  hysterectomy on him when he transitioned from a woman, the Supreme Court rules.

Evan Minton, 35, said that he started to transition in 2011 and five years later, his surgeon arranged a hysterectomy at Dignity’s Mercy San Juan Medical Center in the Sacramento suburb of Carmichael.

But Mercy San Juan Medical Center refused to perform the procedure, calling it an ‘elective sterilization’ that violated the hospital’s ethical and religious obligations.

Minton ended up getting the surgery three days later, but at a different hospital. He sued under a California law that bars discrimination.

On Monday, the Supreme Court voted to reject the hospital’s appeal against the lawsuit. Three conservative justices Clarence Thomas, Samuel Alito, and Neil Gorsuch voted to hear the case, one short of the number needed to grant review.

Minton filed his lawsuit in 2016. A trial judge ruled against Minton later that year, but then a California appeals court in 2019 sided with the patient, rejecting the hospital’s argument that forcing it to perform procedures contrary to its religious beliefs would violate its right under the U.S. Constitution’s First Amendment to the free exercise of religion. 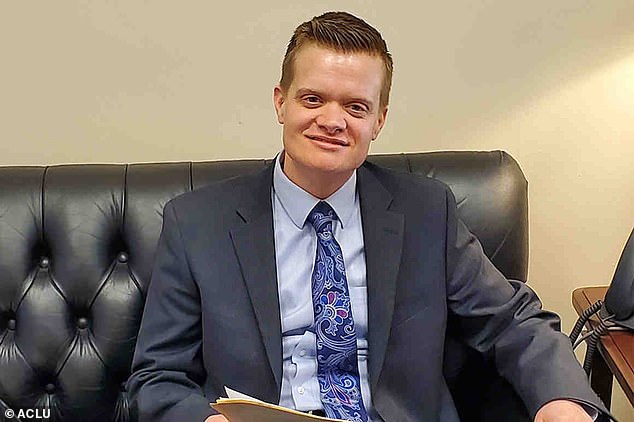 Evan Minton, 35, who was denied a hysterectomy surgery at Mercy San Juan Medical Center related to his gender transition in 2016. Now, he can go ahead with a discrimination lawsuit against the Catholic hospital that canceled his surgery, an appeals court ruled, Monday 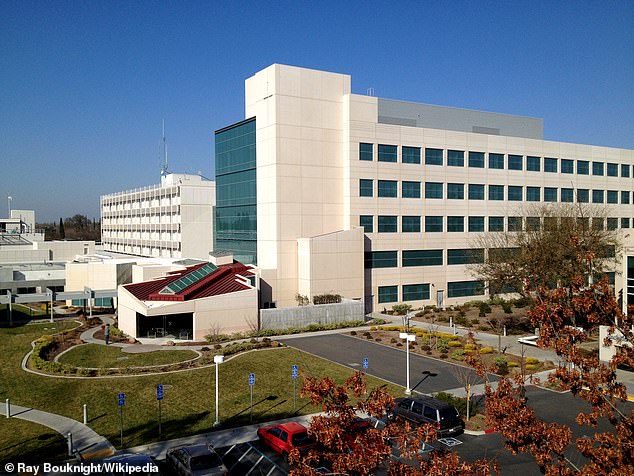 In 2016, when officials at Mercy San Juan Medical Center (pictured), a Catholic hospital near Sacramento, learned Minton was transgender, they canceled his scheduled hysterectomy two days before it was to take place, calling it an ‘elective sterilization’ that went against Catholic beliefs

‘This case poses a profound threat to faith-based health care institutions’ ability to advance their healing ministries consistent with the teachings of their faith,’ the hospital told the justices in a court filing at the time.

Previously mentioned in court filings, Minton’s hysterectomy was ruled as ‘medically necessary’ to treat gender dysphoria, which the American Psychiatric Association defines as ‘clinically significant distress’ due to a conflict between a person’s gender identity and sex assigned at birth.

The hospital routinely performs hysterectomies on non-transgender patients to treat other issues, such as chronic pelvic pain or uterine fibroids, according to the court case’s legal filings.

Later on Monday, Minton and the American Civil Liberties Union expressed their satisfaction on the high court declining to review the California ruling.

‘Since Dignity Health turned me away for being transgender, I’ve had multiple medical emergencies and I can’t stand to go to my neighboring Dignity Hospital because of the discrimination I was put through,’ Minton said in an ACLU release. ‘In one instance, I called my doctor and had them talk me through a procedure I performed on myself to avoid having to go into one of their hospitals.

The plaintiff also said that he hoped the hospital will soon be held accountable.

‘I hope Dignity Health will finally take responsibility for what they did to me and what they continue to do. I applaud transgender Californians and people across the country who are sharing their denial of care experiences,’ Minton said.

‘This should not be our private pain and shame. We deserve health care, we deserve restroom access, we deserve to play on sports teams, we deserve better. With my community by my side, I look forward to carrying on in this fight for justice.’

Dignity Health said it would continue litigating the case in lower courts. However it responded to the high court’s decision, saying that it ‘stands against discrimination of all kinds,’ and regrets ‘that Mr. Minton’s hysterectomy was incorrectly scheduled at one of our facilities that does not provide the service he needed.’ 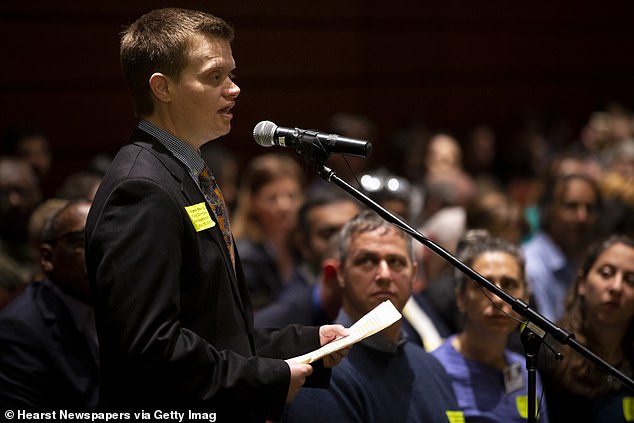 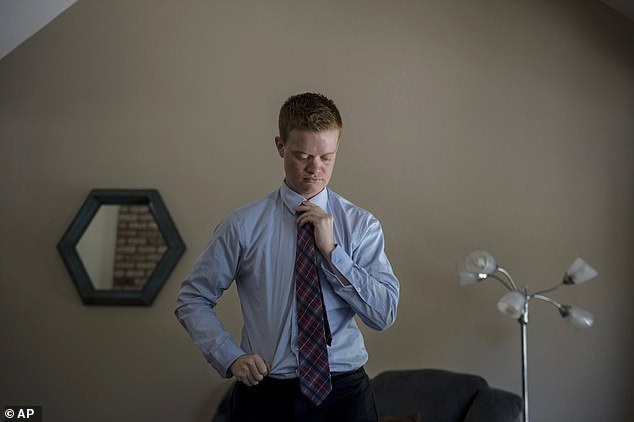 Meanwhile, the Supreme Court’s decision not to step in is the latest win recently for transgender rights groups at the court. In June, the justices declined to weigh in on a different case involving transgender rights.

In that case, the justices rejected a Virginia school board’s appeal to reinstate its transgender bathroom ban. Transgender rights groups and a former high school student had fought in court for six years to overturn the ban.

In 2020, the high court ruled that a landmark civil rights law protects gay, lesbian and transgender people from discrimination in employment. The 6-3 decision was a resounding victory for LGBT rights from a conservative court.

The court said a key provision of the Civil Rights Act of 1964 known as Title VII that bars job discrimination because of sex, among other reasons, encompasses bias against people because of their sexual orientation or gender identity.

The justices told a lower court to reconsider its decision to throw out a bid by the Roman Catholic Diocese of Albany and other plaintiffs to widen an existing religious exemption to a 2017 state regulation that requires health insurance policies to cover ‘medically necessary’ abortions.