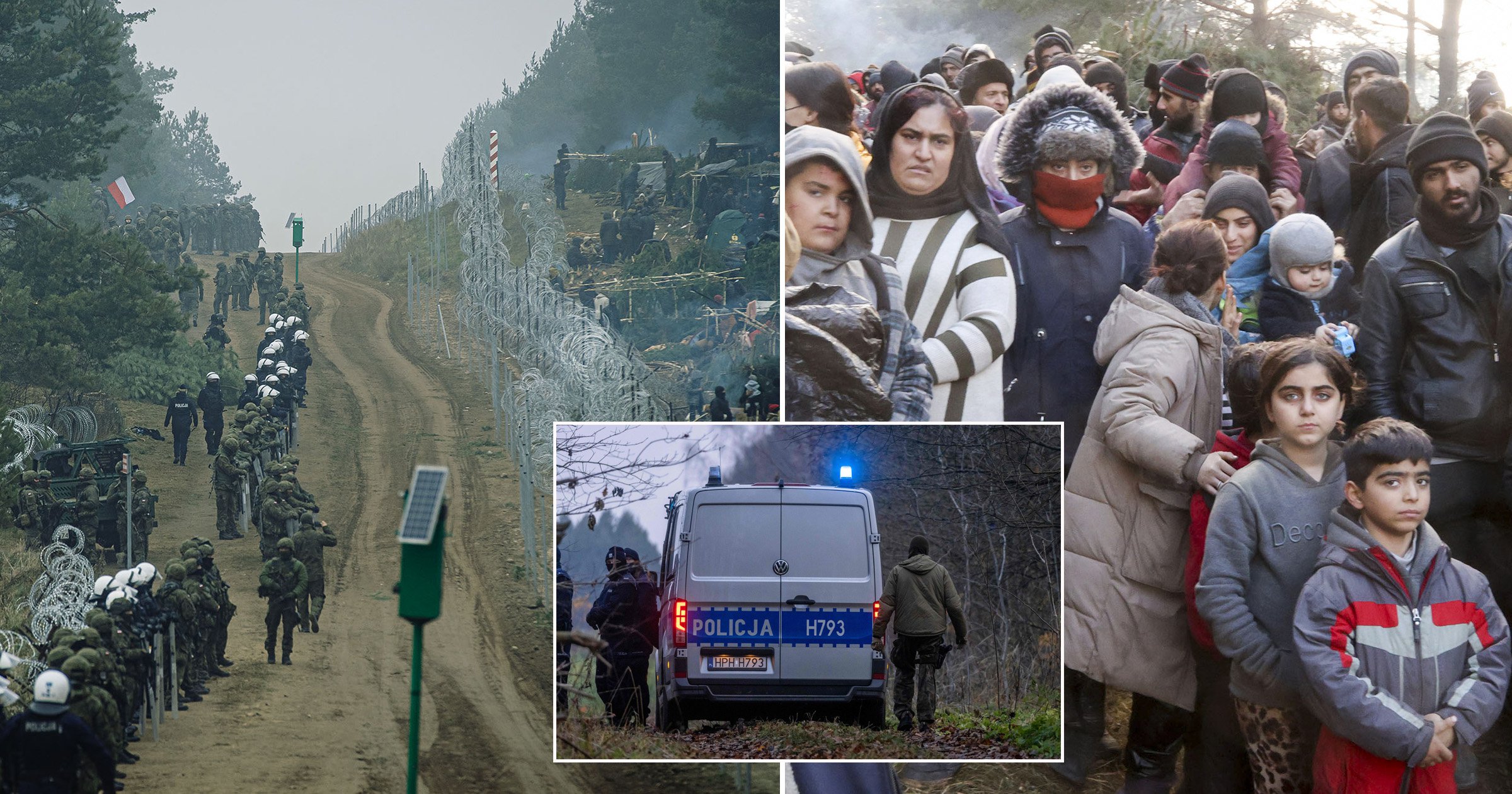 A young Syrian man died in the woods around the border between Poland and Belarus, taking the death toll of the migrant crisis up to nine.

Desperate people from the Middle East and Africa are being used as pawns in a political standoff at the European Union’s eastern border.

Belarusian president Alexander Lukashenko, dubbed Europe’s last dictator, has allegedly been encouraging migrants to use his country to enter the EU.

There are currently around three to four thousand people stuck at the border in Belarus as soldiers from Poland, Lithuania and Latvia refuse to let them past their frontier.

Although the death toll is not certain, at least nine people have died in the crisis with some freezing to death, running out of food and water or even getting murdered.

The young Syrian man is the latest victim of this political conflict, Polish police confirmed, although it is not yet known how he died.

The crisis is showing no signs of abating with British troops sent to Poland’s easter border and Russia declaring its support for Belarus.

The EU has accused Lukashenko of trafficking migrants from war-torn countries in retaliation for sanctions against his regime.

The bloc punished Belarus after Lukashenko was thought to have delegitimised what was supposed to be a democratic election last year, then responded to local uprisings against it violently.

It is believed that Lukashenko has created this ‘artificial migration route’ to put pressure on Europe, which has made huge efforts to curb migration since 2015, when a surge of people came to the continent in search of a better life.

The standoff has left people fleeing conflict and poverty in an extremely dangerous situation.

Russia’s president, Vladimir Putin, has shown his support for Belarus and its leader by sending nuclear bombers and paratroopers to carry out military exercises in the country.

There are worries the conflict could put the UK’s gas supplies in jeopardy, with Lukashenko threatening: ‘We are warming Europe, and they are threatening us. And what if we halt natural gas supplies?’

He was referring to Russia’s Yamal-Europe pipeline which passes through Belarus. But this pipline only provides about 5% of the UK’s gas supply.

The Ministry of Defence (MoD) confirmed on Friday it had sent a few British troops to help Poland secure its border.

A spokesperson said: ‘The UK and Poland have a long history of friendship and are Nato allies.

‘A small team of UK armed forces personnel have deployed following an agreement with the Polish government to explore how we can provide engineering support to address the ongoing situation at the Belarus border.’