The Whitehall departments where half of staff are still working from home: Most departments are more than a third empty as thousands of civil servants continue to stay away from the office

Most Whitehall departments are still more than a third empty despite a major drive by ministers to get staff back to their desks.

Latest official figures show 12 of the 19 main government departments were less than 67 per cent occupied at the start of the month as thousands of civil servants continue to work from home.

The Foreign Office’s building in King Charles Street was the quietest with just four in ten officials present, despite their crucial role in imposing sanctions on Russia and trying to fix the Brexit deal. 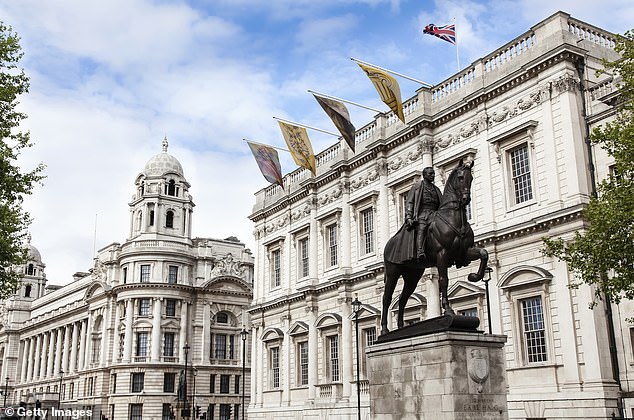 The figures come despite senior ministers fighting to end the ‘WFH’ culture that took hold during lockdown. The Foreign Office’s King Charles Street building is pictured above

The Home Office, responsible for the Government’s policy to deport migrants to Rwanda, was just half full (51 per cent occupied). HMRC was little better at 53 per cent – amid growing complaints over how long tax officials are taking to answer phones.

Only two HQs were more than three-quarters full in the week commencing June 27 – the Department for Trade (79 per cent) and the Ministry of Defence (80 per cent). Former Conservative Party leader Sir Iain Duncan Smith told the Daily Mail: ‘They need to get back to work. There’s no excuse.’

The figures come despite senior ministers fighting to end the ‘WFH’ culture that took hold during lockdown.

Cabinet Office minister Jacob Rees-Mogg, who drew up the HQ occupancy league table, took to patrolling buildings and leaving notes on empty desks. But as the Mail has revealed, dozens of government bodies have quietly agreed to ‘hybrid’ working policies this year that only require staff to be present two days a week.

At a recent grilling by MPs, head of the Civil Service Simon Case admitted: ‘It is vital we make best use of taxpayers’ money.’ But he also added: ‘Hybrid working has been part of the way the Civil Service works for a decade.’

A government spokesman said: ‘The number of civil servants working from offices is increasing across Whitehall. However, there is more to do.’ 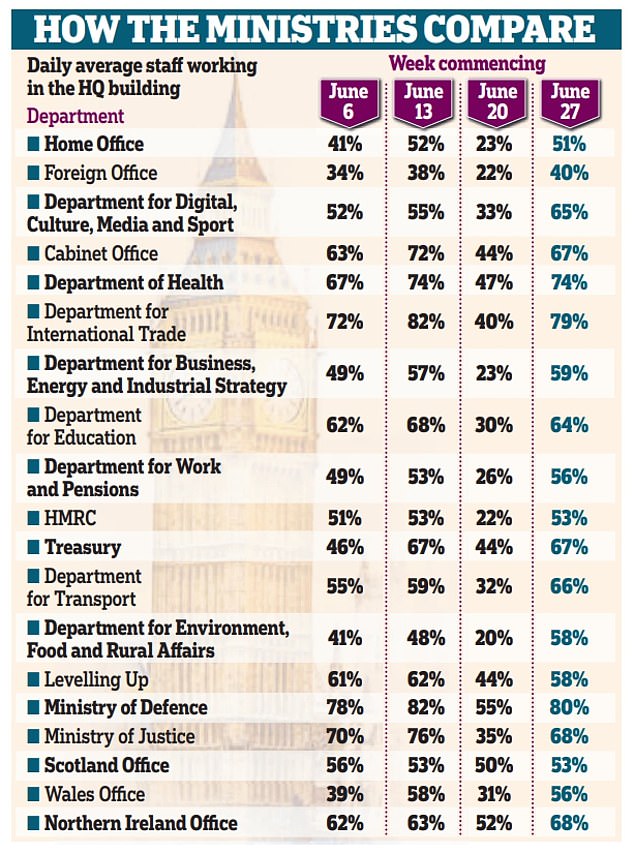