‘Brandon got barristers back to work in two weeks as Justice Secretary’: Tory sniping at Dominic Raab after he disowned predecessor’s £50m deal to settle strikes

Tories hit back at Dominic Raab today after he disowned the deal that ended strike action by barristers.

The Justice Secretary said he would not ‘unpick’ the £54million agreement sealed by predecessor Brandon Lewis – but made clear he was not happy with it.

Appearing before MPs yesterday, Mr Raab – who was sacked from the Ministry of Justice by Liz Truss and then reinstated to the department by Rishi Sunak last month – suggested it would mean money being taken away from victim support, drug rehabilitation or education.

However, allies of Mr Lewis told MailOnline he had managed to resolve the long-running dispute and end ‘months of paralysis’ in the courts in a matter of weeks.

‘Brandon broke the strike and got barristers back to work within two weeks of the starting as Justice Secretary after constructive talks,’ one said.

‘Justice comes at a cost, and it’s right we pay barristers properly to facilitate justice. It is a shame to see Dom turn his back on a mutually beneficial and widely welcomed agreement that had got our justice system moving again after months of paralysis’ 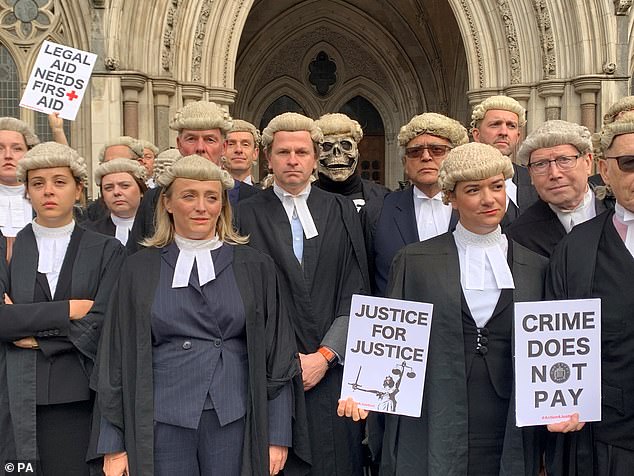 Criminal barristers went on strike earlier this year in a dispute over legal aid. The industrial action ended after the Government agreed to a £54m deal 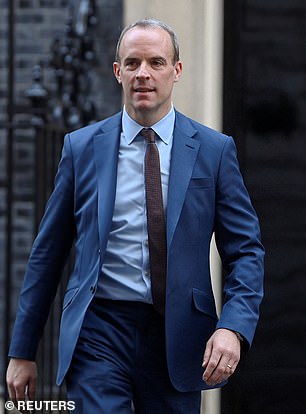 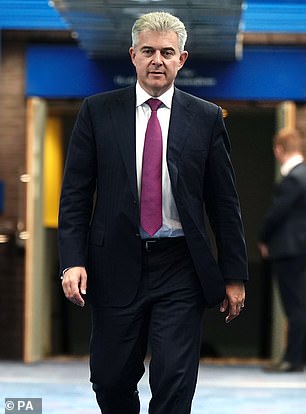 The walkout action by barristers began while Mr Raab was Justice Secretary.

At the end of September, Mr Lewis agreed to a further £54million of investment in the criminal bar and solicitors to bring to an end the criminal barristers’ strike over fees and conditions.

However, Mr Raab refused to credit Mr Lewis for ending the barristers’ strike.

Asked why it had taken Mr Lewis only a few weeks to end the Government’s dispute with barristers, Mr Raab told the committee: ‘I thought the strike action… although I’m sympathetic to the pressures on the criminal bar, I didn’t think it was warranted.

‘And by the way, the cost of what it took to settle that is over £50million.

‘So whilst I’m not going to backtrack on a deal that was previously done, the idea that a magic wand could be thrown at this, or it was just a question of a diplomatic fix or niceties is not the case.’

Mr Raab expressed his frustration at the added pressure the agreement was putting on the Ministry of Justice budget at a time of wider Whitehall spending cuts.

Asked by Labour MP Karl Turner whether he believed, if he hadn’t been temporarily removed from his Cabinet role by Ms Truss, whether the strike would still be going on, Mr Raab replied: ‘I made my position clear, I don’t look back on it and think that that was wrong.

‘Because I think, otherwise, you’ve got to explain where the over £50million is going to come from.

‘On the other hand, it having been settled, I don’t believe in unpicking deals that have been done. I don’t think that’s quite right as a matter of faith.

‘I think it did significant damage – I think the CBA didn’t behave in a responsible way.

‘And the £50million pressure that’s put on budgets on top of the Autumn Statement is something I’ve got to then find.

‘Those are the real problems in the real world that Government ministers have to grapple with.

‘That money just doesn’t come out of thin air.’

Mr Raab added that industrial action by criminal solicitors – which is currently being considered as part of the wider dispute over pay for legal aid work – was not ‘the right thing to do now’.