THE UK'S official coronavirus R rate has crept up again this week but remains below 1, Sage said today.

The R rate – which represents the number of people an infected person will pass Covid onto – is between 0.6 and 0.9 across the UK and between 0.7 and 0.9 in England. 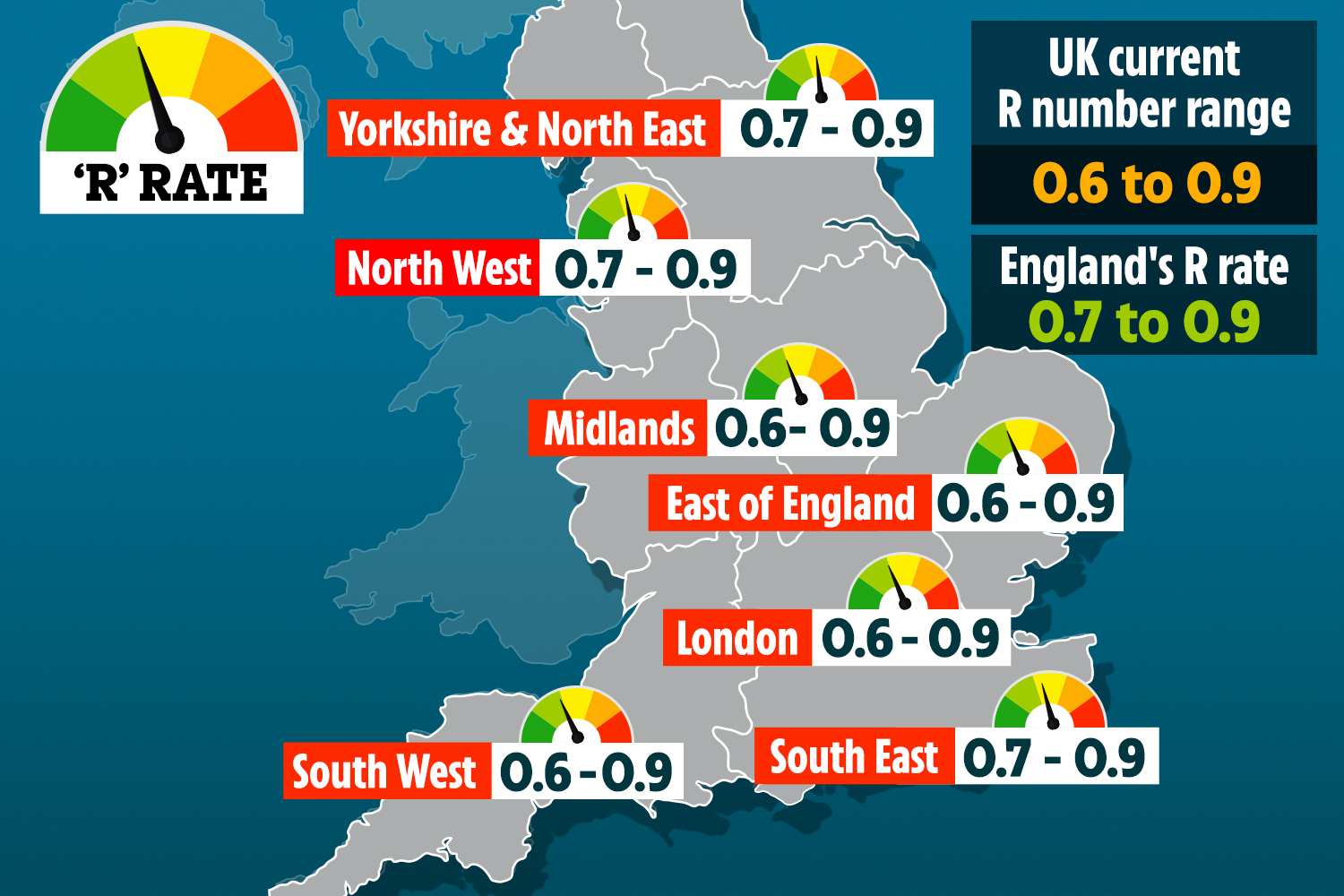 Last week government scientists estimated that the R rate was between 0.6 to 0.8.

It comes as data from the ZOE Symptom Tracker app revealed that cases of the virus have fallen by 20 per cent in just one week, despite schools have reopened at the start of the month.

Data from the app shows that currently, an estimated 4,470 people are falling sick with symptomatic Covid every day.

One in 1,369 school-aged children in the UK have symptomatic Covid, according to the study data, analysed by researchers at King’s College London (KCL).

This does not include children who may be silently carrying the virus with no symptoms.

Opening schools was the first step of lifting lockdowns, so the data bodes well for the next phase. 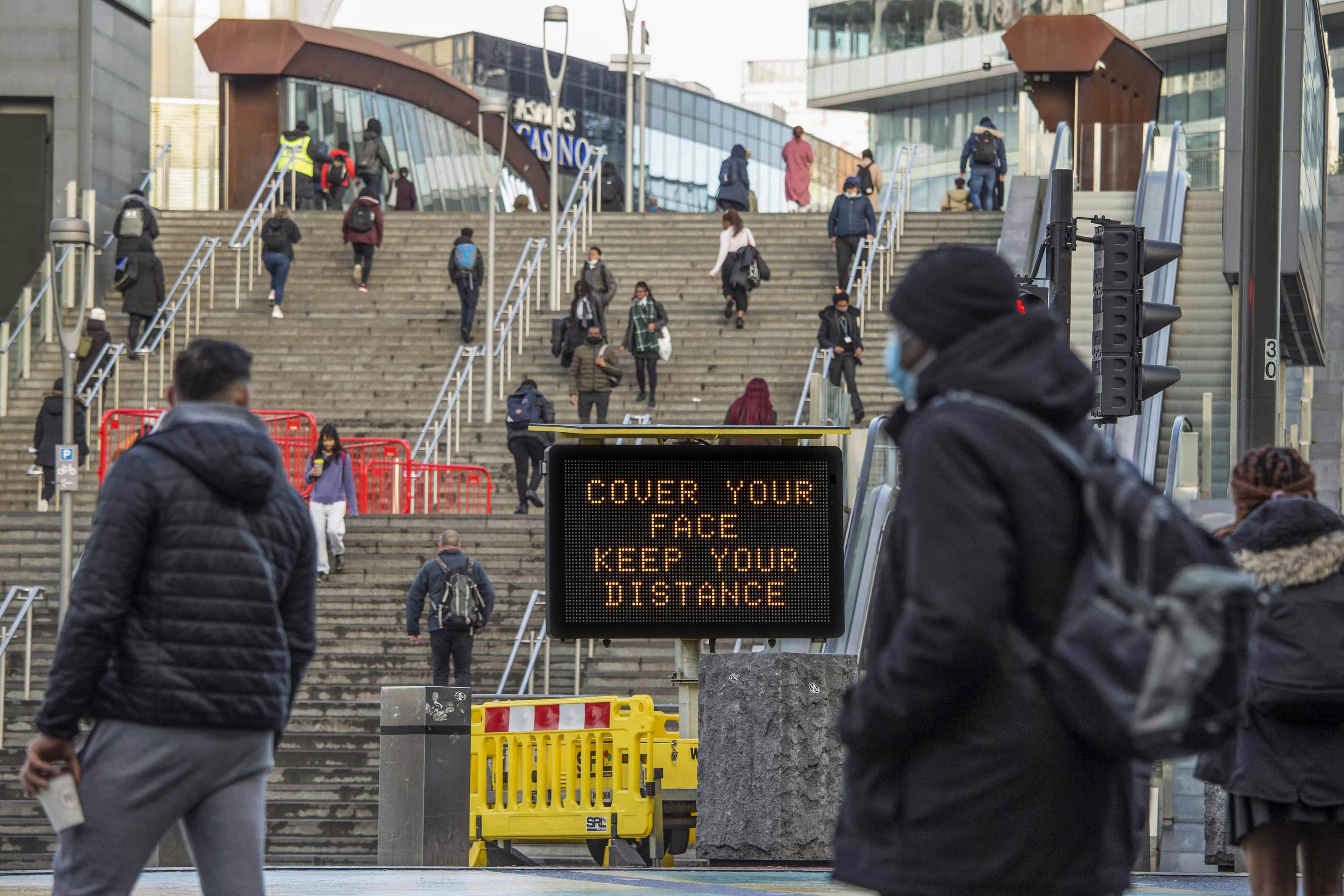 Schools reopened fully in England on March 8, and there has been a phased reopening in Wales and Scotland since February 22 – where most older pupils are not back in school yet.

In England, it's hoped the groups of up to six can meet in gardens and outdoor organised sport can go ahead from March 29.

A lower R rate is preferably for experts deciding on the easing of lockdown restrictions.

When the R is below 1, it means transmission is low enough for the epidemic to shrink – but greater than 1, it suggests the outbreak is growing.

The values are shown as a range, which means the true R rate most likely lies somewhere between the upper and lower estimates.

Breaking the R rate down regionally and the East of England, London, the Midlands and the South West all have the lowest R rates at 0.6 to 0.9.

The North East and Yorkshire, the North West and the South East all sit between 0.7 and 0.9. 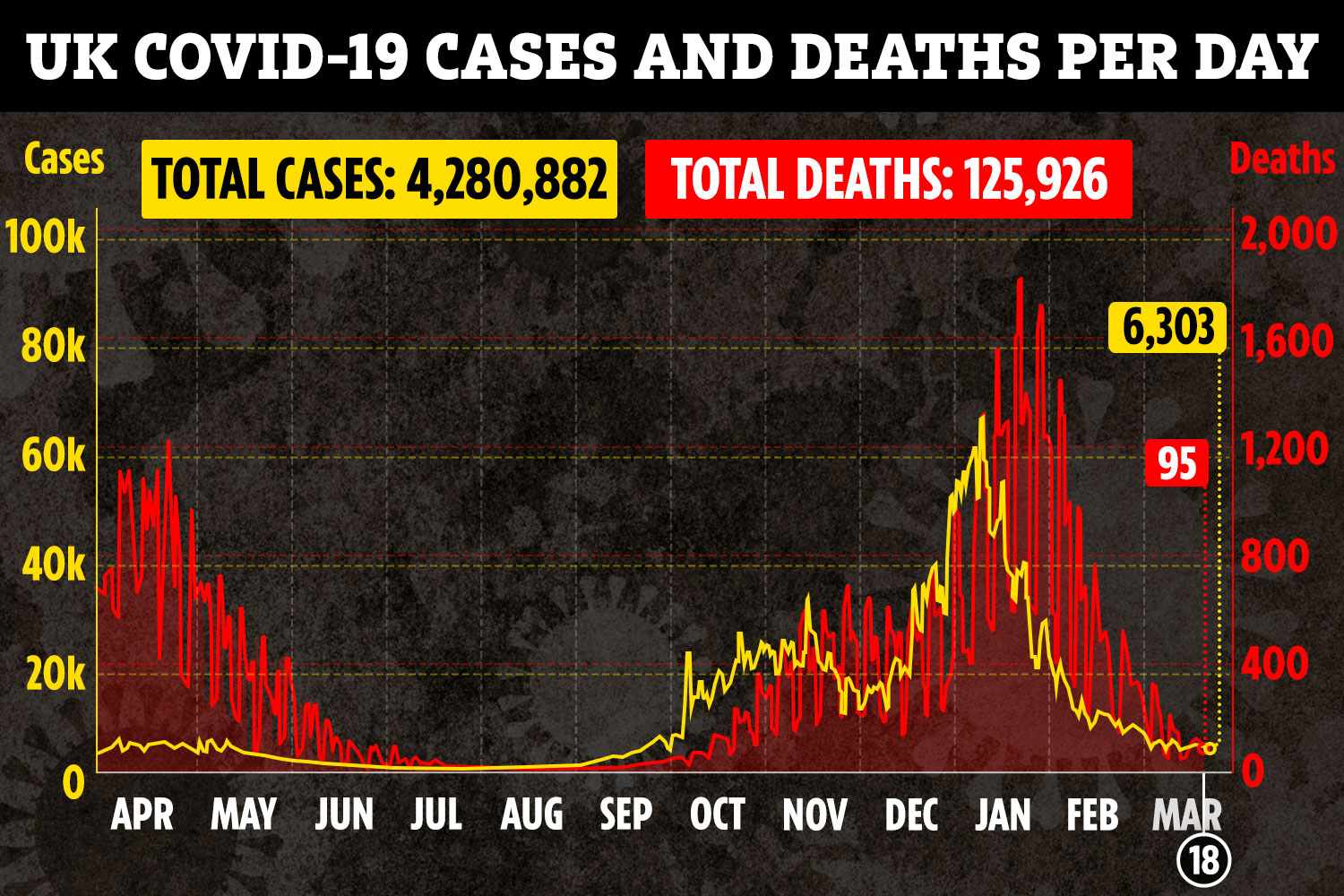 Sage today said: "While the epidemic continues to decrease nationally, there may be more variation in transmission locally within regions, with slower rates of decline in some areas and communities.

"These estimates are based on the latest data, available up to 15 March, including hospitalisations and deaths as well as symptomatic testing and prevalence studies.

"These estimates represent the transmission of Covid-19 over the past few weeks."

"As R is a lagging indicator, the latest figures cannot account for the most recent policy changes, including the re-opening of schools in England. "

The height of the R rate in the North East & Yorkshire echoes data from the team at the ZOE app who today said cases have risen slightly in the region.

Figures from the Office for National Statistics (ONS) also reveals cases dropped by 25 per cent in England.

The ONS infection survey swabs thousands of people in random households every week.

What does R rate mean?

R0, or R nought, refers to the average number of people that one infected person can expect to pass the coronavirus on to.

Scientists use it to predict how far and how fast a disease will spread – and the number can also inform policy decisions about how to contain an outbreak.

For example, if a virus has an R0 of three, it means that every sick person will pass the disease on to three other people if no containment measures are introduced.

It's also worth pointing out that the R0 is a measure of how infectious a disease is, but not how deadly

And the figure is the lowest since the week to September 24 2020, when the estimate stood at one in 470.

But both studies warned that not all parts of the UK are seeing cases continue on a downward trend.