The Victorian government’s contact-tracing QR code system has processed almost 79 million check-ins, up from 37 million just three weeks ago, but experts say the code is poorly designed and could lead to unnecessarily slow and frustrating user experiences.

The government’s QR code system has been mandatory for many businesses since the end of May, after surveys showed less than half of people reported checking in when they arrived at a venue. It replaced a constellation of separate systems. 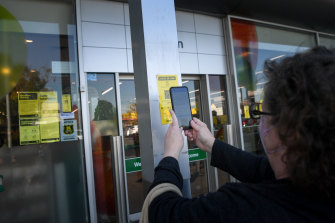 The government says its system uses complex coding to provide security and prevent fraud. It says use of the service has increased dramatically in the past month.

However, experts say the system is much more complex than it needs to be, producing QR codes that are slower to scan and will sometimes not scan at all if the image is not ideal – for example, if it is behind dirty plastic, or there is a reflection.

Codes generated by other states are much smaller and faster.

Melbourne-based software developer Nick Moore described Victoria’s codes as “vast overkill” and “behemoth”. “It’s pretty huge, and as a result not that easy to scan,” Mr Moore wrote on his website.

“There are definitely elements of this that are wasteful.” 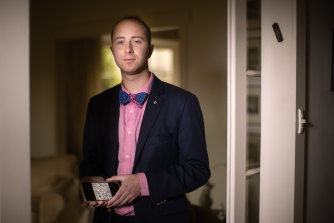 The ACT’s QR system produces codes that are quicker and easier to use. It was offered free to Victoria, but the state government decided to develop its own system.

“I went to Canberra for work. Their QR codes are, in my opinion, quicker than the Victorian ones,” said Dr Marc Cheong, a researcher at the University of Melbourne’s School of Computing and Information Systems.

“People like myself can’t check in, especially if they laminate the QR code and the reflections hit it.

“All these things compound the uptake, because when people try to do the right thing, if they realise there are technical barriers to doing the right thing, more often than not they will just give up.”

A government spokeswoman said the government used the same QR system as NSW.

“Our QR code system uses complex codes to provide high-level security and prevent fraud, with users directed to an app rather than a simple website, allowing fake QR codes to be identified before users are taken to other sites,” she said.

She pointed to the arrest of a man in South Australia for allegedly placing fake QR codes in businesses.

A QR code encodes a web address inside a black-and-white pattern, which phone cameras can decipher. The longer the web address, the more detailed the QR code needs to be. 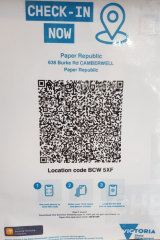 One of Victoria’s older QR codes. Note the complexity of the QR image.

App developer Bramley Turner-Jones said there’s no reason they need to be so big. “A shorter URL equals fewer squares in the code, [which equals] easier to scan,” he said.

A recent system update appears to have somewhat improved this problem, but Victoria’s codes still remain sluggish compared to others. 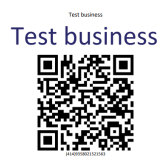 A code generated by The Age on Wednesday contained three times as much data as Queensland and the ACT’s codes.

Dr Cohney said the codes used a lot of extra characters they don’t need. The high amount of data encoded has led to a second problem, he said.

QR codes are designed with “error correction”, meaning if a phone can’t see part of the code – because it is poorly lit or covered in dirt – it will still scan.

“Say you got a bit of meatball on the corner of your QR code, or the paper is bent, or there’s a reflection coming off it,” Dr Cohney said.

Both South Australia and the ACT’s QR codes are smaller and have a higher level of error correction than Victoria’s QR codes, Dr Cohney said. “It’s much, much faster for the computer to read.”

Stay across the most crucial developments related to the pandemic with the Coronavirus Update. Sign up to receive the weekly newsletter.