JOEY Jordison, one of the founding members of Slipknot, died on July 26, 2021.

The drummer was born in Des Moines, Iowa, in 1975 and became part of the iconic heavy metal band in 1995. 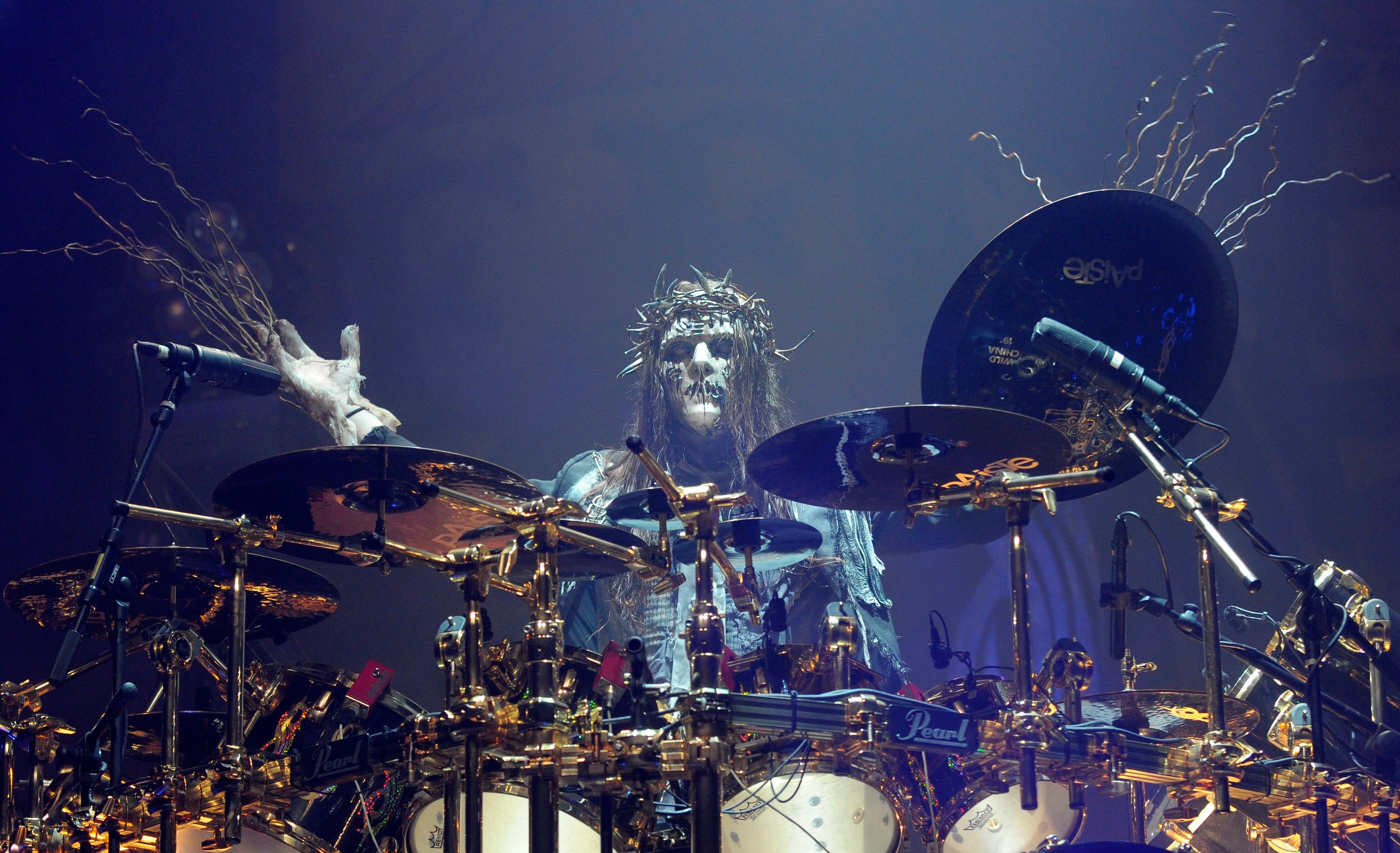 Formed in 1995, Jordison stayed in the band until December 12, 2013, when it was announced he left the band due to personal reasons but in a 2016 interview, he revealed he was fired.

"All I got was a stupid f***ing email saying I was out of the band that I busted my a** my whole life to f***ing create,” Jordison told Metal Hammer.

In 2016, Jordison revealed that he was diagnosed with transverse myelitis, a disease that causes inflammation in the spinal cord.

As a result, Jordison lost the use of his legs.

"I couldn't play anymore. It was a form of multiple sclerosis, which I don't wish on my worst enemy,” he said onstage at the Metal Hammer Golden Gods Awards back in 2016.

Jordison revealed that his bandmates had confused the disease as a substance abuse problem and was part of the reason he was kicked out.

It is unknown if the disease played a role in his untimely death.

Why do Slipknot wear masks?

The band explained the reasons behind why they wore masks on stage in an interview with BBC’s Artsnight program in 2016.

Frontman Corey Taylor said the masks gave the band uniqueness and went against the grain of the prevailing trends in heavy metal at the time the band started out.

He said: “That mask for me has always been a physical representation of the person inside me who just never had a voice.

“I had gotten a version of this mask when I was 14,” percussionist Shawn ‘Clown’ Crahan said while holding his legendary scary clown mask. “I just never knew why it was in my world but it was always around me. Then one day, it just so happened, it was that moment of clarity to decide what I want to project. This thing has no f**kin’ limits.”

Taylor had previously delved into the reasoning behind the masks in a 2014 interview, saying: People like me, Clown (Shawn ‘Clown’ Crahan), Sid (Wilson) and a couple of others, we change ours drastically. Because, for me, the mask is a representation of the person on the inside, and nobody stays the same over time – that's my belief.

“With every album, my mask has evolved, so this one, specifically, is supposed to represent the person behind the mask, but then the person behind that person, which is one of the reasons why it's two pieces, and you can peel the one off, and it's still a representation. So it's almost like having two different faces, but it's the same person."

The idea for the band to all wear masks was inspired by Crahan who would turn up to band rehearsals in Iowa in the early days of the group wearing a clown mask.

Taylor told Kerrang! Radio in February 2020: “I give a lot of credit to Clown. His imagination, his vision in a lot of ways has helped shaped this for so many years.

“Obviously, we contribute and do our part but his unifying vision in a lot of ways has helped us maintain that risk, that look, that attention to detail. So even when we do big things like a reveal on the internet for new outfits, new masks and stuff, it’s still a big deal.

“Because we started from day one knowing we had to evolve, knowing that we had to stay relevant and one of the things we knew we had to do.” 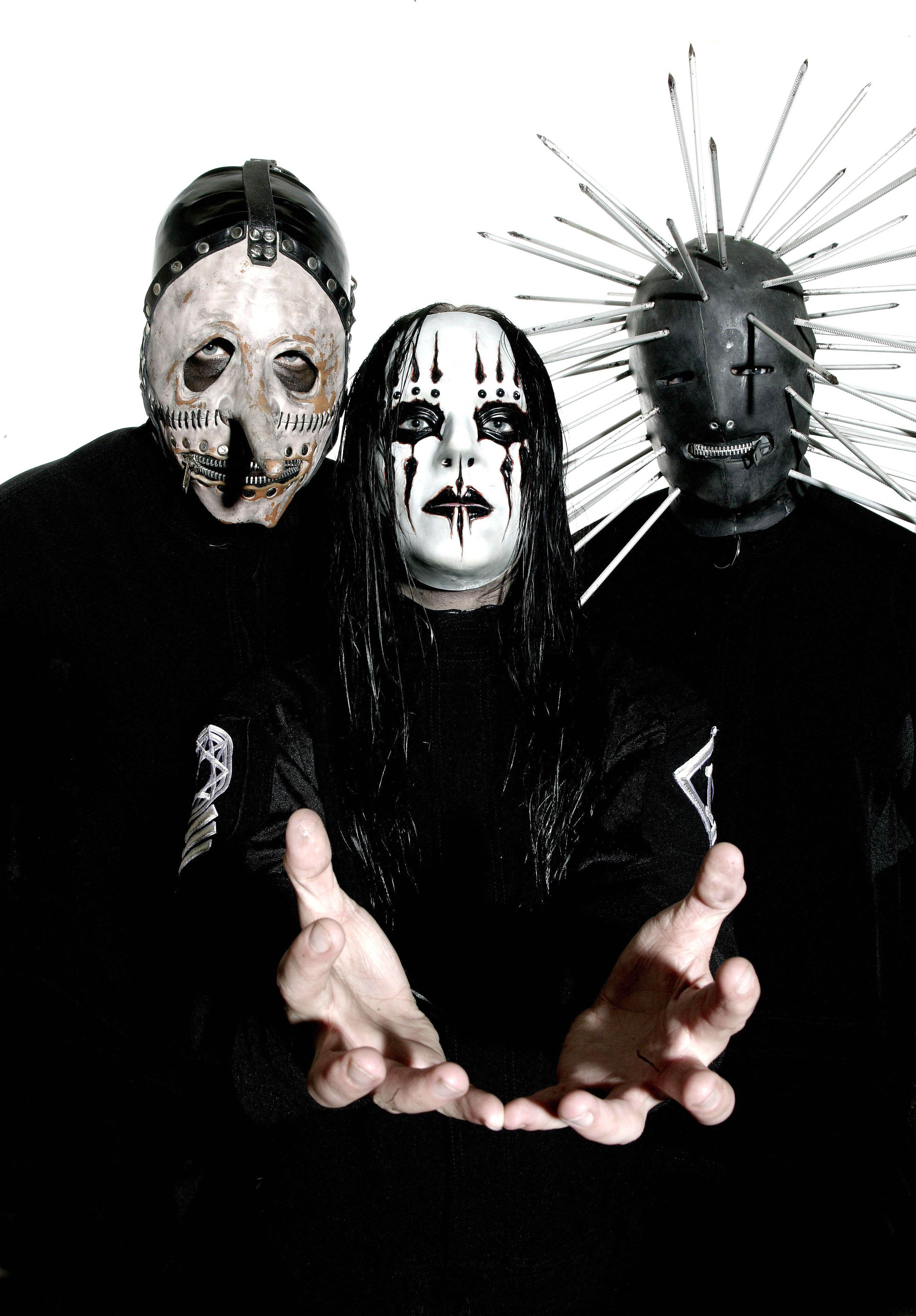 What have Slipknot said about Joey Jordison's death?

In a statement released by the family to Billboard, it was revealed that Jordison died in his sleep during the night at the age of 46.

"Joey’s death has left us with empty hearts and feelings of indescribable sorrow," the statement read.

"To those that knew Joey, understood his quick wit, his gentle personality, giant heart, and his love for all things family and music. The family of Joey have asked that friends, fans, and media understandably respect our need for privacy and peace at this incredibly difficult time."

A specific cause of death was not released.

"The family of Joey have asked that friends, fans and media understandably respect our need for privacy and peace at this incredibly difficult time," the statement adds.

"The family will hold a private funeral service and asks the media and public to respect their wishes."