A MANHUNT is underway after a partygoer shot dead one person and injured seven at a nightclub in Kansas, reports say.

The reveler was allegedly kicked out of the Enigma Club and Lounge in downtown Wichita just after midnight on Tuesday. 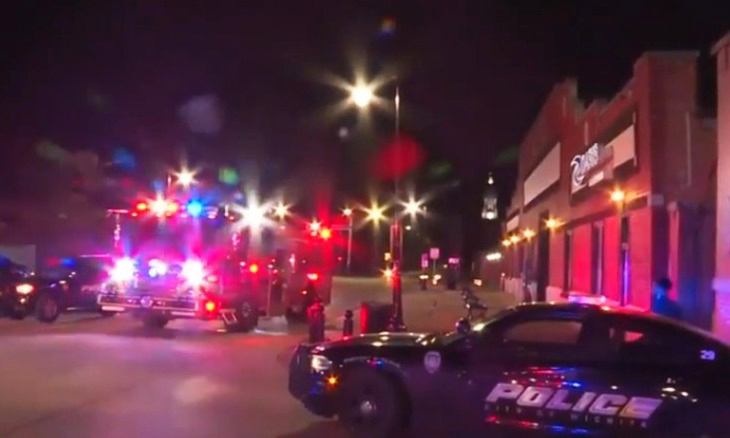 The suspect, thought to be in his 20s, reportedly got into a fight at the club before leaving, according to KWCH.

He then returned to the venue with a gun and opened fire from the sidewalk, KAKE reports.

Local media reports say that eight people were shot in total and a 30-year-old man was killed.

Two people suffered life-threatening injuries while another three were taken to hospital with serious injuries.

Emergency services remain on the scene and cops have not yet found the suspect.

Police told local media that no arrests have been made and they are working to get a vehicle description.

Footage uploaded to Facebook on Monday night appeared to show the club packed with revelers.

The incident came just a day after five people were shot at an LGBT club in Atlanta, Georgia on Labor Day morning after a black Pride event.

They all sustained non-life-threatening injuries and it remains unknown if the suspect has been caught.

Anyone with information should contact Wichita Police or Crimestoppers at (316) 267-2111.