Businesswoman, 54, fined £200 for exposing herself and performing a sex act outside Waitrose in front of shocked passers-by claims she was suffering from stress after firm she ran with her husband failed during the Covid pandemic

A businesswoman who exposed herself in public outside a Waitrose store has been fined £200 after claiming she was suffering from stress due to the decline of her firm during the Covid pandemic.

Beverley Dean, 54, admitted to exposing and performing a sex act on herself as she sat on a bench in broad daylight in Northwich, Cheshire on a Friday afternoon.

Beverley Dean (pictured), 54, admitted to performing a sex act and exposing herself in public

The court heard that during the incident, a mother walking her children down the street of a river bank reportedly had to hurry past in fear that they would see Dean – who was sitting with her blouse undone and jacket hanging off her shoulders.

She was eventually spotted by two financial advisors working across the street who alerted the police.

When police arrived, they searched Dean and discovered sex toys in her handbag.

During investigations, eye witnesses said she appeared to be filming herself as she touched herself under her skirt. However, no footage was found on her mobile phone.

At Chester magistrates court, Dean from Rudheath, Northwich originally faced jail time after she admitted to a charge of outraging public decency.

However, she walked free with a fine and community order after her lawyer said she was ‘too embarrassed’ to come to terms with what she has done. 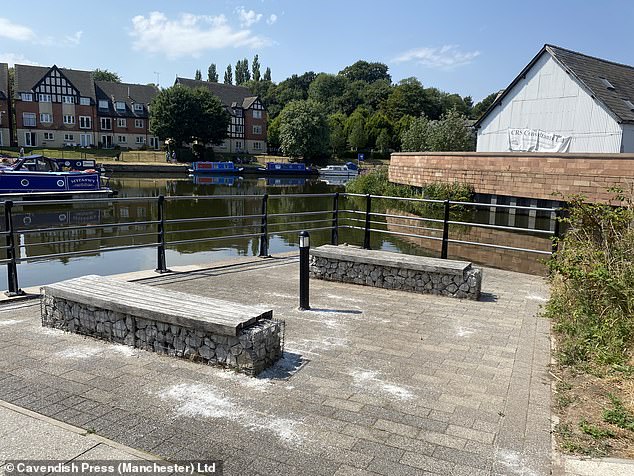 Pictured: The bench alongside the River Dane in Northwich where Dean was spotted 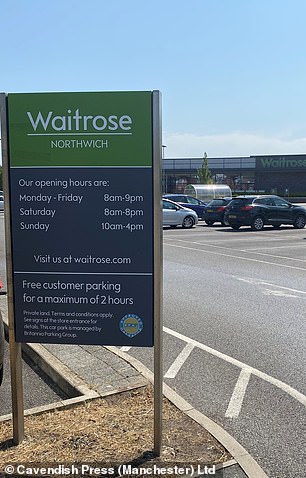 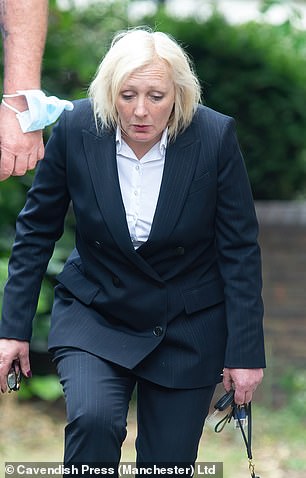 Her ex-husband – from whom she’d split after the pandemic  – was in court to support her.

The court heard that the incident occurred at 3.30pm on February 25 this year after Dean had sat down on a bench overlooking the River Dane in Northwich.

She was seen by two women from CRS Consultants which has an office on the other side of the river.

Miss Shannen Carey, prosecuting, said: ‘She appeared to be performing a sex act on herself.

‘She had her mobile phone in her right hand and appeared to be filming herself or taking photos of herself performing the act.

‘She stopped to smoke a cigarette and then continued.

‘After she did this she stood up from the bench and both of her breasts were exposed. Her blouse was unbuttoned and her coat was hanging off her shoulders.

‘One of the members of the public said a woman walked past with two young boys and hurried them along to avoid looking at what was happening.

‘Officers were called and the defendant was arrested.

‘Her property was searched and an assortment of sex toys and lubricants were found in the defendant’s bag.’

Dean had no previous convictions.

‘When I attended the police station following her arrest, she initially denied the matter,’ Mr O’Neill said, ‘She said the same to police as to the probation service.

‘I genuinely think that she is not trying to mess people around. She is just finding the whole situation embarrassing. She is horrified by what she did.

‘Her ex-husband has been very supportive and he has come along with her. He has been a great help.’

Saying that Dean and her husband had previously had a business which went ‘belly up’ during the pandemic, Mr O’Neill said that despite her denials to the probation service she had demonstrated a willingness to explore issues related to her consequential thinking skills.

‘She has not felt it easy to discuss this matter with myself,’ the solicitor said, ‘She had never even had a parking ticket when she suddenly commits this type of offence. Surely this is something that the probation service can explore. 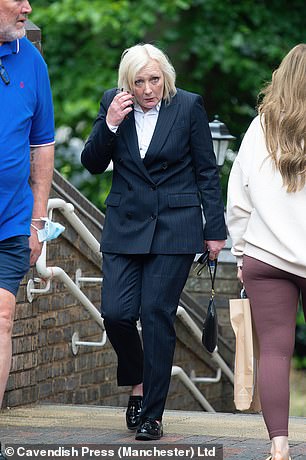 ‘Something must have happened in her life for this to happen at 54 years of age. If you are doing something there is a build up to it. Maybe she has done it before, or has practised it in the past.

‘Her life has been disheveled before and after this incident. She has been staying with various friends and is now hoping to rebuild her life as she has got some accommodation coming up soon.

‘She knows there is a problem going on and does accept that she will work with the probation service. The offences were witnessed by some office workers and they called the police.

‘I didn’t think that it went on for a lengthy period of time, though you may think differently. There is no statement from mothers of children to say that their children have been affected by it.

‘She does want to express her full-hearted remorse for the whole scenario and wants to put the matter behind her. She guarantees there won’t be a repetition of the incident.’

Sentencing Dean, District Judge Nicholas Sanders said: ‘First of all you did plead guilty and you have no previous convictions which are very much in your favour.

‘It did worry me when I read the report that you were maintaining an ongoing denial but on the basis that you now accept what you did and are prepared to work with the probation service I will follow their recommendation.

‘None of us in the court today knows what on earth you were doing on that day.

Dean was also ordered to complete a 12-month community order with 30 days of rehabilitation activity and pay £180 in costs and victim surcharge.