A WOMAN who was allegedly raped by four men in a strip club was attacked in a staff area by the manager after she was asked to "try out" for a job.

Cops received a call in the early hours of Sunday morning from a member of the public to report that her sister had just been raped at the Rocket Club in Birmingham. 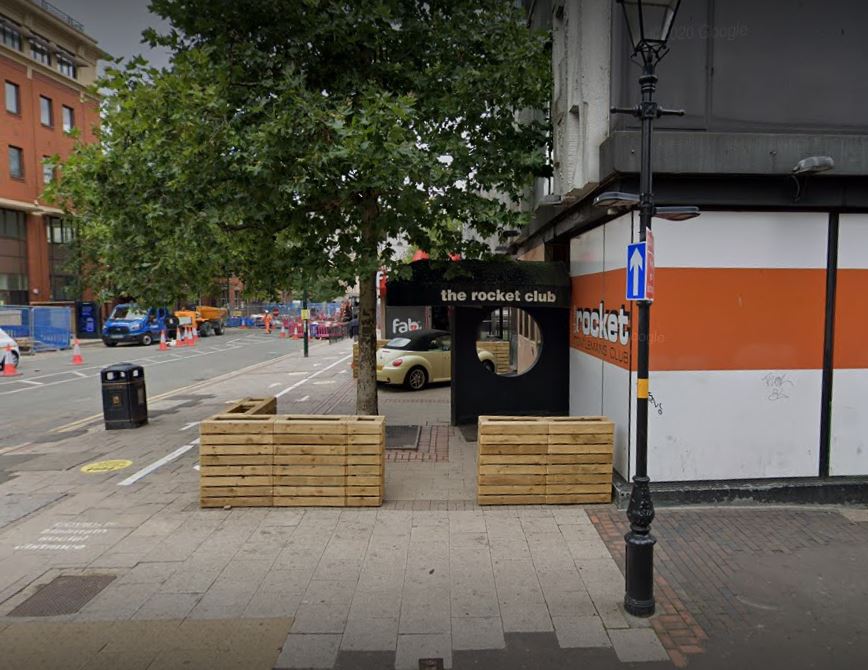 West Midlands Police said four men had "been involved" in the alleged rape, according to papers submitted to Birmingham City Council.

It has now emerged that the alleged gang rape took place in a staff area of the strip club in Broad Street and involved the manager of the venue.

In his police report to the council, chief superintendent Stephen Graham said another three men also took part in the alleged assault.

The victim told the cops she was asked to strip by the group of men who told her to "try out" for a position in the club and asked "how much she charged".

When she refused, the manager allegedly said she had "led him on".

She then described how the men were "all over her" and she told officers "everything started happening" and "went bad".

The men allegedly asked her to "get on top of them and grind" and she was then "pulled on top of them" and raped by at least two of the men.

She described how she was "dragged" between the manager and the three men.

The victim managed to escape the staff only area and leave the club – but said she was "concerned for the women trapped in there" and called her sister.

Her sister reported the incident to the police shortly after 5.30am last Sunday.

Officers have arrested a man on suspicion of rape, according to the public documents.

An urgent meeting held by the city council on Wednesday decided to suspend the club's licence.

Chief superintendent Stephen Graham said: "The concern of West Midlands Police is that if steps are not taken to consider the running of these premises then other serious offences will take place… resulting in more victims going through a life-changing assault.

He said the manager's involvement and the fact the alleged offence took place in a staff area were "aggravating factors" in the case.

The venue advertises itself as an "inviting and comfortable" space to "relax and unwind" – with a large main stage and two performance platforms.

It also boasts an "intimate champagne room" for special occasions with its own stage and pole, and claims it is "renowned for providing first class lap dancing".

The city council said the club has been given a copy of the application to review its licence after the alleged rape.

The Sun Online has contacted the club for comment.

HOW YOU CAN GET HELP