There was a bottle of water, a box of tissues and a face mask, but for Emma the room felt cold and sterile. She wanted something sensory to touch, hold and calm her as the questions kept coming.

The small room spared her being in the same courtroom as the man who sexually abused her as a child, and the judge, jury and lawyers. But the television monitor connecting the rooms couldn’t filter out the unpleasantness. 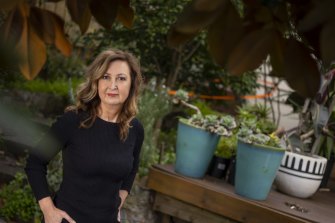 As Emma* pressed her fingers into her palms, the defence lawyer peppered her with questions – many repetitive, some hostile and several accusing her of lying – over a day and a half, and at times she dissociated and reverted to speaking like a four-year-old.

“It was absolutely horrendous. It is the hardest thing I’ve ever done in my life,” Emma says of the court ordeal, more than 30 years after the abuse.

“As a victim you don’t have control, you don’t have power. And I experienced that once again going through this. My power was taken away, I was just told what would happen.”

Lacking power places cross-examination, plea deals, delays and sentences among the stressors that trouble victims the most in their brushes with the judicial system, compounding the worst event of their lives. 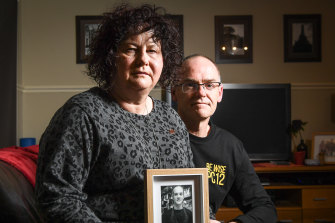 Robyn and Matt Cronin with a photograph of their son, Pat.Credit:Justin McManus

They are reports Fiona McCormack, Victoria’s Victims of Crime Commissioner, has heard many times.

“Too many have said the experience of the court process for them was more traumatic than the crime itself, even in violent assaults or sexual assaults,” she says.

“That’s really tragic. This is why I’m launching this inquiry, and I’m really keen to learn what victims think.”

The powerlessness Emma felt is familiar to Matt Cronin. By September 2017, after he and wife Robyn attended 16 months worth of court hearings and meetings with police and prosecutors, the man who killed their 19-year-old son, Pat, wanted to plead guilty.

Pat Cronin was dragging a mate out of a bar brawl when a stranger punched him in the head. He died hours later.

The killer had an initial charge of murder downgraded, and took the manslaughter charge to trial. A few days into the trial he was ready to admit guilt, as long as prosecutors withdrew a request for him to be sentenced under Victoria’s one-punch laws, which carry a mandatory 10 years in prison.

Although relieved to hear the killer’s intention, the Cronins were against the idea of a plea deal but sensed prosecutors had settled the matter even though victims are supposed to have input.

“The prosecutors’ office will say that we did. The reality is we had no choice in it,” Matt Cronin says now.

“Did we have a consultation with them? Yes, we had a meeting. But if we said, ‘No, we don’t want that deal’, they wouldn’t have listened to us.”

Two years into her role as an independent advocate for victims, Ms McCormack has embarked on a “deep dive” inquiry of the judicial system. She wants to survey victims about their experience and learn their views on how it could be improved.

Victoria’s judicial system struggled with a backlog of cases before the COVID-19 pandemic added longer delays for accused people and victims. The Supreme, County and Magistrates’ Courts of Victoria began a combined 150,000 criminal cases in 2019-20, according to annual reports.

Ms McCormack’s inquiry will be the first from victims’ perspective since the Victoria Law Reform Commission found in 2016 that victims felt “marginalised and disrespected”, despite measures such as allowing impact statements to be read, support dogs for sex-assault victims and the offer for vulnerable witnesses to give evidence remotely.

By starting a victims’ survey next month and watching hearings and meeting key players, Ms McCormack’s systemic inquiry will eventually prompt recommendations to the government.

“People go about their daily lives, and then they have this horrific thing happen to them that completely turns their life upside down, creates enormous trauma – sometimes irreparable – and they go to court and think, ‘My story, what’s happened to me is going to be central to this’,” she says.

“Then they learn they’re irrelevant unless they’re witnesses.”

In the days after Pat Cronin’s death, his family tried to suspend its grief to attend court in what became a series of hearings that were at times bewildering, frustrating and intimidating.

Matt Cronin understands the Office of Public Prosecutions doesn’t act for victims, but for the state and to ensure fair hearings. The police were supportive, but their job is to investigate and collect evidence.

He recalls being stumped several times: he never knew someone charged with murder could get bail, he found it “inhumane” that his family once had to sit next to the killer’s family, and remains angry the killer was granted “an absolute free kick” in appealing his eight-year term at no risk of an increase.

“We just didn’t have anyone in our corner helping us,” he says, citing the need for an independent person to sit in courtrooms to explain things properly.

“We were just on our own, trying to navigate a system that a normal person is never going to have to deal with.” 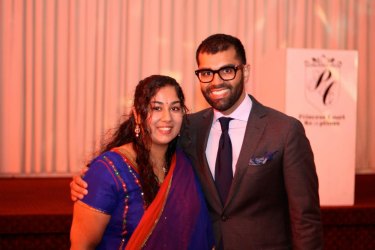 Tarang Chawla studied law, but nothing adequately prepared him for the court process after his sister, Nikita, was murdered by her husband.

As he and his family juggled grief, shock and anger, it was confronting when the murderer’s supporters walked down the same hallway. So too was a suggestion of “victim-blaming” by lawyers and some media, as Nikita wanted to leave her marriage when she was killed.

Mr Chawla found vindication that the sentencing judge stated Nikita did nothing wrong, and was also struck by the acts of kindness by volunteer support staff. But other requests, he says, were in the “too-hard basket”.

“When my mum gave evidence, she wanted to not have to see the killer’s face directly. We were told that a screen would be made available and then it wasn’t,” he says.

“I can’t fathom in what world a justice system like ours would not make appropriate arrangements for the mother of a murder victim in giving her evidence.”

Another victim, Deborah, deliberately chose to leave the running of her case to the professionals, but now regrets that decision.

In 1986, Deborah was walking home from work when a man put a knife to her throat, robbed and sexually assaulted her. By 2014, when police caught the attacker using DNA evidence, she had to revisit the incident which she hadn’t thought about for years.

The subsequent prosecution was traumatising and Deborah – who didn’t want her surname used – never got the answers she needed. “He didn’t have to explain himself, didn’t have to say sorry, he got away with just being there [in the dock, while his lawyer spoke],” she says.

When Deborah raised her hand with a query, the judge looked at her but never gave her a say. That lack of voice, the plea deal, the sentence – a three-year community correction order – and the government’s refusal to fund counselling left a woman who once trusted the state’s systems wishing she had advocated harder for herself.

“I understand the system. That the offence is against the state, but it’s really against the person,” she says.

“I don’t think there’s enough of an acknowledgement in the justice system that people are really hurt by these crimes, and they need to have their needs met.”

Deborah is now studying law, motivated to pursue a new career to help other victims.

Ms McCormack concedes it could be time victims have legal representation in courts, without jeopardising an accused person’s rights.

Every victim wants something different, Ms McCormack says, but education and respectful communication can prevent a “double betrayal” of crime and letdown at court, which in turn can deter others from reporting crimes.

“They might not get the outcome they want but … the evidence suggests that when they are treated respectfully through the process and understand what’s going on, they’re better able to accept that [outcome] than not,” she says.

Emma admits “it’s a tough question” when asked if she would do it again, even though her abuser was found guilty and is in jail.

Even before that lawyer’s cross-examination, the trial was adjourned because no judge was free to hear the case. Having readied herself mentally and put life on hold, Emma says the lack of empathy rocked her.

“I’d never contemplated suicide, but I did that day. I had to get a lot of help getting out of that dark place.”