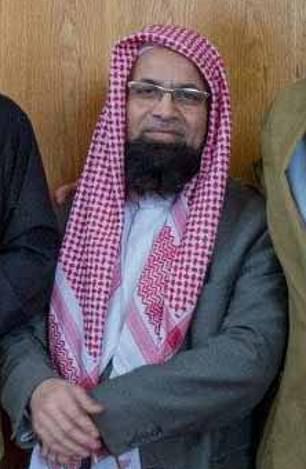 Abdul Sattar was sacked from his mosque for repeatedly bringing in extremist ‘hate mongering’ preachers to give speeches, an employment tribunal has heard

A Muslim cleric was sacked from his mosque for repeatedly bringing in extremist ‘hate mongering’ preachers to give speeches.

Abdul Sattar invited speakers including one who claimed the Bible tells Christians to ‘throw homosexuals off mountains’ and described being gay as an ‘abominable action which goes against humanity’.

When other leaders attempted to oust Imam Sattar he allegedly encouraged his supporters to protest outside the mosque.

An employment tribunal held in Watford heard that the cleric preached at the Wembley Central Mosque, a registered charity, and had been there for over 20 years.

The tribunal heard there was a ‘fissure’ at the Masjid, between the management committee and worshippers who supported Imam Sattar.

The issue at the heart of the dispute centred around the speakers who were permitted to come and talk at the mosque.

Before anyone was allowed to come and speak, the mosque was required to fill out a ‘Speaker Engagement’ form which required it to make sure people who held extremist views, or had previously been accused of hate mongering, were not able to attend.

The Charity Commission, which regulates charities in the UK, said it had ‘continuing concerns’ about the Mosque from 2014.

In late 2016 it conducted a review and said: ‘The Commission tested several of the speaker risk assessments where the trustees had stated that they had not identified any issues of concern. 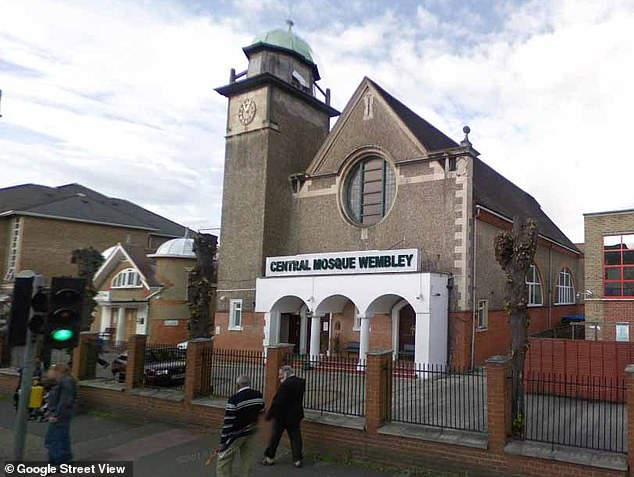 The cleric had recently caused a ‘fissure’ between management and worshippers at Wembley Central Mosque after inviting several ‘extremist’ speakers including Murtaza Khan, who claimed the Bible tells Christians to ‘throw homosexuals off mountains’

‘A number of these tests revealed numerous negative media articles which the trustees have failed to identify or have dismissed them without proper consideration.

‘Some of these speakers including Murtaza Khan, Uthman Lateef, Rasheen McCarthy, Ustadh Evans and Abu Mutasir, all of whom are considered by some to have expressed extremist views regarding various subjects.

‘A basic Internet search of these names revealed articles containing negative stories and views that the trustees have not identified them in their background checks.’

Speaking in a video in 2011, one of the men, Murtaza Khan, said: ‘According to the bible the [homosexual] person should be thrown down from a mountain.

‘I’m not homophobic. I believe in a natural way of life.’

After receiving the report the committee asked Imam Sattar to immediately cancel a speech from Dr Uthman Lateef, another preacher said to hold extremist views. 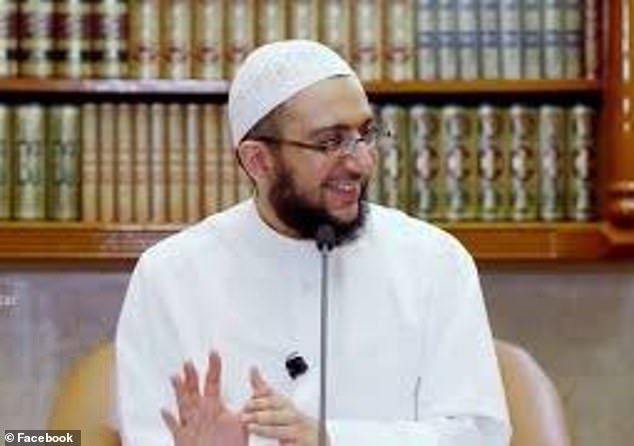 In the past Dr Lateef has claimed that the ‘anti-Christ’ will be a Jew who will lead 70,000 Jewish soldiers in an attempt to destroy all Muslims, according to the not-for-profit organisation Stand For Peace.

In response to the committee’s request Imam Sattar wrote a letter claiming it was not him who was responsible for the risk assessment of speakers.

He refused to accept he was at fault and argued that if they had done the background checks themselves and made a note of them ‘there would be no issues hosting the speakers concerned’.

He refused to cancel the speech with Dr Lateef.

The relationship between the committee and the Imam continued to deteriorate and in 2018 the committee banned another man, Asif Uddin, from giving speeches.

Imam Sattar had allowed Mr Uddin to give a talk but the committee said it was ‘politically influenced’ and perceived as ‘hate mongering’.

An investigation was launched into the Imam’s decision not to engage with the committee’s requests but he repeatedly refused to attend disciplinary hearings.

Eventually, protesters turned up at the mosque during one management committee meeting and there were ‘violent arguments and altercations’ that the Imam was suspected of ‘fuelling or encouraging’.

He denied being involved in the protests and claimed the fact they had been started by someone close to him did not mean that he had instructed him to do it.

Eventually, he was sacked after a combination of issues, including his administration of marriage ceremonies, and his refusal to resolve an ongoing legal dispute, became unworkable.

The tribunal panel concluded: ‘It must be borne in mind that the situation in 2018 and 2019 was getting beyond control.

‘There were regular protests outside of the Masjid involving the police.

‘The Masjid was split between those who followed the [Imam] and those who supported management committee.

‘There was also a serious breakdown in the employee employer relationship which seemed to be irretrievable.’

The judge ruled that the claim of unfair dismissal was not well founded and was dismissed.