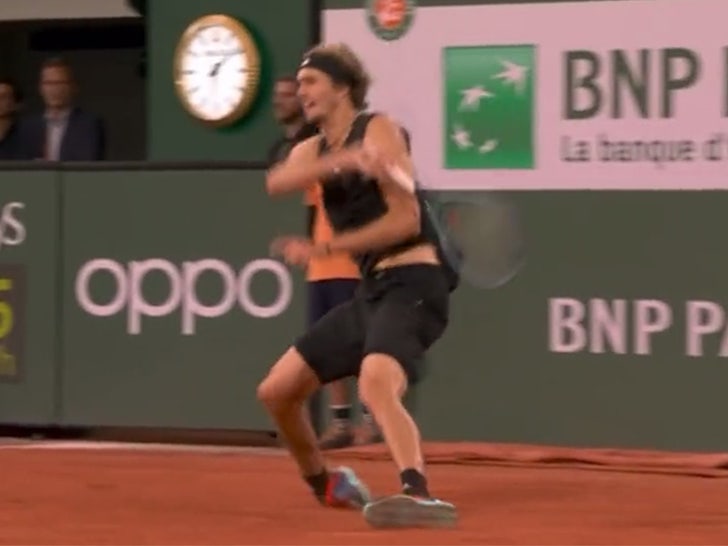 The epic French Open match between Rafael Nadal and Alexander Zverev came to an unfortunate halt on Friday … after the German star was forced to retire due to a gruesome ankle injury.

The semifinal showdown had all the makings of being a classic — Rafa won the first set in a tiebreaker … and as Rafa positioned himself to force another tiebreaker, Sascha’s ankle rolled and he fell to the clay.

Zverev screamed and writhed in pain … as Nadal came to his side in support.

As it turns out, NBA star Kevin Love was in the stands at Roland Garros … documenting the heartbreaking scene on his Instagram. 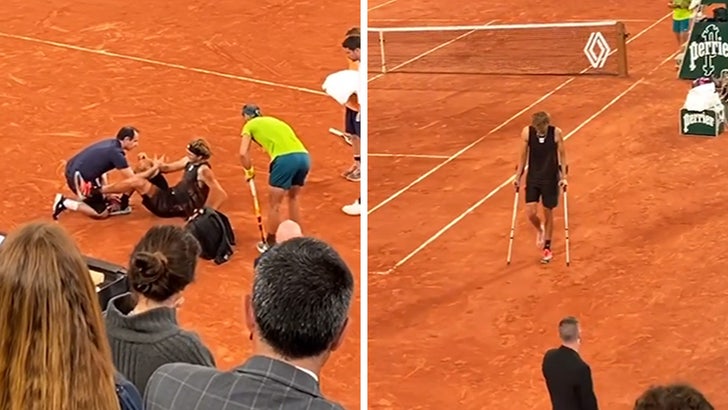 The 25-year-old was taken off in a wheelchair … and eventually came back out on the court on crutches to officially retire from the match. The crowd cheered as he waved to the fans.

Nadal praised Zverev in a post-match interview … and gave the #3-ranked pro a hug.

Nadal will now face the winner of the Casper Ruud and Marin Cilic semifinal match … which is currently underway.