Anne Heche’s condition has worsened following a horror crash that sent her car bursting into flames. A representative for the actress now says that, despite initially positive reports over the weekend, her condition is now “extremely critical”.

A rep for Anne Heche

They said in a statement: “At this time Anne is in extreme critical condition.

“She has a significant pulmonary injury requiring mechanical ventilation and burns that require surgical intervention.”

Finally, they added to Deadline: “She is in a coma and has not regained consciousness since shortly after the accident.”

Heche’s publicist had originally suggested that her condition was “stable” in a comment over the weekend. 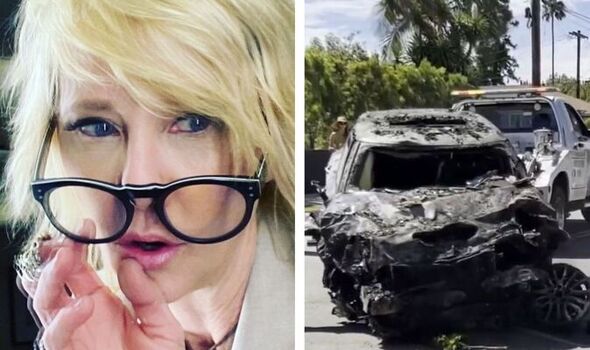 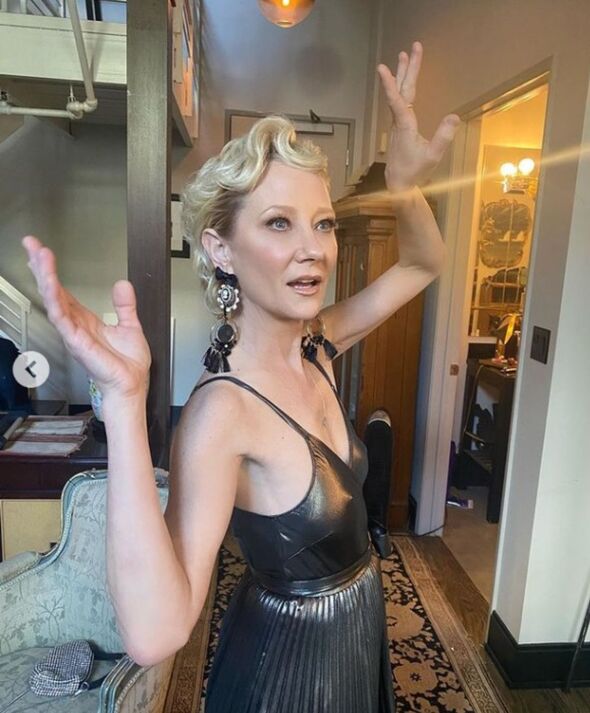 It had taken 59 firefighters over an hour to free Anne after the car she was driving crashed into a house and then burst into flames.

Meanwhile, the woman whose home she crashed into lost “her entire lifetime of possessions” in the fire, according to her GoFundMe page.

It is believed that it will be impossible to salvage the home.

Neighbours are believed to have started the fundraiser on behalf of the woman, who escaped physical harm but has been made homeless by the crash. 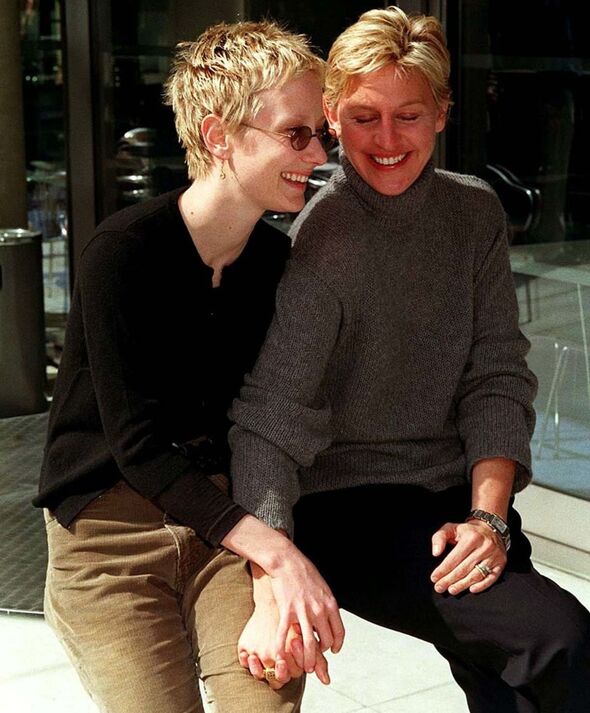 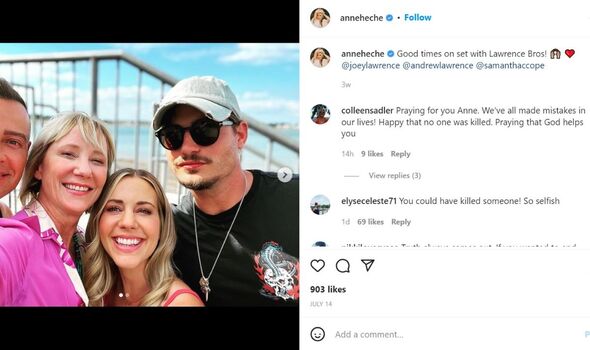 Meanwhile, Anne had been spotted driving erratically and speeding in the minutes leading up to her accident.

A minor collision is believed to have taken place a few blocks away from the site of the main crash.

A rep for Los Angeles Police Department reportedly told City News Service that a warrant had been obtained to draw a blood sample from Anne and ascertain any reasons for her erratic driving.

Anne lost consciousness soon after being rescued from the flames and has not regained it since.

Meanwhile celebrities have extended their support on social media for the Emmy Award winning actress.

Alec Baldwin, who previously appeared with Anne in the 1996 film The Juror, wrote on Instagram: “I’m sorry that you had this tragic thing happen to you, and I’m sending you all my love, OK?”

Rosanna Arquette tweeted her sympathies, but also suggested that putting others’ lives in danger through her driving had been “clearly not ok”.

Anne has displayed erratic behaviour in the past too.

She was hospitalised in California in 2000 after wandering in a rural area and appearing to be dazed and confused following the ending of her high profile three year relationship with talk-show host Ellen DeGeneres.

The following year she wrote a memoir, Call Me Crazy, in which she admitted she had been having mental health struggles.

“Although I was never diagnosed as being crazy, I went crazy,” she explained.

Following childhood trauma, Anne has also spoken of experiencing prejudice due to her sexuality, which impacted on her career in the entertainment industry.