Denzel Washington opens up about giving acting advice to sons

Quite a stance for an actor who spent more than 30 years at the very top of his notoriously competitive profession and has a shelf groaning with awards including three Golden Globes, two Oscars, and a Tony. But now his personal life is more important to him than Hollywood superstardom. “I don’t even know what Hollywood is,” he says, shrugging dismissively. “It’s a place where they have those little stars on the ground and people go there and take pictures.

“Me, I make movies and I act in movies – there’s no magic pill and it isn’t easy, you can do everything right and still never get anywhere. But you have to figure out what success really is because it depends on what you want. Some people want to be famous, some people want to be rich. I just want to be a good actor.”

And it appears this runs in the family because appearing in Denzel’s new film, the tense detective thriller The Little Things, is his daughter.

Olivia Washington, the youngest of his four children, is the last of the Washington clan to make it into the movies – and dad is star struck.

“She’s a brilliant actress,” he roars when we speak by Zoom. “She is a great actress and just remember I said so!”

In The Little Things, co-starring Rami Malek and Jared Leto, Olivia plays an unhelpful administrative assistant and her father – who has top billing as a deputy sheriff on the trail of a serial killer – simply cannot stop raving about her acting, although frankly, blink and you’d miss it. 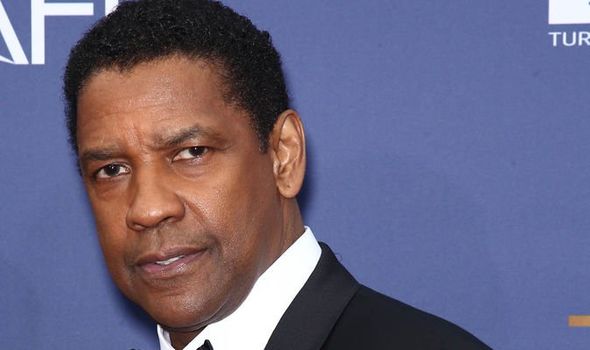 “You see!” He slaps his knee triumphantly. “She was so good you didn’t even realise she was my daughter. I come into the evidence room or some such place and she tells me to wait – get in line and wait, like everybody else. Olivia Washingon! Great young actress!”

At 29, Olivia is the last of his four siblings children to become successful in the industry – her twin brother, Malcolm, is an up and coming writer-producer-director, her elder sister Katia, is a successful producer, and the eldest, John David Washington, isn’t what you’d call obscure either.

He is a former professional American footballer who became an actor like his parents, Denzel and mother Pauletta. John David was part of the main cast of the HBO comedy series Ballers.

“So all of our children are in the business,” notes Denzel proudly. “And they’re all doing well, too. Olivia just co-starred with David – what’s his name? I always mess it up – Oyelowo, right, in a film called Solitary, so they’re all doing great. My wife’s done a great job.”

The couple have one of the most enduring marriages in Hollywood, having been together for 38 years this June. They first met in 1977, on the set of the TV movie Wilma.

“She did the heavy lifting,” Denzel has said, crediting Pauletta with making their marriage work.

Not that Mrs Washington sacrificed her own career entirely, appearing in movies including the Oscar-nominated Philadelphia and Spike Lee’s 2017 TV series She’s Gotta Have It.

Denzel, 66, was more or less unknown as an actor when they married in 1983, and he very nearly didn’t become an actor at all.

The son of a Pentecostal minister and a beauty parlour owner who divorced when he was 14, Denzel was sent by his mother to a private school in upstate New York – something he later said changed his life.

“I wouldn’t have survived in the direction I was going. The guys I was hanging out with at the time, my running buddies, have now done maybe 40 years combined in the penitentiary. They were nice guys, but the streets got them.”

He attended high school in Florida and enrolled at college but he couldn’t decide what he wanted to study. 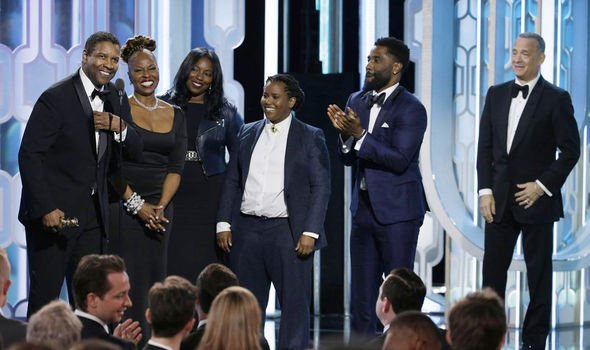 “When I started to act, I was at my lowest point,” he admits. “I didn’t know what I wanted to do. I’d tried studying everything – I started pre-med, I studied biology for a while, I studied political science, I thought about being a lawyer then they sent me home and I took a job at a summer camp.

We put on a play for the kids there and someone said, ‘Man, you’re good at that, have you ever thought about doing it for a living?’ So I got back into school and started working towards it. I’d found my calling, but it wasn’t like it had been a lifelong dream.”

He enrolled to study acting, and was given the title role in Othello before attending graduate school at the American Conservatory Theatre in San Francisco then returned to New York to begin a professional acting career.

He and Pauletta were both just starting out when baby John David came along a year into their marriage. He says now that it was the arrival of his son that forced him to become serious about making a success of his career.

“When John David was born, acting became a case of making a living,” he says. “He came out and I went ‘Whoa!’ 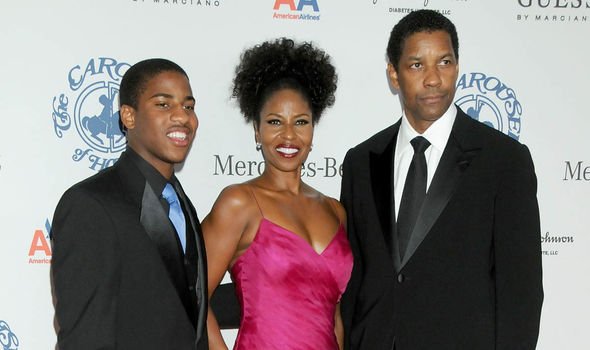 “He was life, the miracle of life. And he was looking at me, like, ‘Well, who are you because first of all I want Mom? I don’t trust you, but you need to get me something to eat, and I need clothes’.

“So when that happens, right away you start going about the business of what you’re supposed to do – I just thought, ‘Man, I’ve got to get out of here and get a job!’

The veteran actor still remembers the first family house he bought, in the pleasant Los Angeles neighbourhood of Toluca Lake.

“It was a homey sort of home,” he says, smiling. “I would have to go away to shoot films and I’d come home and before I went in, I’d walk around the outside of the house first, and I’d look at it and I’d be, like, ‘Oh, yeah, this is why I’m busting my behind. I’d go in, everybody’s comfortable, all the children are sleeping, I’m, like, ‘All right, I’m doing my job’.”

From those humble beginnings, it all started to fall into place, helped enormously by his role as Dr Phillip Chandler in NBC’s television hospital drama St. Elsewhere. Denzel was one of only a few African-American actors to appear on the series for its entire six-year run. 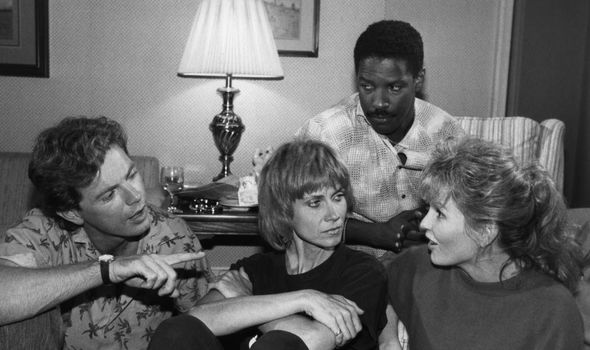 Roles in Malcolm X, Philadelphia, Crimson Tide and Fallen followed and in 2000 Denzel won a Golden Globe for The Hurricane, the film about boxer Rubin “Hurricane” Carter, making him the first black actor to win the award since Sidney Poitier in 1963.

He won two Academy Awards: Best Supporting Actor for playing a soldier in the historical drama film Glory and Best Actor for his role as corrupt detective Alonzo Harris in the crime thriller Training Day. Last year, The New York Times ranked him as the greatest actor of the 21st century.

A pioneer of the greater inclusion of Black Americans in the movies, he says he could not be more proud of the new generation of up and comers. “A couple of years ago I was in New York doing a play and I went to see a screening of (the 2018 superhero film) Black Panther.

“And I sat down and I watched the movie and I shed a tear because for all the 40 years that I’ve been at this – from Sidney Poitier to me and from me to see what those young kids were doing up there – it felt like, ‘Oh, man, it’s their ball now’.

“I have not finished the race but I’ve handed the baton on and I’m happy to see them go. If they want to come back around the track and give me the baton again I’ll run my leg, but it’s good to know the baton is in good hands going forward.”

A former athlete, Denzel confesses that he is feeling his 66 years. “You are slower,” he admits. “And stretching is more important than it used to be. But the good thing is, you get more patient because you have to be. That’s good in the marriage, too, although I have a way to go.

“I was saying to a friend of mine, ‘These days, I say to my wife, Honey, you’re right’.

“My friend says, ‘Well, you’ve got to go to the next level, which is, How can I help? Let her say everything, get everything out, then say, ‘How can I help?'”Denzel adds, happily, that one area where Mrs Washington most firmly does not need help, is in the cookery department.

“Anything my wife makes is my favourite meal,” he announces with satisfaction. “I better say that. But I mean it, though, seriously, she’s a great cook. I don’t drink, but anything she cooks is my favourite thing to eat.”

And for dessert? He thinks and then smiles. “Haagen-Dazs is involved,” he says, firmly, all but licking his chops at the idea.