A WOMAN has shared the jaw-dropping demand for nudes a man sent her before their first date.

Mira Browne, from Toronto, Canada, shared a screenshot of a text message sent to her via dating app Hinge in which she’s talking to a man. 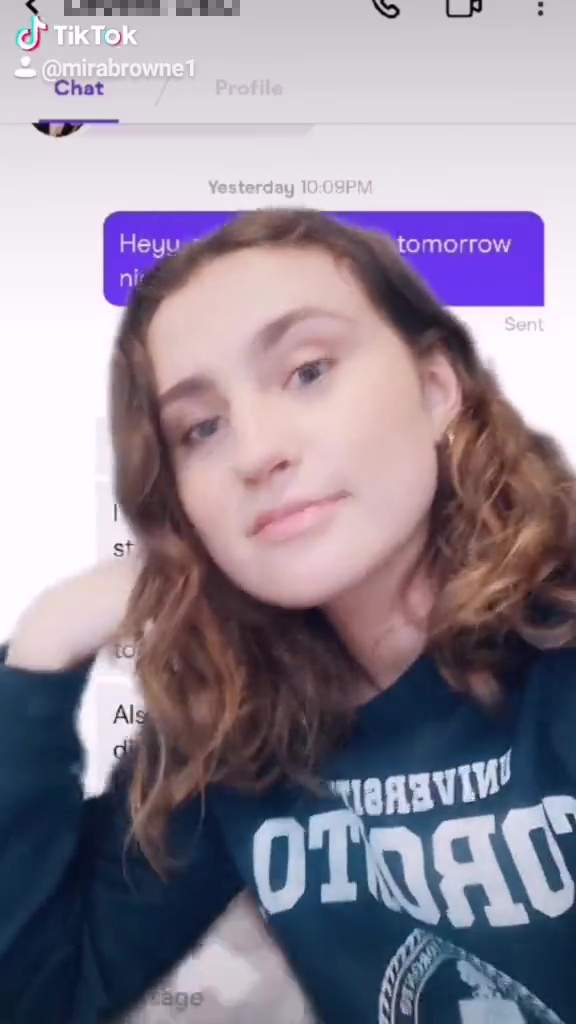 In it, you can see 21-year-old Mira ask if they were still on for their planned date the following day.

But his response left her – and the rest of TikTok horrified.

After explaining he was unable to make it because he was “not going to be in town”,the bloke went on to state he also had a “pre-screening policy” involving intimate photos he required ahead of meeting.

“Also, don’t want to sound like a d*ck but I usually don’t meet girls without seeing their nudes,” he said. 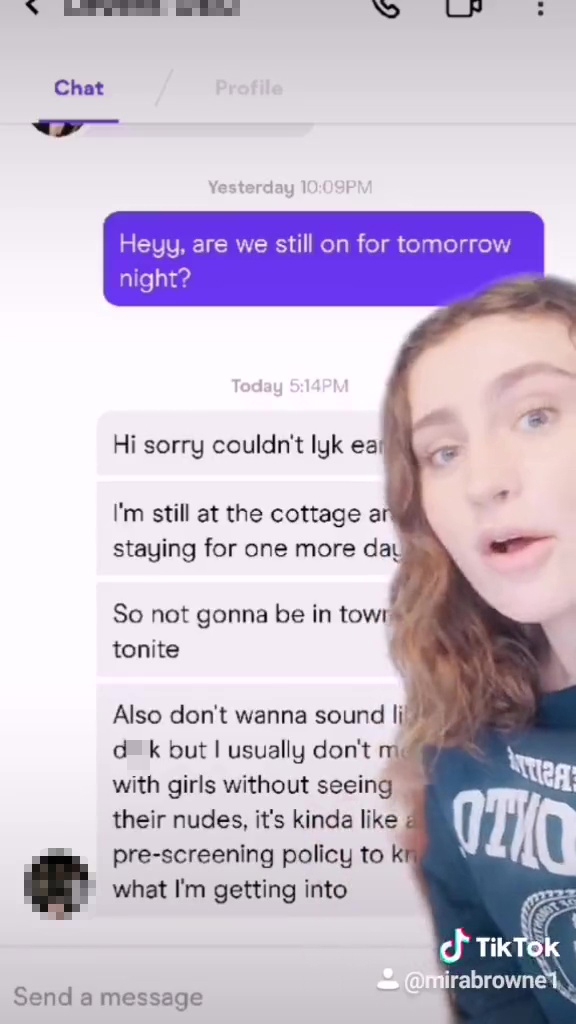 The outrageous demand was quickly slammed by women online, with many unable to believe the “audacity” of his request.

“My eyebrows hit my hairline so fast I think I broke my forehead,” one shocked person wrote.

“Who does that line work for?” another asked.

“I swear all men ever have is the audacity,” one woman said.

As one declared she had to “pick my jaw up off the floor”.

[I] don’t want to sound like a d*** but I usually don’t meet girls without seeing their nudes.

Others rallied round telling Mira she is “worth more” and “deserves better”.

“You texted at 10.09pm yesterday and he didn’t respond until 5.14pm today? OMG the ratchet dating pool,” one supporter raged.

“I love when the trash takes itself out. Boy bye,” another agreed.

While some gave ideas for how she should deal with the “atrocious” and “concerning” text.

“Send that to his mum,” one person suggested.

“Expose him,” many more encouraged.

The video has clocked up over 123,000 views since it was shared on December 22 and has hundreds of comments, but Mira is yet to respond to any of the suggestions.

This article first appeared on News.com.au

And these are the nine red flags that signal your relationship is over, according to a therapist – including demanding in-laws.

Plus this woman takes her hair extensions out with her dad’s pliers during lockdown – and is horrified with the end result.

While this woman keeps sex cards on everyone she's slept with – to rate their performance.