After postponements and endless uncertainty about how the Olympic Games in Tokyo will play out, next week will bring some long-awaited detail from the hosts and organisers.

It will arrive on February 5 in the form of an official “playbook” from the International Olympic Committee, which will for the first time shed clear light on exactly how the IOC and their Japanese hosts plan to ensure a safe and successful Games for about 15,000 Olympic and Paralympic athletes. 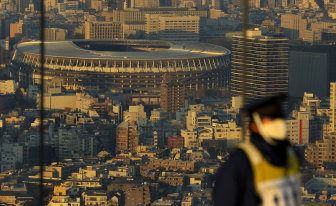 The Japan National Stadium, where the opening ceremony was expected to be held.Credit:AP

The IOC needs the playbook to be well received as it tries to convince the world the Games can be salvaged. Earlier this month, it had to hose down reports the Japanese government was already resigned to cancelling the Olympics and had been workshopping various exit strategies, one of which was to try to claim the 2032 spot, which south-east Queensland remains favourite to snare.

Sceptics still believe the Games simply can’t be held in the current COVID-19 environment and both Tokyo organisers and the IOC are planning for an event where vaccines are not in play, although the more athletes are given access to doses before the July 23 opening the better.

The flow-on effects of a triumphant staging — or a costly cancellation — are immense, from the athletes wondering if five years of work are about to vanish into thin air to potential hosts more than a decade down the track.

Who pays the price?

Already, these summer Games are forecast to be among the most expensive in history, with delays blowing out an already bloated budget that sits close to $20 billion. That figure is likely to be conservative and any cancellation would be an immense blow to the coffers of the IOC, which relies heavily (75 per cent of revenue) on broadcast deals to fund its operations.

But the brunt of the Games will be carried by the Japanese taxpayer, says Matt Nichol, a Melbourne-based sports law academic with a particular interest in Japan. Those taxpayers aren’t likely to get a return on investment even if a slimline Games limps into life.

“In terms of real skin in the game, it’s not the IOC or broadcasters of sponsors or athletes, it’s the Japanese citizen. The total cost at the end of last year was about $US12.5 billion. And that money has been spent,” Nichol says.

“You get sold on the economic benefit of a Games, the legacy of the infrastructure and the exposure and the tourism. And however these Games are going to play out, they just aren’t going to get that usual return.

“However you break it down, the city of Tokyo and Greater Tokyo, they are going to wear the costs.” 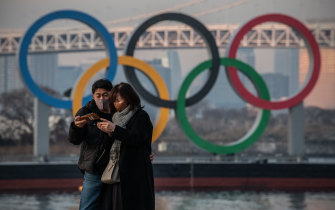 The Japanese government and the IOC have both rejected claims that the Games are a lost cause.Credit:Getty Images

How have the key Olympic sports coped?

Rohan Taylor is the head coach of the nation’s highest-profile Olympic sport and is as eager as anyone to see what kind of specifics the IOC playbook contains. His swimmers have become accustomed to upheaval, he says, but some real, tangible organisational scaffolding ahead of Tokyo would come as a blessing.

“Human nature doesn’t like uncertainty. We don’t respond well to that and there is a constant, swirling uncertainty around these Olympics. For us, we have to try and maintain the plans to get a group of athletes, coaches and staff and to get to Tokyo and perform at their best,” Taylor says.

“Those are the things that really guide us to ensure we prepare our team correctly. We have to be able to move into that space [in Japan] and be compliant but also we want some of that certainty. We’ll talk about the types of scenarios that may emerge and we feel like we can cope with anything now … we’ve dealt with a lot already.

“But once we get some information from the IOC, that will definitely settle the nerves a bit.”

What of Australia’s bid for the 2032 Olympics?

Australia remains one of the favourites to host the Games of 2032, with the south-east Queensland bid having support from every level of government and progressing faster than many observers may have realised.

Brisbane’s lord mayor, Adrian Schrinner, confessed to a shortness of breath when he heard reports that Japan may withdraw and ask the IOC to in turn award them the 2032 Games. With that quickly dismissed, he says 2021 is a key year for Queensland’s bid as discussions with the IOC gain pace.

“It’s very exciting. All three levels of government are on board and working feverishly. There was a lull for a period last year where there wasn’t so much talk about the Olympics, but that didn’t mean things weren’t continuing behind the scenes. Now, it’s just a matter of getting down to targeted discussions and hopefully make it a reality,” Schrinner says.

“That is something that could happen any time now. I think 2021 will be the critical year for this … I really do think that. It may not be that a decision is made this year but … a decision could be made at any stage from now on, essentially.”

The new bidding process has ended the days of costly presentations and years of greasing wheels in the hope of a final vote. Now, Schrinner says, there is a “constant dialogue” with the IOC that has progressed to a point where certain guarantees, like the ability to present a carbon-neutral Games, are being sought.

More than anything, an Australian Games looks like an extremely safe bet for an IOC that would love to have its next three Games locked in after the drama of Tokyo. That, Schrinner says, is a major selling point.

“That’s the case we’re putting forward to the IOC … we are a capable, safe set of hands to host an event of this magnitude.”

What do the athletes need to know before Tokyo?

According to Cate Campbell, Australia’s star freestyle sprinter and multiple Olympic gold medallist, not as much as you’d think. It’s not exactly “shut up and swim” but Campbell has become content to stay at arm’s length from the speculation and ensure she is ready to fire once the Games eventually begin.

“Ian Chesterman (Australia’s Chef de Mission) has been very good with communicating and making things really transparent but also, how much do athletes really need to know? An athlete’s job is to turn up and perform their best on the day. The organisers have the job to provide an environment where that can happen,” Campbell says. 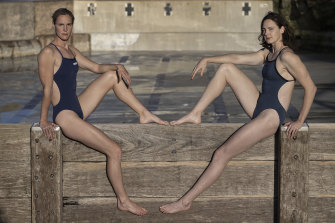 Cate Campbell (right), along with sister Bronte, has divorced herself from detail and just wants to swim.Credit:Getty

“As long as those two parties are doing everything they can to get the best result, then I don’t need to know the ins and outs of plans A to Z. All I need to do is train and if there is important information, that will filter down to me.

“I just need to know what are the changes and how it affects my training and racing. And you can plan from there. Until then, it’s enough to know the Olympics are actually going ahead.”