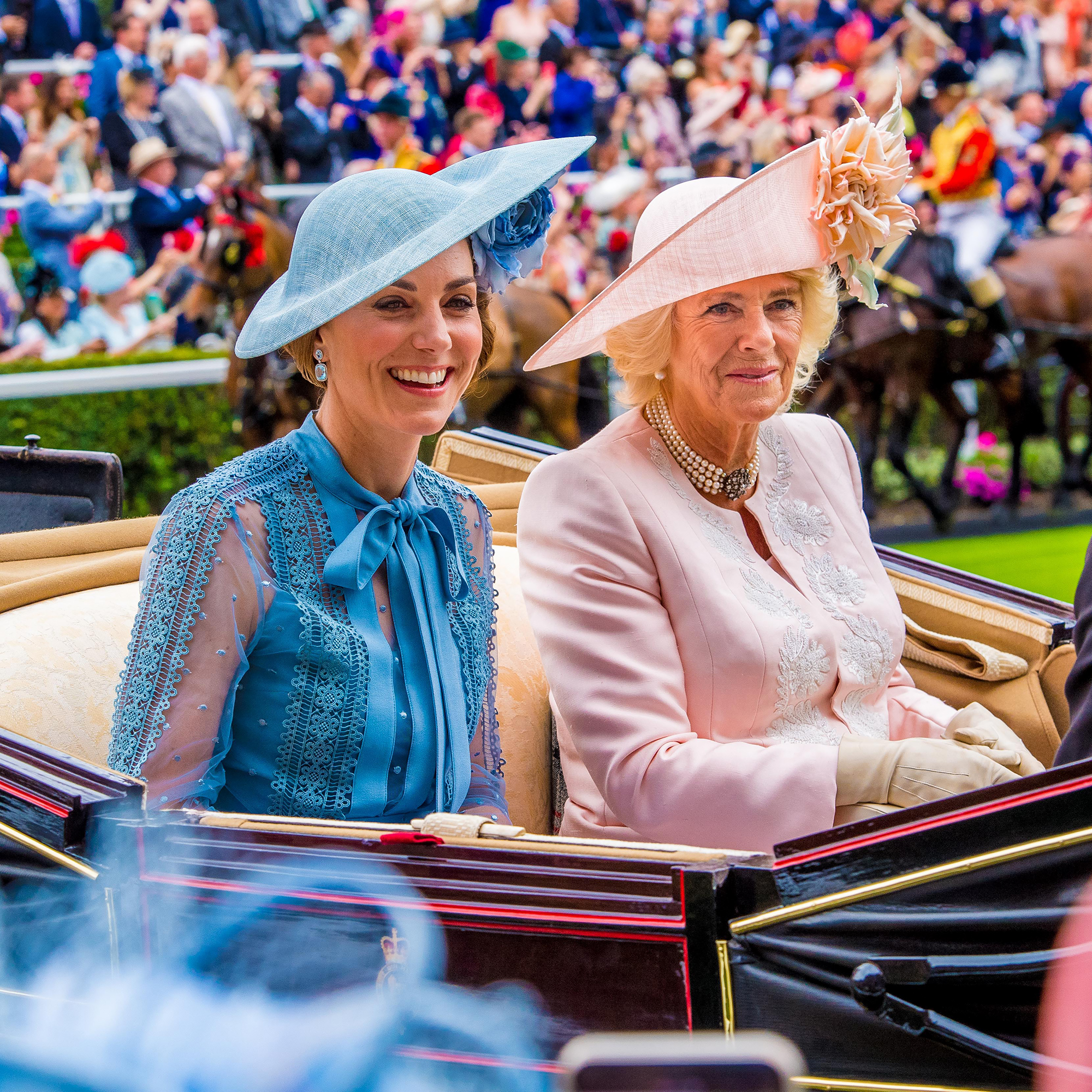 The Royal Family: Get to Know the Next Generation

On Camilla and her husband Prince Charles’ social media accounts, the pair addressed the outpouring of love from the public. “Thank you for all the birthday wishes for The Duchess of Cornwall,” the royal couple wrote, alongside a birthday cake emoji.

The Duchess of Cornwall and the Prince of Wales, 72, tied the knot in April 2005, and the civil ceremony at Windsor Guildhall marked each of their second marriages. Charles was previously married to Princess Diana from 1981 to 1996. The former couple welcomed William, 39, and Prince Harry ahead of their divorce and her death the following year.

In 1999, Charles and Camilla made their first public appearance together. They moved into Clarence House four years later, and the future king proposed in 2005. When they tied the knot that same year, Elizabeth, 95, and her late husband, Prince Philip, did not attend, later joining the bride and groom’s reception at Windsor Castle.

Princess Diana Through the Years

Earning the public’s approval has been a “real, real challenge,” the prince told CNN in 2015. “But she’s, I think, been brilliant in the way she’s tackled these things. … It’s always marvelous to have somebody who, you know, you feel understands and wants to encourage. Although she certainly pokes fun if I get too serious about things. And all that helps.”

The couple celebrated their 15th anniversary last year, releasing an adorable family photo of themselves quarantining amid the coronavirus pandemic with dogs Bluebell and Beth. “Ahead of The Prince of Wales and The Duchess of Cornwall’s 15th wedding anniversary tomorrow, we are sharing this photo of Their Royal Highnesses,” their Instagram post read in April 2020. “The photo was taken earlier today at Birkhall, [their Scotland residence].”