THE Grand Tour looks set to blow Top Gear out of the water when it hits screens next month as a new trailer shows explosive action, helicopter chases and even Jeremy Clarkson dressed as James Bond.

The new show fronted by former Top Gear hosts Clarkson, Richard Hammond and James May has been a staggering budget of a reported £4.5 million per episode, and viewers can now see where the money went.

The stunning trailer reveals huge explosions, supercars, camels and even a tank, with the boys seeming back to their old ways as they give their former show a run for its money.

During the trailer, the hosts prove they have lost none of their onscreen chemistry as they rib James May about his broken arm, with Hammond ignoring his sling and asking "so which one is it".

In another scene Clarkson is seen doing an uncanny impression of James Bond as he struts around the desert in a cream suit.

The clip is packed with adrenaline-fuelled action sequences and fiery explosions, including a race between a sports car and a helicopter.

Viewers can also see shots fired from a tank and a huge fireball.

The show would not be complete without a fleet of supercars, with luxury vehicles seen racing around a track, off-roading and driving through picturesque countryside.

One scene also shows Clarkson with the futuristic controls of one particularly pricey model.

The clip shows the exotic desert location, and gives viewers a glimpse of action-packed shots across land, sea and air.

Hammond was seen in a speedboat and racing Clarkson on a jet ski.

The release marks the first time fans have been treated to a full-length preview of the show ahead of its debut on Amazon on 18 November. 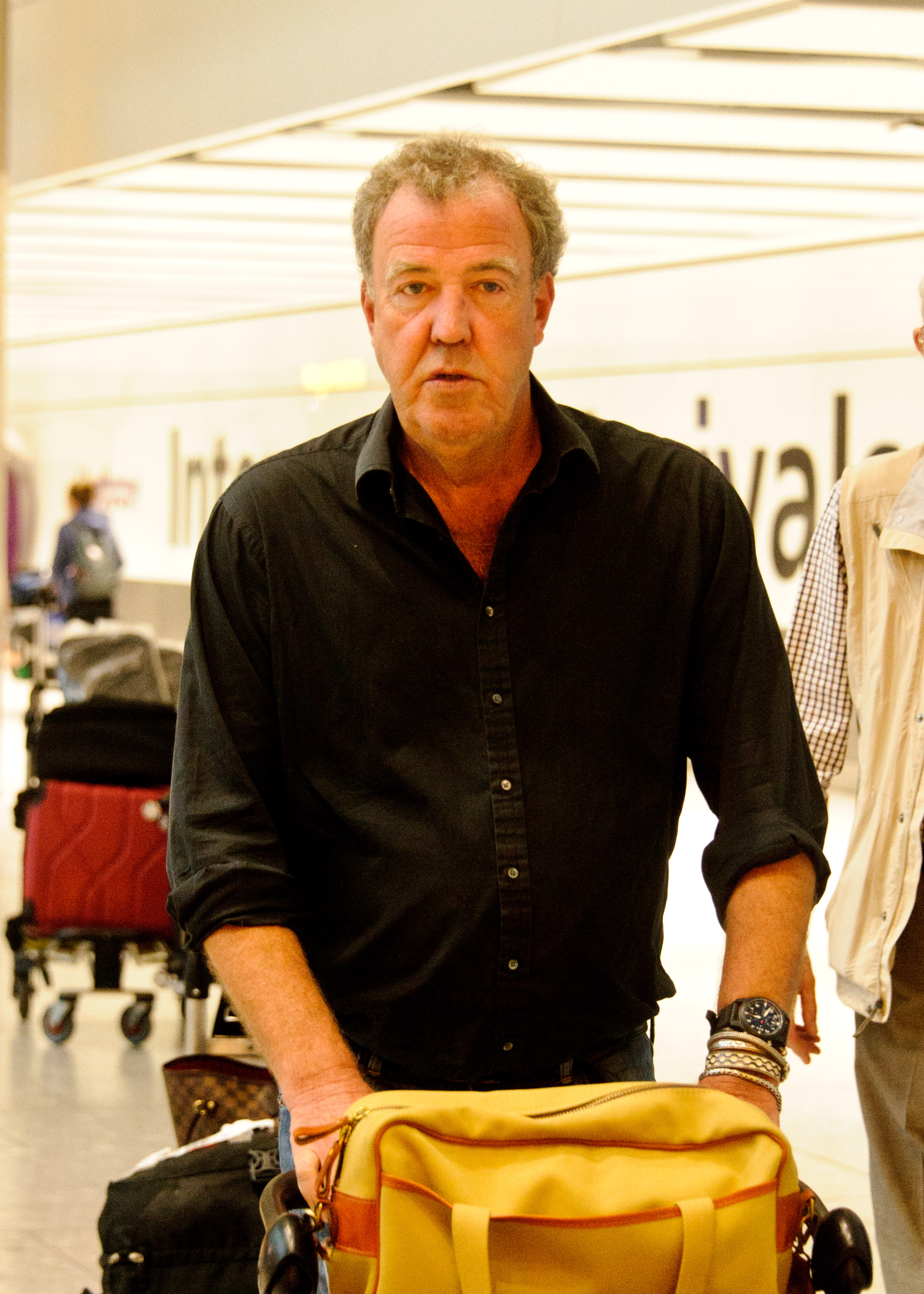 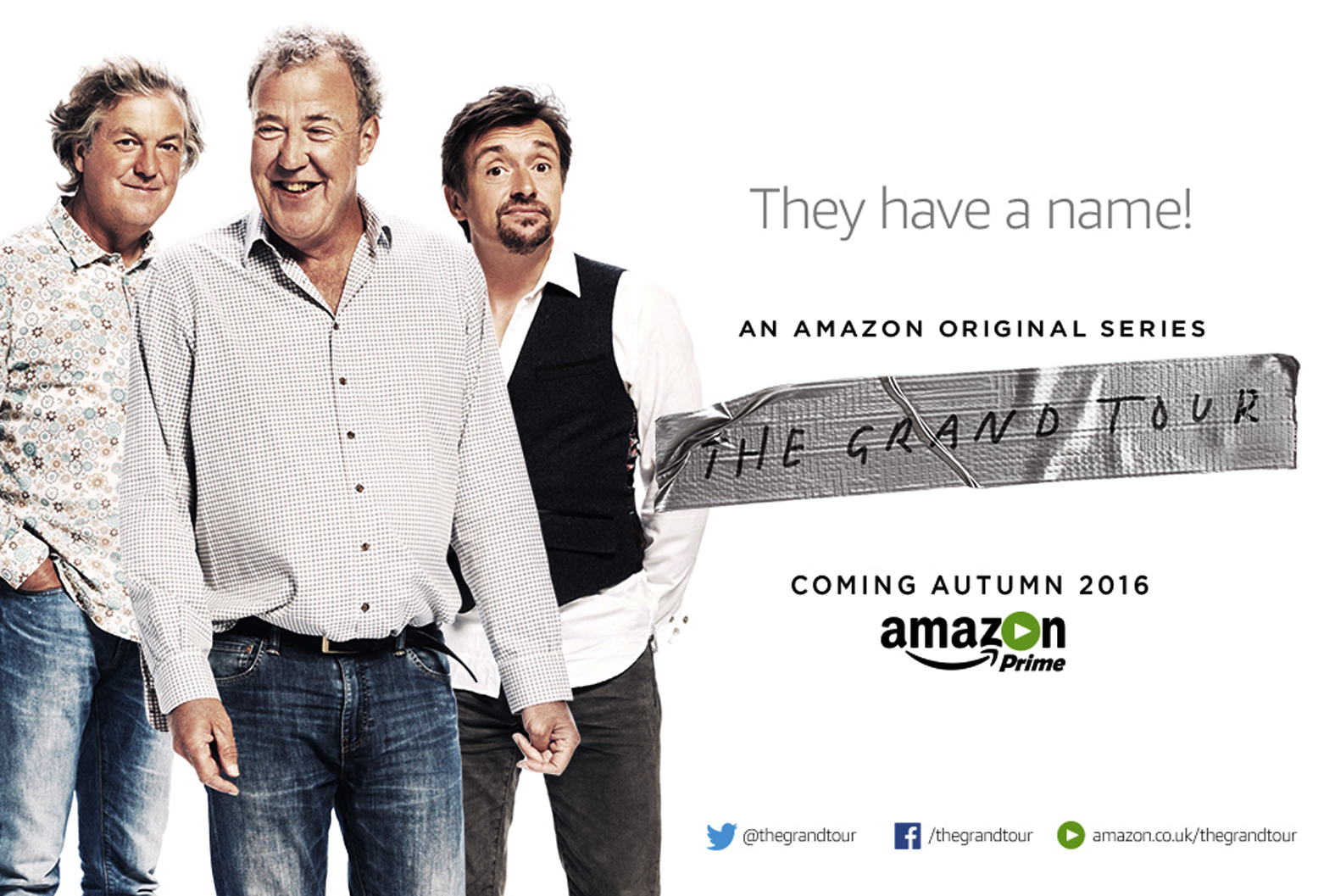 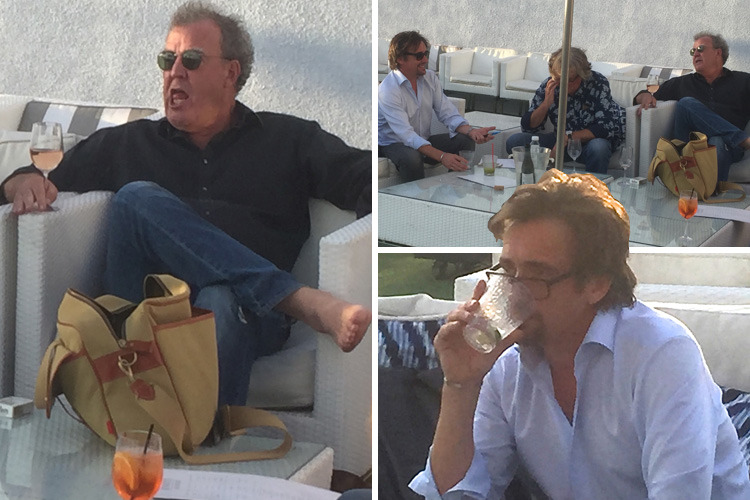 Jeremy Clarkson, James May and Richard Hammond share a joke over some wine ahead of release of new show 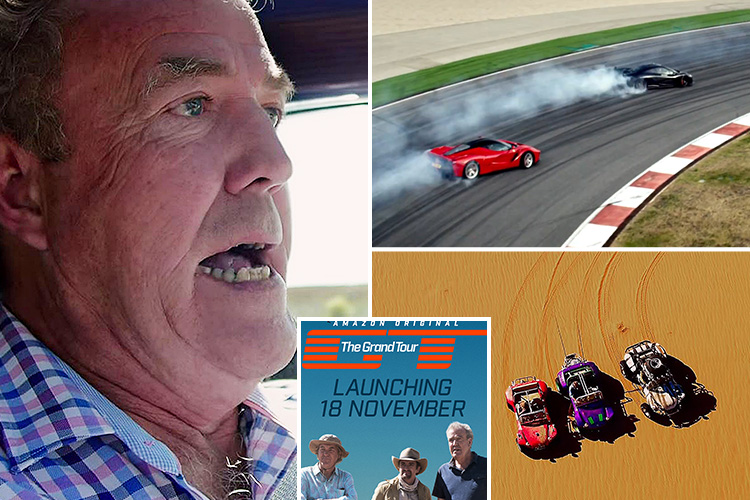 When does The Grand Tour start on Amazon Prime, how to watch, and when’s it available?