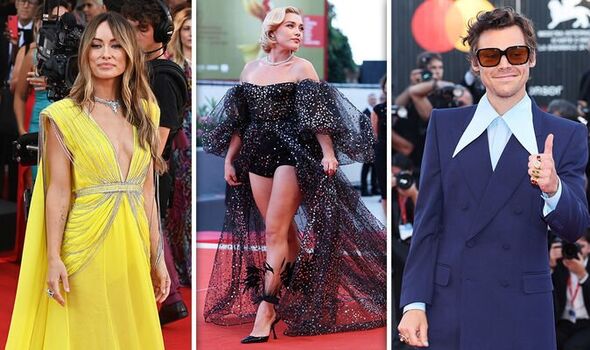 The cast of Don’t Worry Darling brought the sparkle to Venice Film Festival on Monday evening. First, Olivia Wilde arrived wearing a flowing, yellow gown that was dripping in diamonds. The dress featured a feathered trim and trailed behind the director as she walked.

The last to arrive was the film’s leading lady, Florence Pugh, who turned heads in an off-the-shoulder black gown which was mostly sheer and covered in sequins.

The garment showcased Florence’s muscular legs, which were highlighted by the huge split that went all the way up to her navel. 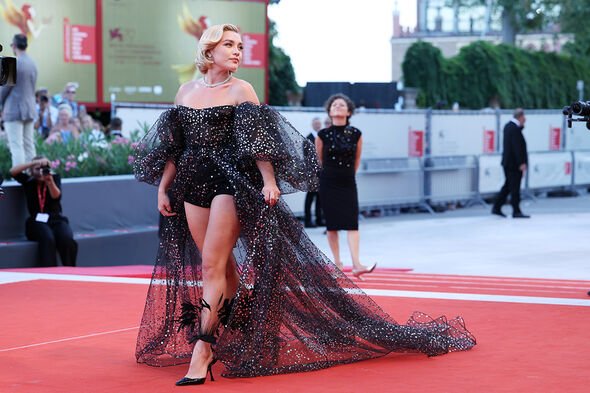 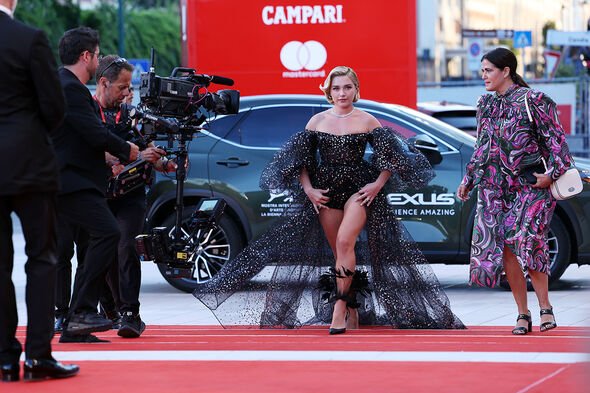 Florence Pugh made an entrance in the eye-catching gown

Florence Pugh’s dress showed off her muscular legs with a split that went all the way up to her navel. 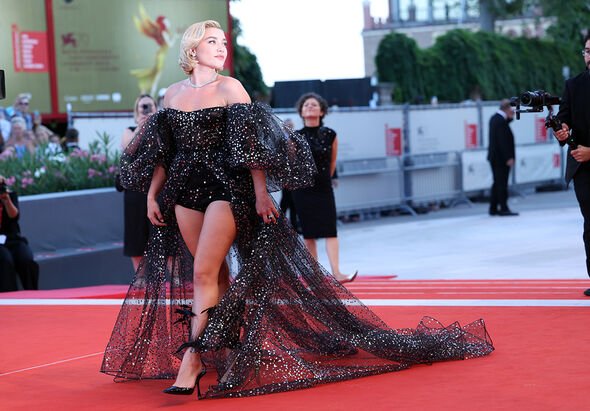 Florence Pugh’s dress was mostly sheer and trailed behind her as she walked. 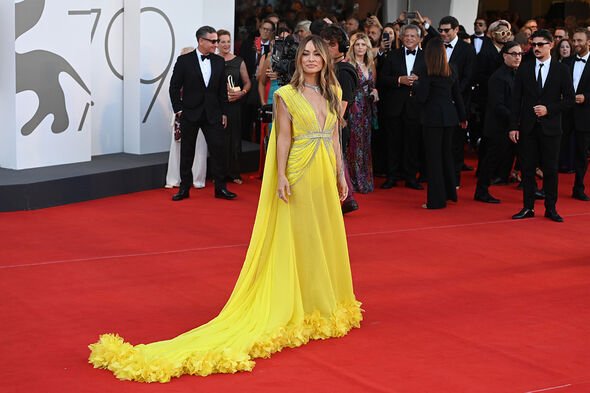 Olivia Wilde, who directed Don’t Worry Darling, glowed in a flowing yellow gown that was dripping in diamonds. 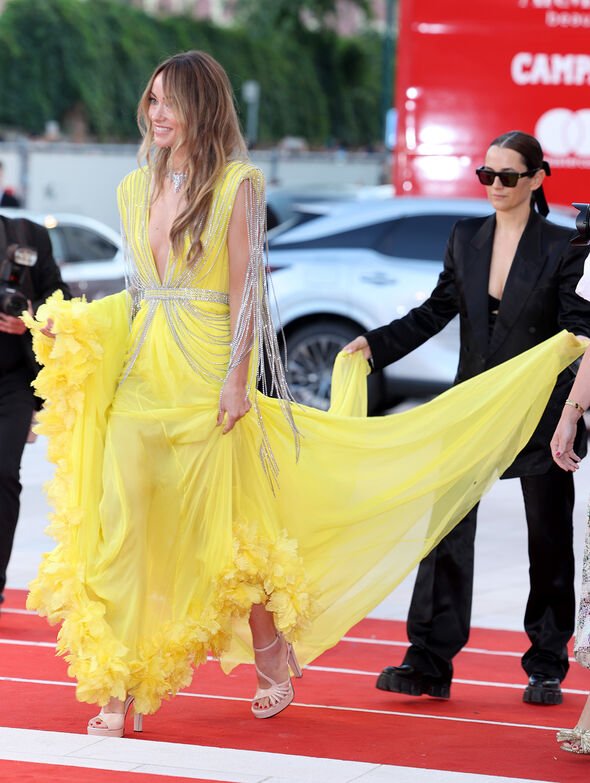 Olivia Wilde stunned as she made her entrance

Olivia Wilde needed plenty of helpers to get her flowing gown up the stairs. 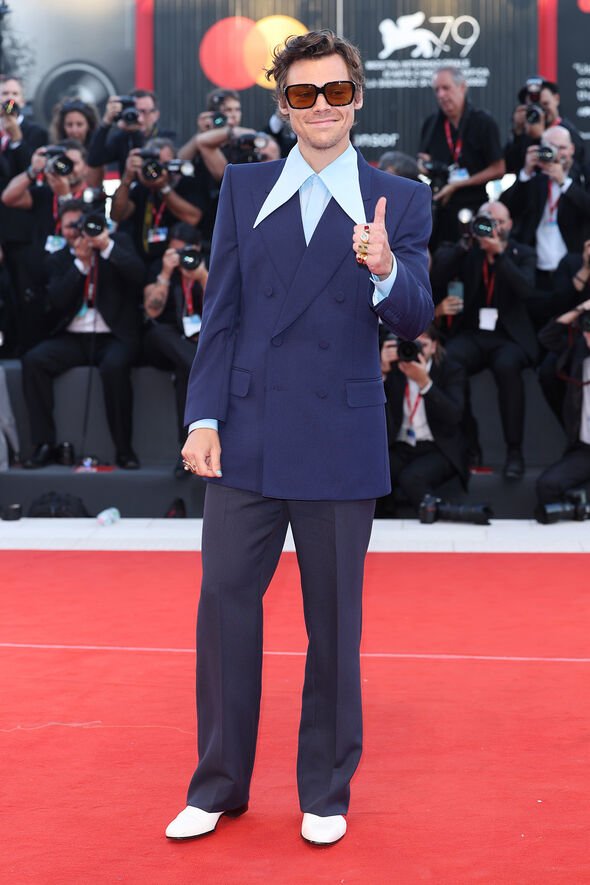 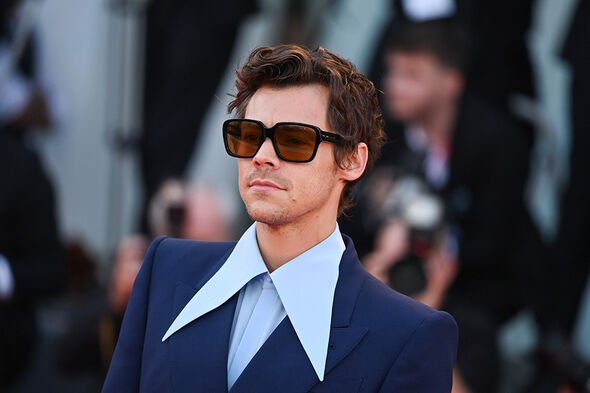 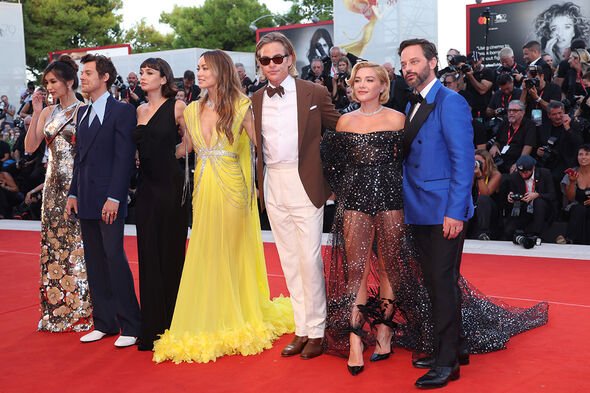 The Don’t Worry Darling cast posed together for photographs 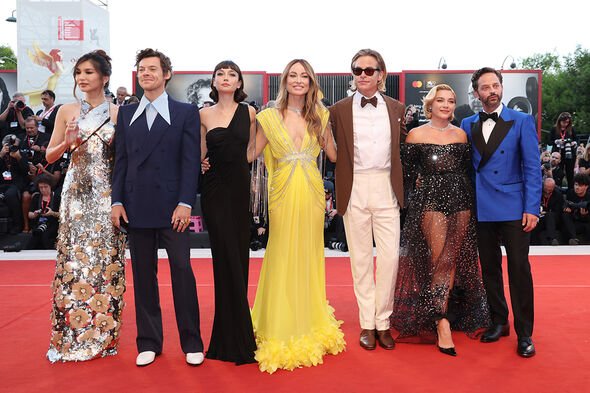 The Don’t Worry Darling cast looked sensational at the event

Don’t Worry Darling will be released in cinemas later this month. 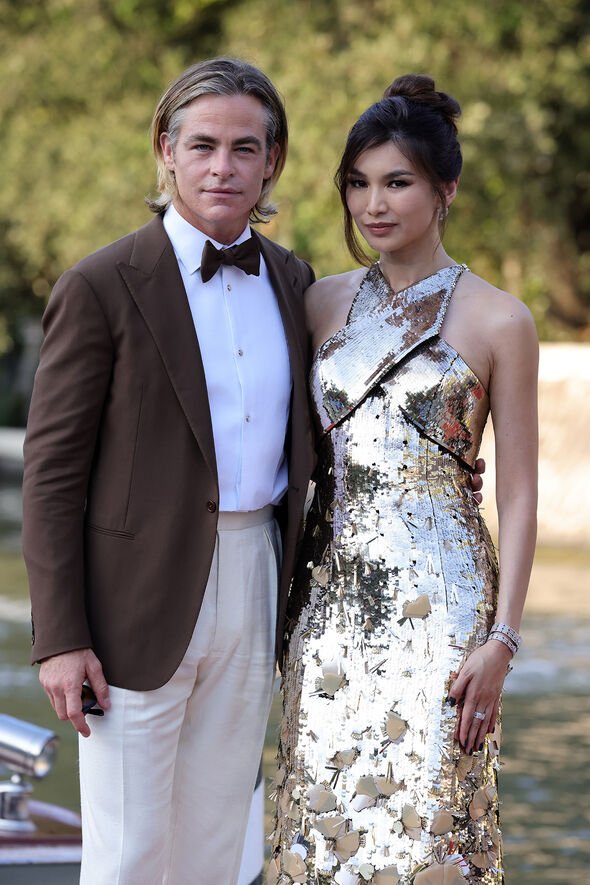 Chris Pine and Gemma Chan arriving at the event

Chris Pine and Gemma Chan looked a vision of glamour as they arrived together. 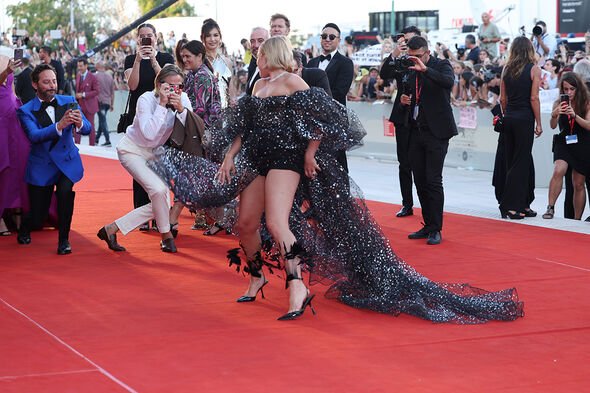 Chris Pine and Florence Pugh laughed together as he playfully took photographs of her arrival. 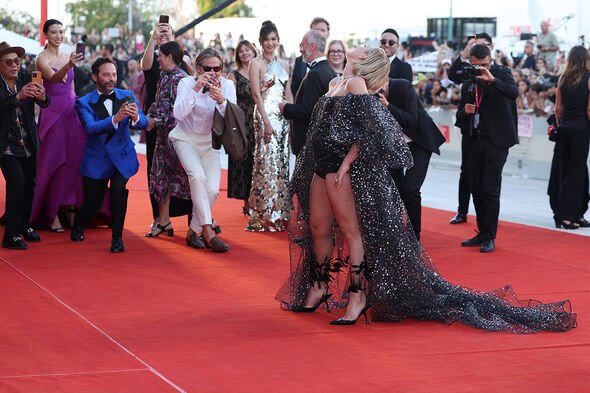 Chris took his brown suit jacket off to take photographs of Florence in her eye-catching gown.