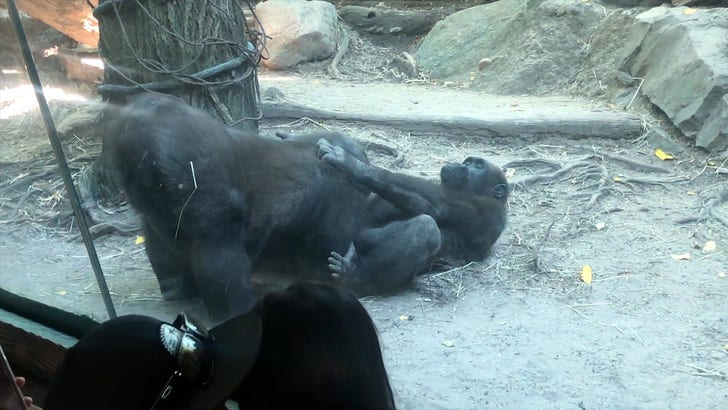 When Simon and Garfunkel sang that it’s all happening at the zoo … they weren’t kidding, because 2 gorillas got busy in front of a throng of onlookers.

You gotta watch this video … maybe the most hilarious this year. It — and the primates — went down Wednesday at the Bronx Zoo. 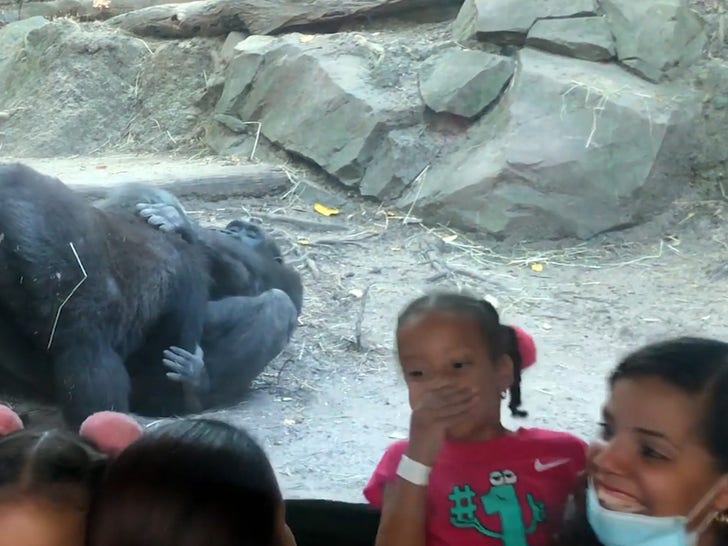 It started innocent enough … one of the gorillas was perched on a rock when he caught the eye of a fellow ape. Seems like they’re apes with benefits, because one of them immediately laid on its back, and the other assumed the position and went at it.

As hysterical as the gorillas were … you gotta see the adults who quickly shielded their kids’ faces and began screaming to make a run for it.

The video cuts off, but we’re pretty sure it was a happy ending.  And we’re not being fallacious.