Justin Timberlake apologized to Britney Spears and Janet Jackson for ‘failing’ them and not speaking out against ‘misogyny and racism.’ He vowed to ‘do better.’

Justin Timberlake has apologized for “failing” Britney Spears and Janet Jackson after being criticized for not supporting either woman after his relationship with Britney ended and during the fallout from the 2004 Super Bowl controversy with Janet. “I’ve seen the messages, tags, comments, and concerns and I want to respond. I am deeply sorry for the times in my life where my actions contributed to the problem, where I spoke out of turn, or did not speak up for what was right,” Justin wrote on Instagram on February 12. “I understand that I fell short in these moments and in many others and benefited from a system that condones misogyny and racism.”

“I specifically want to apologize to Britney Spears and Janet Jackson both individually, because I care for and respect these women and I know I fail,” Justin continued. “I also feel compelled to respond, in part, because everyone involved deserves better and most importantly, because this is a larger conversation that I wholeheartedly want to be part of and grow from.”

Justin was called out in FX’s new documentary, Framing Britney Spears, for painting her as unfaithful in his 2002 song “Cry Me A River”. The music video for the song, which was released the same year they ended their three-year relationship, featured a Britney lookalike. The documentary also contains audio from an interview Justin did at the time, in which he reveals private details about their sex life.

In the days since the documentary aired, the former NYSNC member was inundated with comments from fans defending Britney, asking him “So when are you apologizing to Britney,” and, “To even begin to make up for all the damage you have done you must speak to help FREE BRITNEY.” Justin has long been criticized for not supporting Janet after their joint Super Bowl halftime show. While singing his hit “Rock Your Body,” Justin ripped Janet’s shirt during the line “I’ll have you naked by the end of this song.”

Her breast was exposed. Janet was vilified by the press, publicly mocked, and banned from ever performing at the Super Bowl again after the accidental wardrobe malfunction. Justin never supported her, and faced absolutely no consequences. In fact, he was invited back as the halftime performer at Super Bowl LII in 2018. 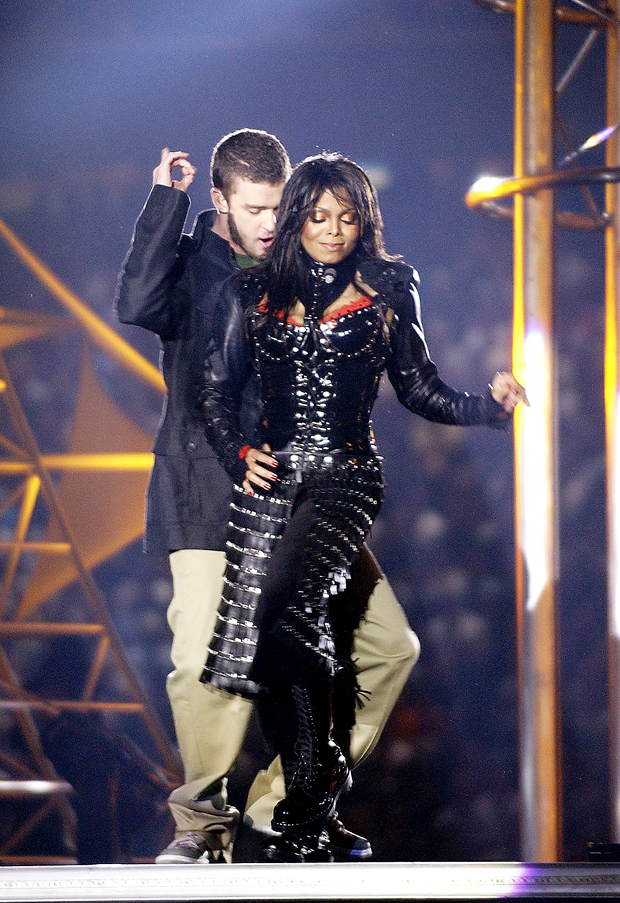 In his Instagram statement, Justin went on to talk about the “flawed” music industry, which he argues “sets men, especially white men, up for success.” He apologized for not recognizing his privilege, and stated that he “does not want to ever benefit from others being pulled down again.” He vowed to “do better and will do better.”

Justin continued: “I have not been perfect in navigating all of this throughout my career. I know this apology is a first step and doesn’t absolve the past. I want to take accountability for my own missteps in all of this as well as be part of a world that uplifts and supports. I care deeply about the wellbeing of the people I love and have loved.”

Britney Spears and Janet Jackson have not yet responded.