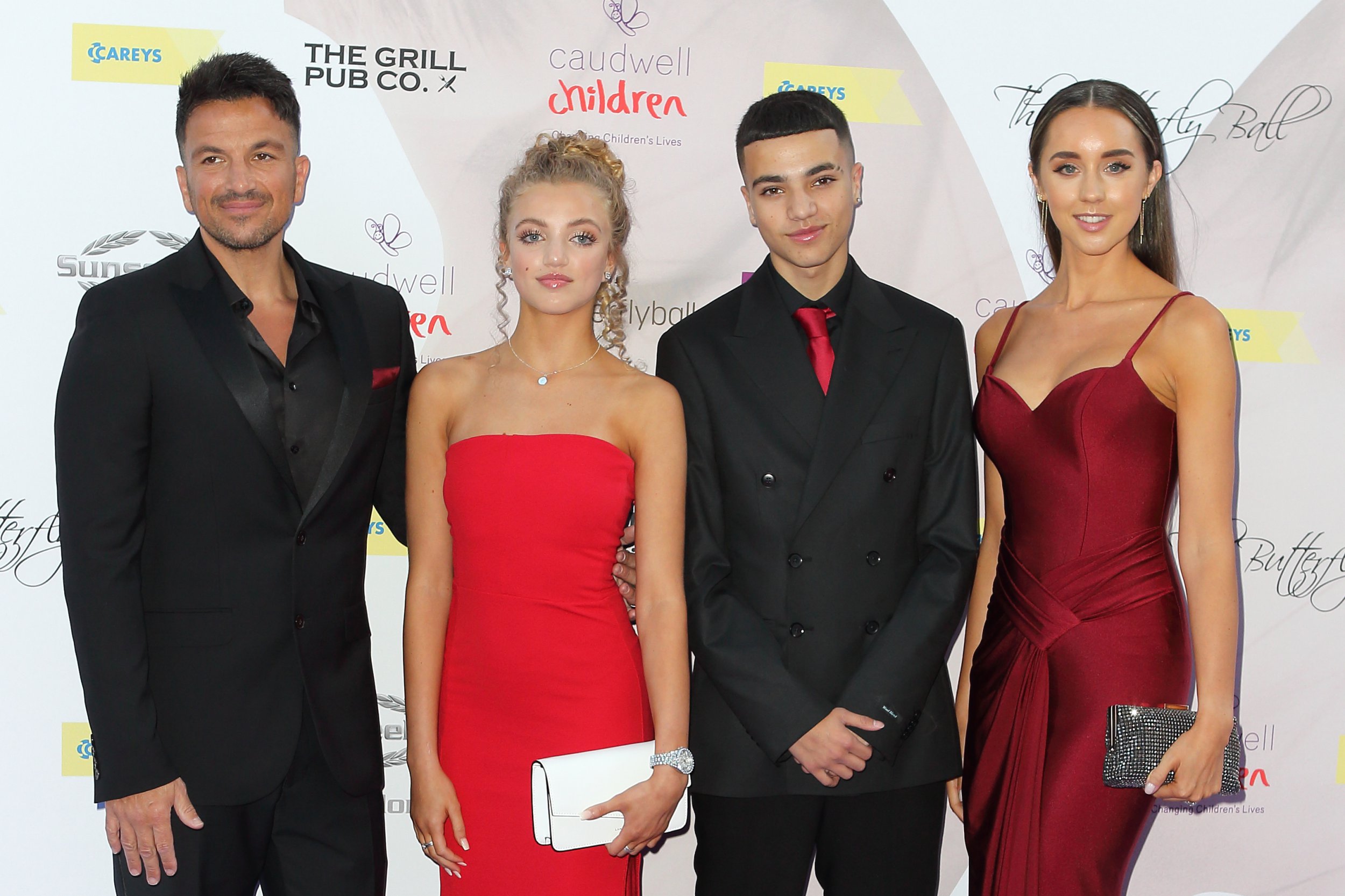 Peter Andre may be against his daughter Princess going on Love Island as a contestant, but he’d be totally up for her nabbing Laura Whitmore’s job as host, he has revealed.

The singer and TV star, who attended the Caudwell Children’s Butterfly Ball on Thursday along with Princess, 15, son Junior, 17, and wife Emily MacDonagh, 32, also joked that it won’t be long until he is only known for being ‘Princess’ dad’ thanks to her future career as a star in her own right.

The family turned heads at the swish bash, with Pete, 49, cutting a dapper figure alongside Princess, who wore a scarlet red dress that complemented her step-mum Emily’s own deep red gown.

Also adding to the overall red carpet vibes was budding singer Junior, who sported a black trouser suit with a red tie.

Taking his eldest children along to the glam showbiz event is par for the course for Peter, who is clearly fully on board with his kids following in his celebrity footsteps.

He’s recently shown his support for Junior’s music career, which has so far gone well, with his debut single Slide recently shooting up the iTunes singles chart.

And he’s also backing his daughter Princess to enter the showbiz realm, although he’s not best pleased with her dream of entering the Love Island villa in a few years’ time.

Speaking to Metro.co.uk at the Butterfly Ball, he joked: ‘I guess I’m now only going to be known as ‘Princess’s dad.

Asked about his recent Instagram post in which he told Princess she wasn’t allowed to appear on Love Island – on which another celebrity offspring, Gemma Owen, 19, the daughter of former England footballer Michael Owen currently appears – he replied: ‘I always say I’d love her to present the show.

‘It’s a great show to watch – just not sure I’d want my daughter on it, that’s all.’

Peter, who shares Junior and Princess with ex-wife Katie Price, and his younger children, Amelia, eight, and Theo, six, with second wife Emily, continued: ‘I give her grief about it all the time.

The singer, who hosted the star-studded charity event, was all smiles as he hit the red carpet with the stunningly turned-out family group, who all posed for a series of snaps for photographers.

At one point, the tuxedo-clad star posed for a selfie with medical doctor Emily, who wore a wine-red coloured spaghetti strap gown, and for a group selfie with the rest of the gang.

At one point, Peter, Emily and Junior were asked by the cheeky photographers to step aside so they could get solo snaps of Princess to which the family obliged, allowing her to have her first stand-alone red carpet moment.

Like a fish to water, Princess posed like a pro with no show of nerves in front of the flashing camera lights.

Princess also uploaded some images from the event to her social media and they instantly drew comparisons from her followers to her famous mother.

‘She looks like Katie before she became Jordan – gorgeous,’ wrote another.

The annual event was set up by billionaire businessman John Caudwell and aims to improve the lives of disabled and autistic children.

It was also attended by the likes of Nicole Scherzinger, who let down waiting fans by avoiding the red carpet and sneaking into the event from a secret entrance, and Paddy McGuinness’s wife Christine.

Christine, who stunned in a gold low-cut frock during her solo attendance, has faced rumours recently that there’s a possible rift in her and presenter Paddy’s 11-year marriage, but declined to comment on them.

The 34-year-old mum-of-three only served to add to the speculation by posting a quote on Instagram earlier this week.

She shared: ‘This year I met the most broken version of me, but also the strongest.’

The former Real Housewives of Cheshire star then added: ‘Regarding the press… There is only one thing I want to make clear right now… I didn’t put us in this situation.”

Christine had previously insisted that there were no problems in paradise, and told OK!: ‘We’re really good, honestly.

‘We have had difficult times but when I look back at our marriage and see where we are now, I think, “Wow, you know, we’ve done alright!”‘

Elsewhere at the event, Michelle Heaton, who appeared with her husband Hugh Hanley, told Metro.co.uk that she had been enjoying her new life of sobriety and ‘pulling through thanks to all the support from fans and her family.’

The former Liberty X singer recently revealed her struggles with alcohol addiction and how she’d been sober for a year.