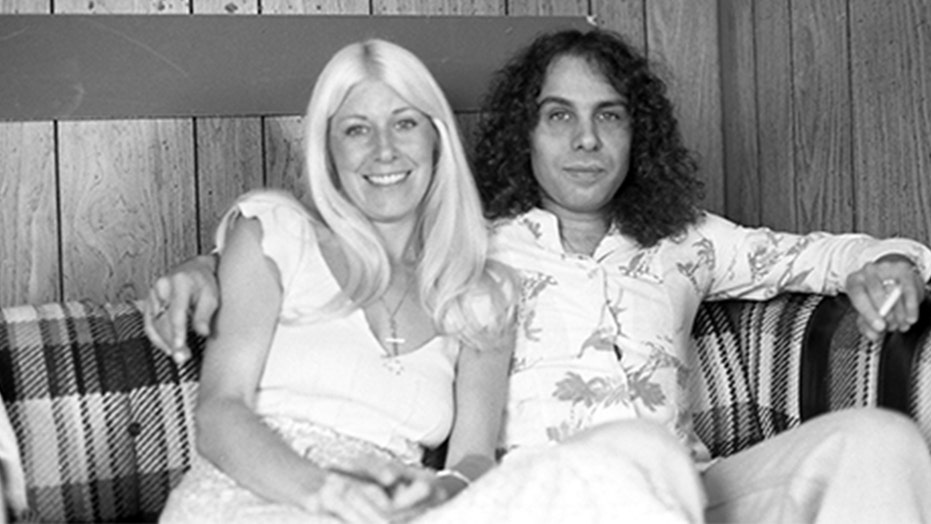 Several years before Ronnie James Dio was diagnosed with cancer, the heavy metal music icon began writing his memoir. Now, his fans will get to read the singer’s story in his own words.

The long-awaited book titled “Rainbow in the Dark: The Autobiography” was co-written by British music journalist Mick Wall and Dio’s widow, longtime manager Wendy Dio. It details the star’s journey to international fame and how he managed to serve as a frontman to three world-renowned bands.

When Dio had undergone his seventh chemotherapy treatment, he was hopeful to perform again. He died in 2010 at age 67. Now, his wife of 36 years hopes to share Dio’s tale with longtime fans who have remained devoted to his music over the years. 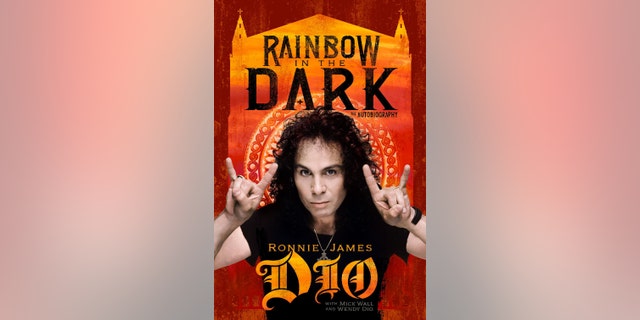 Dio’s widow spoke to Fox News about why she’s releasing the book now, the secret behind their lasting marriage and what kept them going during tough times.

Fox News: Your husband, Ronnie James Dio, began writing his book a long time ago. Why did he choose to write his memoir at that time?
Wendy Dio: A lot of people had been asking him to write a book. One day he decided, why not put it down? He wanted to write about how he got into the business, where he was born, his teen years and his struggles. He’s had such a long career that it would, of course, take two or three volumes to cover it all. But he wanted to explore how he got to where he was.

Fox News: You met your husband in 1974. What was your initial impression of him?
Dio: He was too short for me *laughs*. But he was an amazing person. He made everyone that ever talked to him feel like they were the most important person in the world. He just loved people. And he really was a wonderful, caring person. 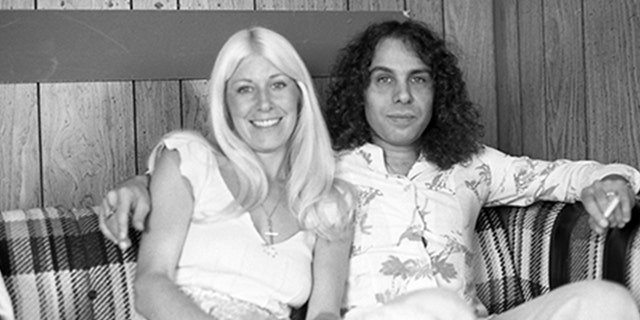 Ronnie James Dio and Wendy Dio married in 1974. They remained together until his death in 2010.
(Permuted Press)

Fox News: Ronnie said that he knew right from the start that you were The One. However, you needed a bit more time to be convinced. Why?
Dio: Well, in the beginning, he really was a bit short for me. And I wasn’t really ready for a relationship at that time. But he was persistent. He kept calling me and then he wanted me to go on tour with him. And I quit my job. I said, “I’ll come for a couple of weeks.” I never came back. But I truly learned what an amazing person he was. He read a book a day, he was so intelligent. He could talk to you about any subject whatsoever.

Fox News: We know Ronnie the rock legend. But what was Ronnie the husband like?
Dio: Oh, he didn’t like to dress up. He was perfectly comfortable in a sweatsuit. He didn’t like to go out too much. So we used to have a lot of friends come over to our house instead. He loved to entertain at home. He also loved to watch sports. In fact, he would write songs while watching sports. He knew everything about every sport that was going on.

Fox News: You were initially hesitant about taking on the role of manager. Why?
Dio: Well, it’s a big thing. Ronnie was a big star. Even though it was in my background, it was scary. I worked as an intern at Decca Records. I went to an agency for bands and I also worked for attorneys reading contracts. But this was a completely different, life-changing role. 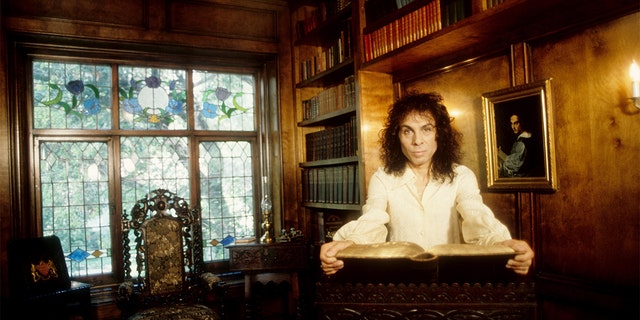 In the beginning, I certainly faced a lot of bumps with a lot of people. But gradually, they realized that I had the best interest for Ronnie. In fact, he said one time, “I’d rather get screwed by my wife than screwed by my manager.” *Laughs*.

He trusted me and I tried to do my absolute best for Ronnie. I never interfered with his music. He never interfered with my management. And I think that’s why it worked. But I did have a lot of hiccups at the beginning with a lot of people who said, “Oh, you don’t know what you’re doing. Give him to me. I know what I can do with him.” But we stuck it out.

Fox News: It sounded like he gave you free rein to create your own role and identity as his manager?
Dio: Yes, but he was very involved as well, like with album covers and things like that. He was a control freak, I’m a control freak. So you’ve got two control freaks working on things together. We bumped heads a lot of times, but in the end, it always came out the way we wanted. Our goal was to give our fans great value. He loved his fans more than anything else in the whole world. That was his priority. He never forgot where he came from. The fans came first. 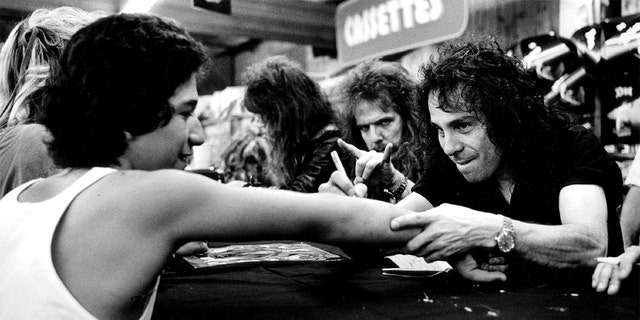 Ronnie James Dio had a close bond with his fans over the years.
(Denver Post via Getty Images)

Fox News: According to the book, Ronnie at point had less than $800 in the bank. How did you two manage at the time?
Dio: Ronnie got fired from Rainbow. We used to have a big house and a big car. Everything was paid for by the management. Then he wasn’t in Rainbow anymore. We didn’t have anything. My grandmother left me a little inheritance. We basically took that and drove 3,000 miles to California where we knew more people.

It was a big struggle, but you know what? You pay your dues. And we were never down about it. I always knew he was going to get something going and he did, too. Then the opportunity to join Black Sabbath came along. That was something he wasn’t so sure about in the beginning. But once he was in, he absolutely loved it. It was probably his favorite time in his life.

Fox News: What’s the funniest or most unique encounter Ronnie’s ever had with a fan?
Dio: Oh there’s so many *laughs*. We had fans who would come from Holland and basically follow the whole tour around on a bus. They’re still friends of mine now. Ronnie developed a close bond with his fans. If it was raining outside, he would invite them into his tour bus. He made sure they were treated well. 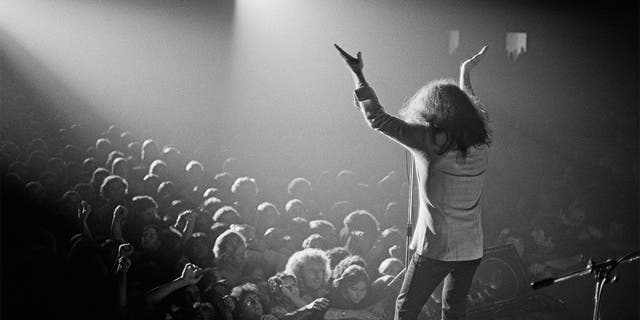 Fox News: What surprised you the most about the heavy metal scene?
Dio: Well, Ronnie was a bit different. He wasn’t sex, drugs and alcohol. He took his music very seriously. Everything had to be exactly the way he wanted it to be. So I think that made him different, in comparison to some of the other bands that were around at the time.

But you know what truly shocked me about the metal scene? The fans are true fans. They never forget. They support nonstop. In different genres, you’ll have fans that stick around for a certain time and then move on to something else. But the heavy metal fans, they’re with you for life. They are completely genuine, honest and loyal. They have huge hearts and they’ll follow the bands all the way through their lives.

Fox News: Is there anything you feel Ronnie would have done differently in his life?
Dio: Truthfully, I don’t think he would have done anything differently. If he hadn’t died, he would have kept creating. People tried to put him in a certain box. But he wanted to do things his way. He didn’t just want to make record labels happy or just go commercial. The music meant so much more to him than that. And it worked because his music still sells. It makes me so happy, still, to see young bands playing his music. 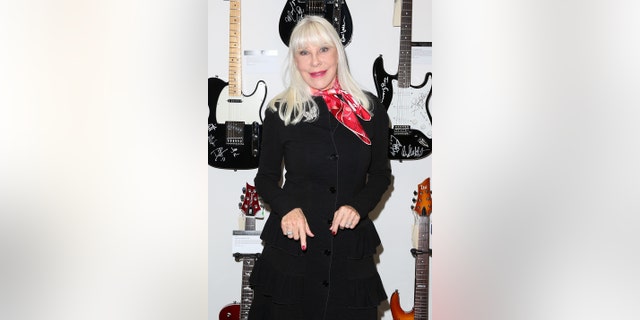 Wendy Dio has been determined to keep the legacy of her late husband, Ronnie James Dio, alive.
(Photo by Paul Archuleta/FilmMagic/Getty Images)

Fox News: What do you believe was the secret behind your lasting marriage to Ronnie?
Dio: Well, we had a lot of ups and downs and fights, of course. We had a few separations and came back again. But I think we both truly wanted this. We also believed in his music and his goal in life was to make his fans happy. And that’s my goal now. I want to keep his music and imagination alive.

He had a wonderful sense of humor. He was a trickster. His band used to play tricks on each other all the time. And when he wasn’t performing, he was at home watching sports. He was a huge sports fan. I remember one time Wayne Gretzky gave him this prized jersey. I had no idea what it was or what it meant. I just thought it was an old, oversized shirt that was 10 times too big for Ronnie. So I just threw it in the trash. He wanted to kill me for that *laughs*.

Fox News: It sounded like he was a homebody.
Dio: He really was. He loved to just sit in the house, invite friends over and watch the games. He just wanted to have a normal life. And anytime he was watching any sport – Giants, Yankees – he was always inspired and writing new music. He loved every kind of sport. 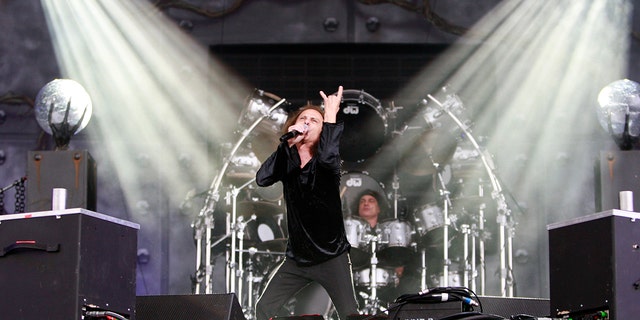 Ronnie James Dio was yearning to perform even after being diagnosed with cancer.
(Photo by Chiaki Nozu/WireImage/Getty Images)

He wanted to play baseball or do things like that growing up, but he wasn’t allowed to because his father made him practice the trumpet all day. But his love for sports always remained. He was just a normal guy with a wonderful sense of humor and a dream.