Prince Harry and Meghan Markle are one busy couple. They inked their multimillion-dollar Netflix and Spotify deals in 2020 as a financial necessity according to Harry, per The Washington Post. The couple spoke of their Netflix deal in September 2020, offering that it will yield everything from documentaries to scripted shows. “Our focus will be on creating content that informs but also gives hope,” their statement read (via The New York Times). “As new parents, making inspirational family programming is also important to us.”

Harry individually has produced and released a much-talked-about Apple+ TV docu-series on mental well-being in May, “The Me You Can’t See,” with Oprah Winfrey. The series, setting out to destigmatize mental illness, employed such prominent guests as Lady Gaga, Glenn Close, and mental health advocate and speaker Zak Williams. Then on August 4, her 40th birthday, Meghan also announced an independent project — a mentorship campaign named “40×40” dedicated to helping women re-enter the workforce, per NBC News. “Because I’m turning 40, I’m asking 40 friends to donate 40 minutes of their time to help mentor a woman who is mobilizing back into the workforce,” Meghan’s announcement stated. Hoping to create what she called “a ripple effect,” friends including iconic feminist Gloria Steinem and pop superstar Adele were enlisted.

Not all are happy with Meghan’s endeavors as of late, though. Here is why one royal expert thinks the Duchess of Sussex is currently on the wrong path in life. 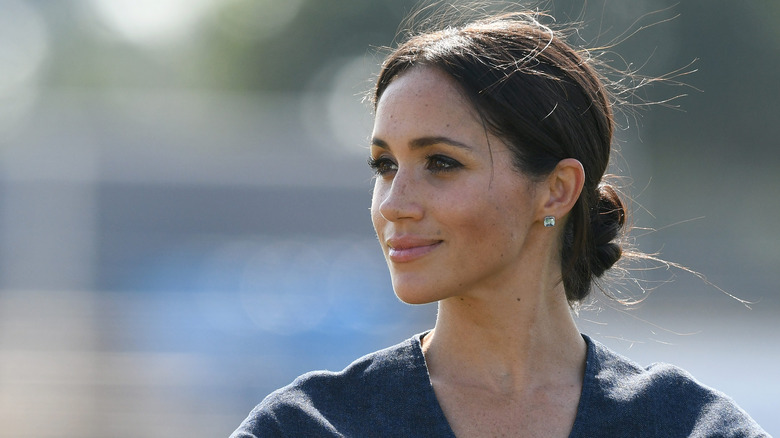 Former royal editor Duncan Larcombe told True Royalty TV’s “Royal Beat” on August 13, per the Daily Mail, that Meghan Markle’s philanthropic “40×40” campaign is misguided in light of all her and Harry’s accusations about the royal family in 2021. “She has left behind her a trail of devastation, on the Markle side, and now on the Windsor side. I don’t want to see her lecturing young mums having to go back to work from inside her $11million LA mansion,” Larcombe opined. “This initiative is nonsense, she should be spending her time trying to build bridges with the very people that she and Harry have betrayed.”

Larcombe also weighed in on the announced release of Harry’s late 2022 memoir via Penguin Random House, likening it to “a sword of Damocles hanging over the Royals now.” As per CNN, Harry had promised the book to be “a firsthand account of my life that’s accurate and wholly truthful.”

The royal expert even speculated on the August 13 episode that Harry might deliberately release his tell-all on the same day as the Queen’s Platinum Jubilee celebration in 2022. “We don’t know if it is going to be timed to come out on the day that the nation is supposed to be paying tribute to the Queen,” he claimed. As with all matters Meghan and Harry, it seems the Sussexes can’t do right lately in the eyes of many royal commentators.