Love her or hate her, Taylor Swift is one accomplished woman. The singer-songwriter began her career when she was only a teenager and has become one of the most successful musicians on the globe. Recently, Swift was honored for her achievements when New York University awarded her an honorary doctorate in fine arts. The “Blank Space” singer also served as the 2022 commencement speaker. There, she touched on her experience of being “canceled.” 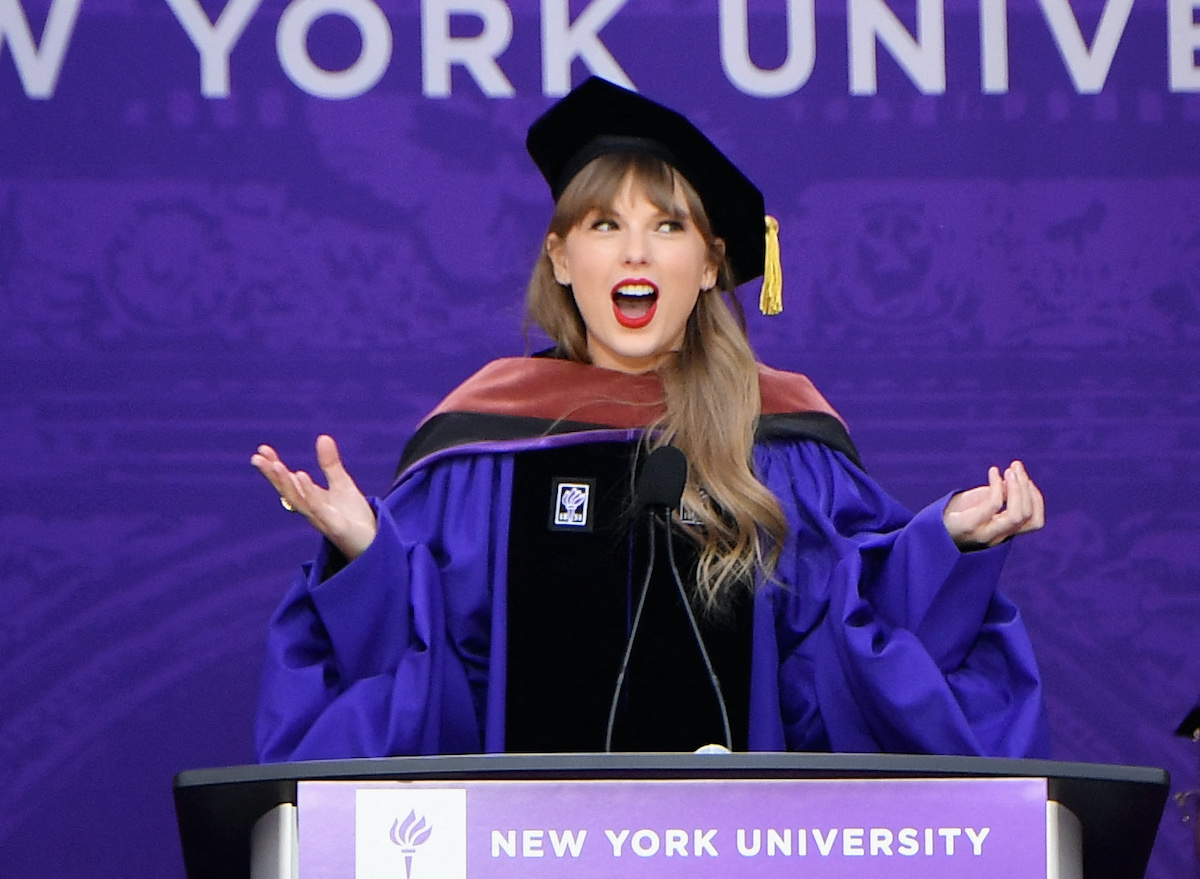 Though Swift’s speech was jam-packed with lots of quips and anecdotes, much of the Intenet is focusing on one particular moment. In the graduation speech, the “All Too Well (Taylor’s Version)” singer referenced her long-standing feud with Kanye West. When his now ex-wife, Kim Kardashian, posted an edited version of a private phone call between the pair, Swift received a ton of criticism. She was called a liar, a snake, and more. Furthermore, #TaylorSwiftIsOverParty trended on Twitter.

“Being publicly humiliated over and over again at a young age was excruciatingly painful but it forced me to devalue the ridiculous notion of minute by minute, ever-fluctuating social relevance and likability,” Swift shared in her speech. “Getting canceled on the internet and nearly losing my career gave me an excellent knowledge of all the types of wine.”

Swift’s account of events seems to be polarizing for fans and critics alike. While Swift did receive a deluge of negative press, she also had many supporters during this time. After the negative media attention, Swift released her album, Reputation. Despite not doing any press, the album was highly-successful. Furthermore, the stadium tour that she did for the album broke the record for the highest-grossing U.S tour since Billboard Boxsource began tracking data in 1990. She also made millions from the album and tour, so some people questioned if her career was ever really in jeopardy.

“I’m sorry, when has Taylor Swift ever been canceled and close to losing her career?” one person questioned on Twitter. “She is so delusional and wants to be a victim so badly.”

Another Twitter user shared that just because Swift was cyberbullied doesn’t mean that her career or success was ever really canceled. “Why does every single one of you think that online harassment is akin to nearly losing your career?” they wrote. “Ffs she’s been famous since she was 15, therefore she’s been facing online harassment since she was 15 and it never threatened her f****** career before. You all need to relax.”

Swift’s fans rally behind her and say she was, in fact, canceled in 2016

Other people, however, quickly took Swift’s side. They cited that she dealt with much more than just a few Instagram and Twitter comments. One Twitter user explained how a lot of the media seemed to turn against Swift as well.

“There were talk shows and magazines at the time that were tearing her into pieces,” a fan penned. “Calling her a liar, a snake, annoying. Saying she was playing victim and she knew what she was doing. What is bullying to u all? What is losing ur career to you? Y’all are so disappointing.”

Clearly, the Internet is divided on whether or not Swift was ever truly in danger of losing her career as a singer-songwriter. But it’s clear that the musician’s career is in a good place today.