A CHOCOLATE fan was left reeling after discovering the secret behind Penguin bars – and it’s blowing people’s minds.

TikTok user Jake shared a video where he claimed that the famous chocolate treat has a link between another popular biscuit. 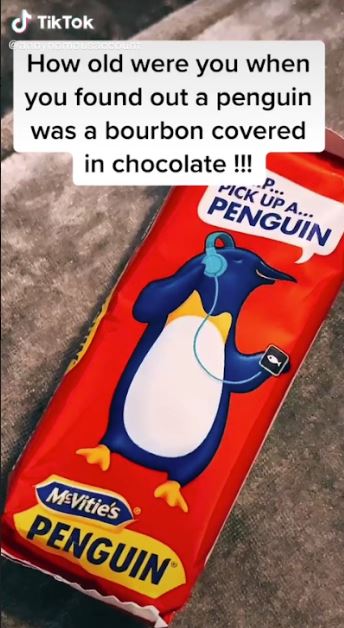 In the clip Jake can be seen dunking his Penguin in his tea which sees the chocolate coating melt away to expose the biscuit underneath – which looks rather familiar.

Captioning his video, Jake wrote: “How old were you when you found out that a Penguin was a Bourbon covered in chocolate!!!”

His post has since gone viral, receiving over a million views and leaving snack fans baffled.

Commenting on the post, one wrote: “NO NO NO I REFUSE TO BELIEVE.” 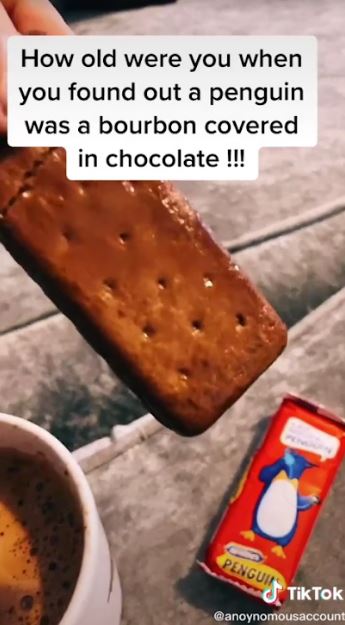 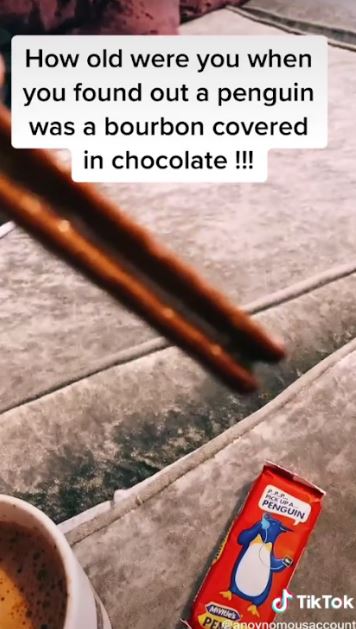 “EXCUSE ME?!” wrote another, while a third wrote, “NO I WILL NOT TAKE THIS.”

However, not everyone was as easily convinced.

“Why do I like bourbons but not Penguins?” one commented, while another added, “I feel like they've just dunked a Bourbon in tea and said it was a Penguin bar.”

In other food news, this savvy mum’s discounted buys sees her get two weeks worth of food shopping for just £1.05 – here’s how you can do it.

For more money-saving tips, this extreme cheapskate reveals how to save hundreds on groceries WITHOUT coupons – including the ‘double & freeze’ method.