A DAD was accused of cheating on his partner after receiving the wrong father’s day card – and the small error led his partner to smash up his laptop, TV, and phone.

Darren Wilson, 52, was expecting a father’s day card in the post from daughter Darcy, 22. 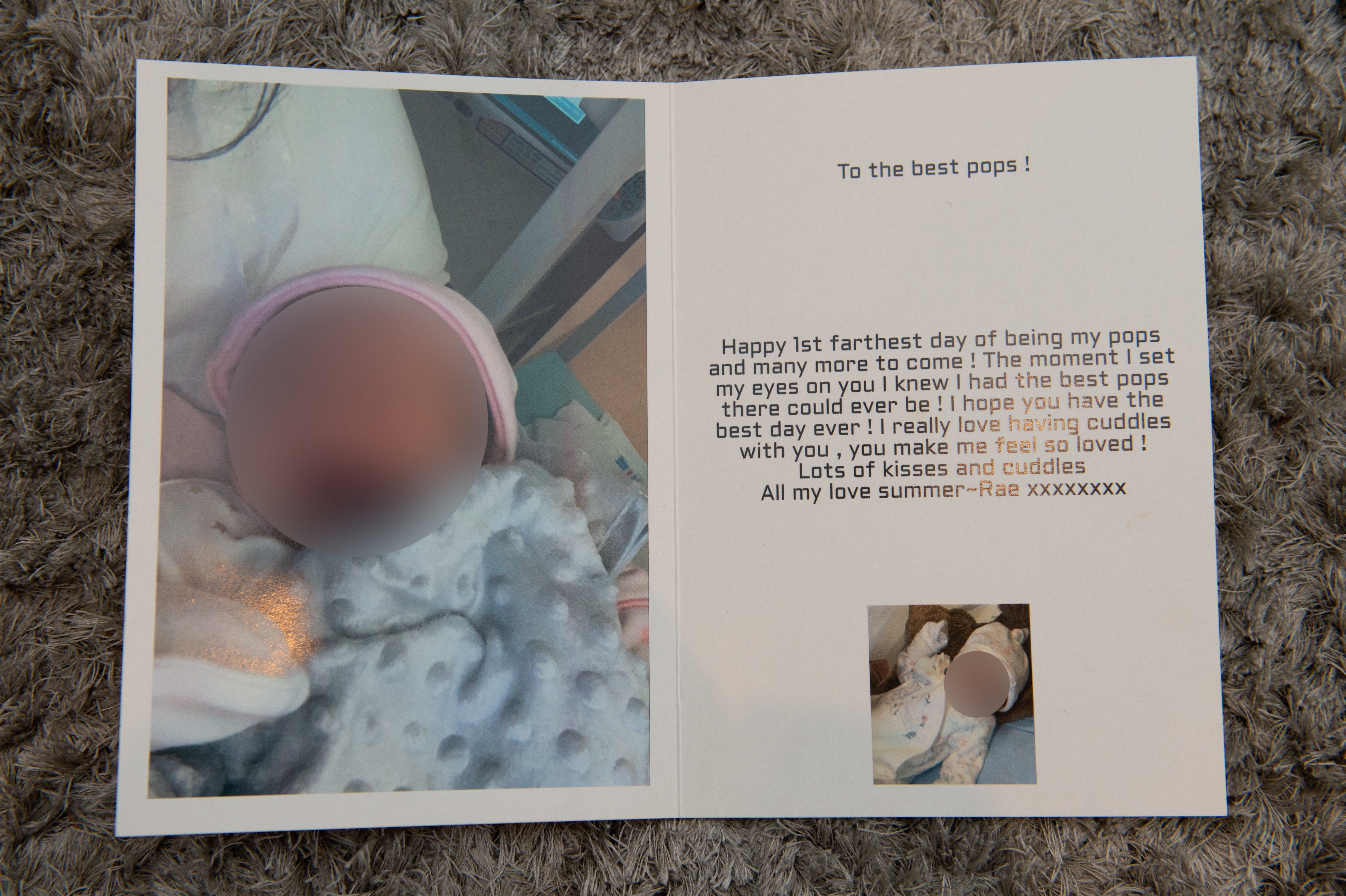 The card company, however, accidentally sent him the wrong card, meaning the dad-of-six wound up in a very sticky situation.

Partner Kerry, 44, opened the card addressed to Darren and mistakenly thought her boyfriend had cheated and fathered a baby. 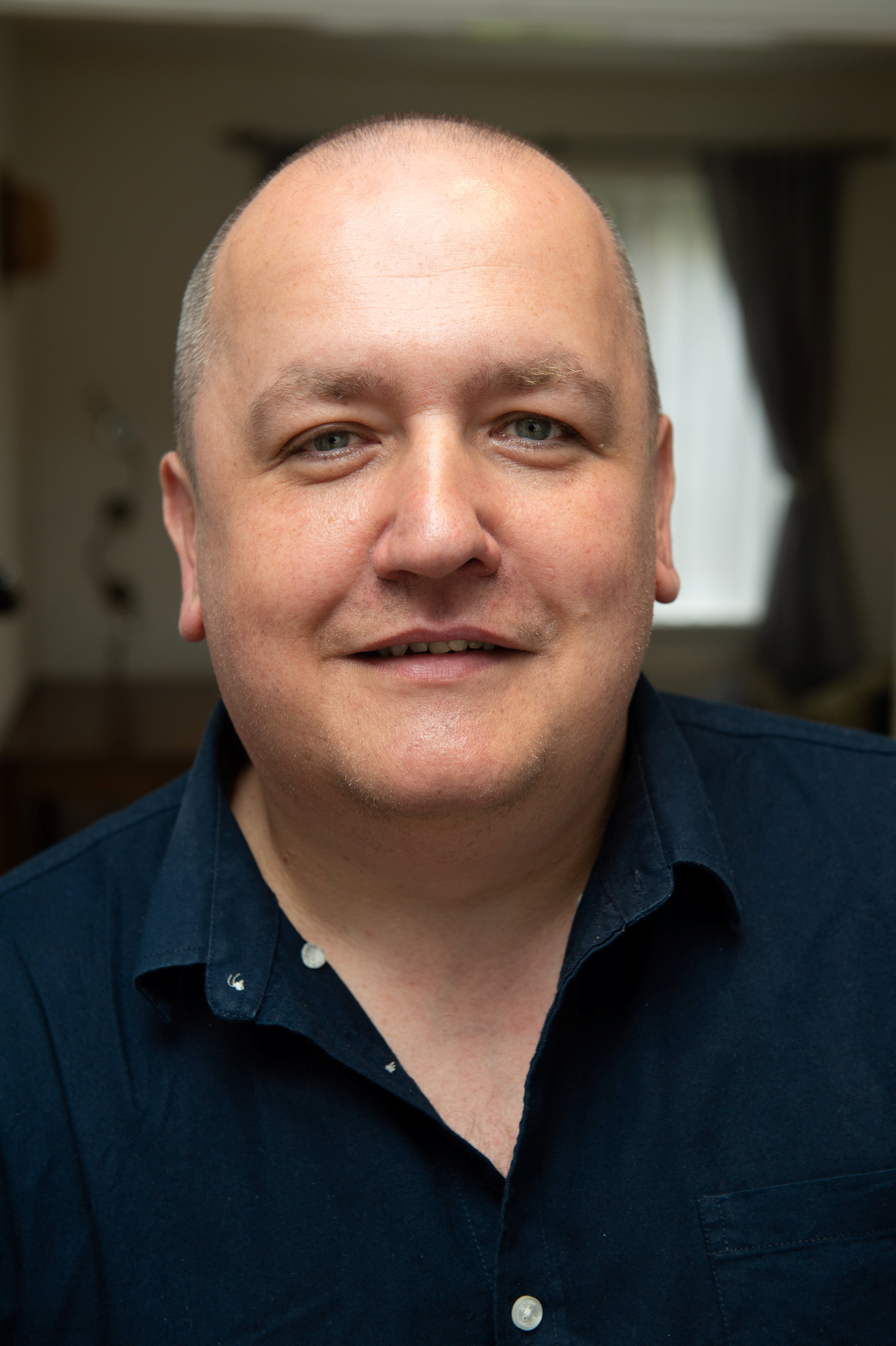 "Happy 1st fatherest day of being my pops and many more to come! The moment I set eyes on you I knew I had the best pops there could ever be! I hope you have the best day ever!

"I really love having cuddle with you, you make me feel so loved! Lots of kisses and cuddes. All my love Summer-Rae xxxxxxxx".

Because she thought her partner was a love rat, Kerry flew into a rage and when she couldn’t contact Darren on his work phone, she smashed his TV, laptop, and personal phone.

"I was at work when my partner opened it. She is a bit paranoid as 15 years ago, I was a bit of a naughty boy. 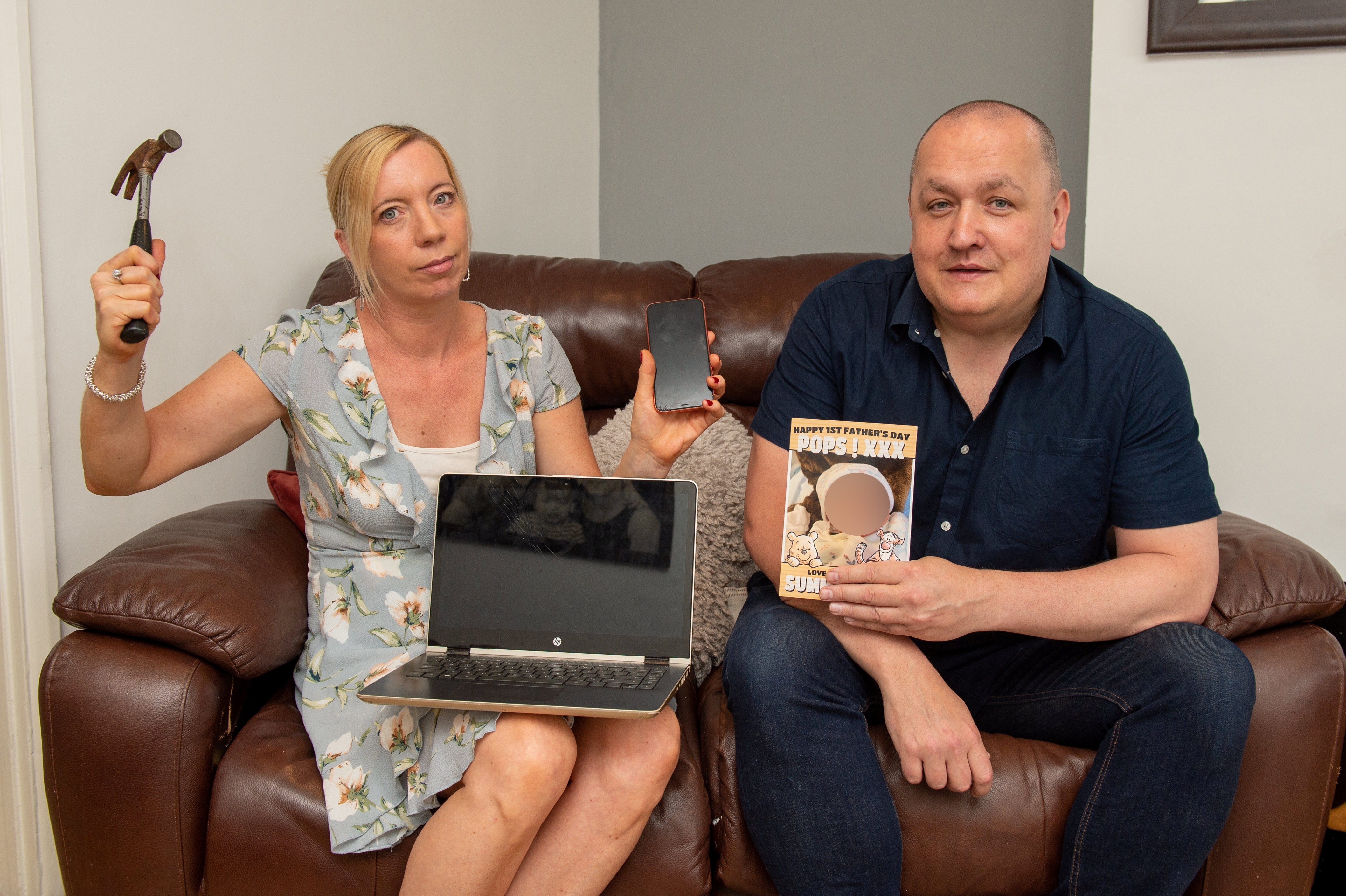 "And there it was. A card with a little boy or a little girl on it, no older than six months with 'Pops' written on it.

"If it were a generic Father's Day card it wouldn't be so bad but my kid call me Pops.”

He added: "It didn't have Mark, Paul or John written on it but the nickname all my kids call me!

"Needless to say she had gone absolutely ballistic.

"Of course it's not her fault she's suspicious because I was a naughty boy 15 years ago.”

He criticised the card company for their mistake, saying their error has caused him an awful lot of trouble.

He explained: "To be honest it's quite a sweet card but this has just started paranoia all over again.

"It's a simple process. It's not rocket science.

"I've heard of Moonpig but Funky Pigeon means nothing to me.

"To them it's a simple mistake but to me it's life threatening.

"Because they haven't done their job right it's causing me grief.

"They said they'll send me the card my daughter was originally going to send for free but what is that in a way of an apology?

"I've lost my laptop, TV and personal phone because they've sent the card out to Joe Bloggs. 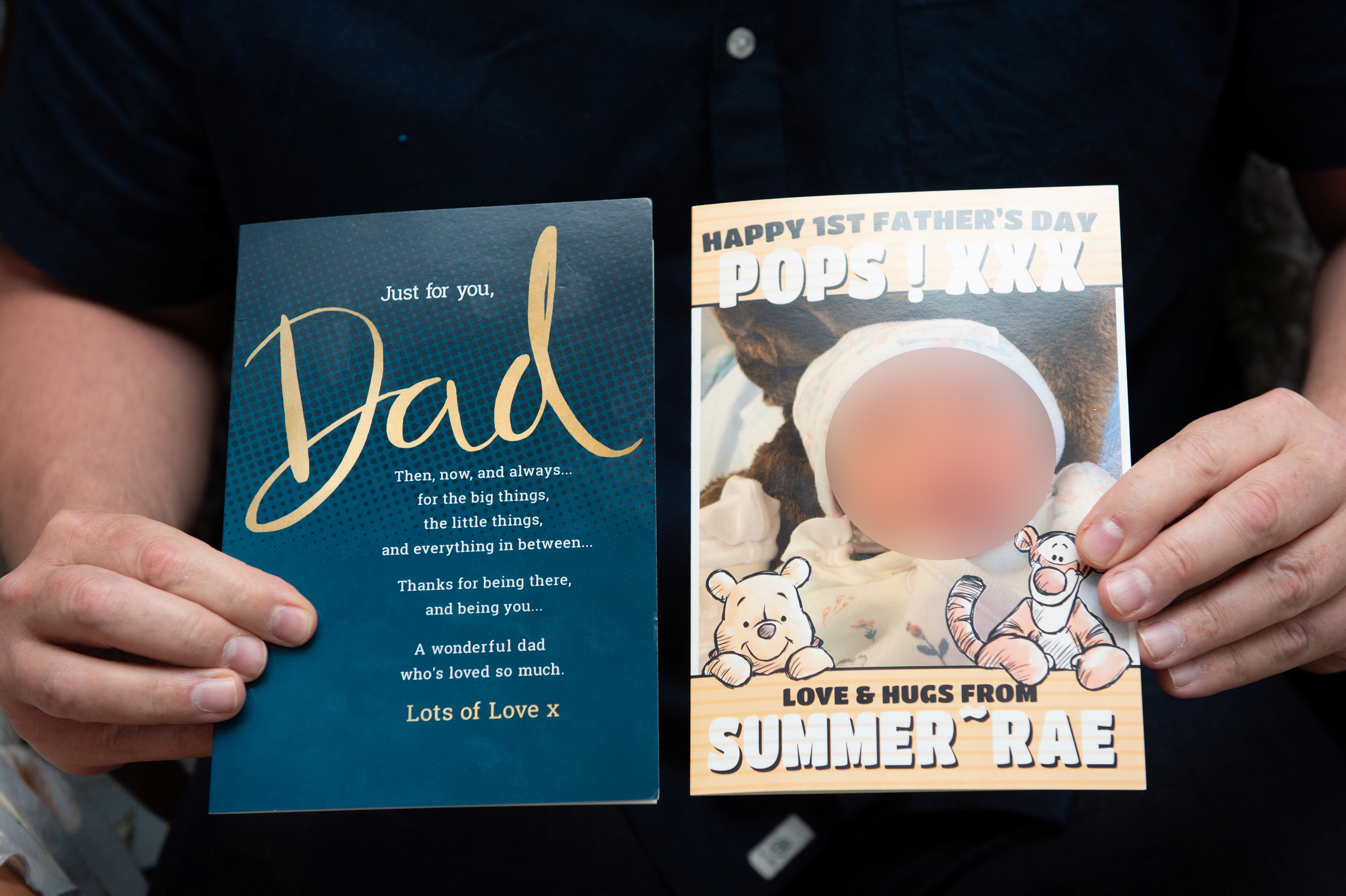 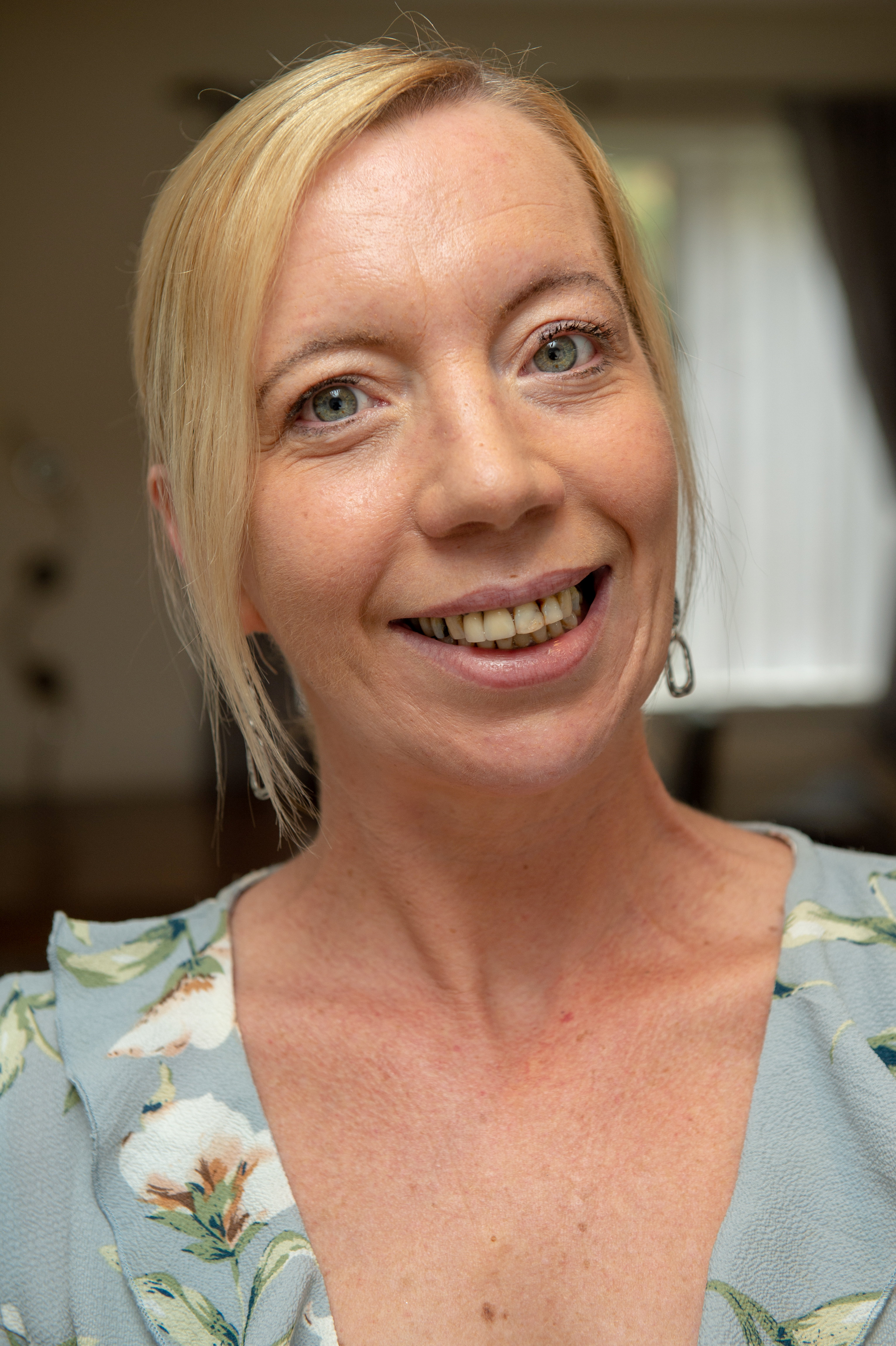 "They need to be taken to task on this.

"It's probably breaching data protection with sending out people's personal pictures to the wrong addresses."

Kerry said she now feels “embarrassed” about her reaction.

Kerry said: "As soon as I saw the word 'Pops' on it I thought it was definitely for him.

"Our kids call him that and Darren calls his dad that too.

"The way I saw it it was just too much of a coincidence for it not to be.

"I was just full of anger and tears. There was a mix of everything going on.

"I have trust issues anyway as there's been cheating on both sides.

"I just thought 'Oh God not again' and what with it being a young baby it must have happened recently.”

She said she has a naturally passionate temperament, and she was just overcome with emotion when she thought her partner had cheated.

She said: "I'm firey anyway. I was just chucking anything I could find.

"I went to get his phone to check messages but it was locked with a password so I ended up smashing it. 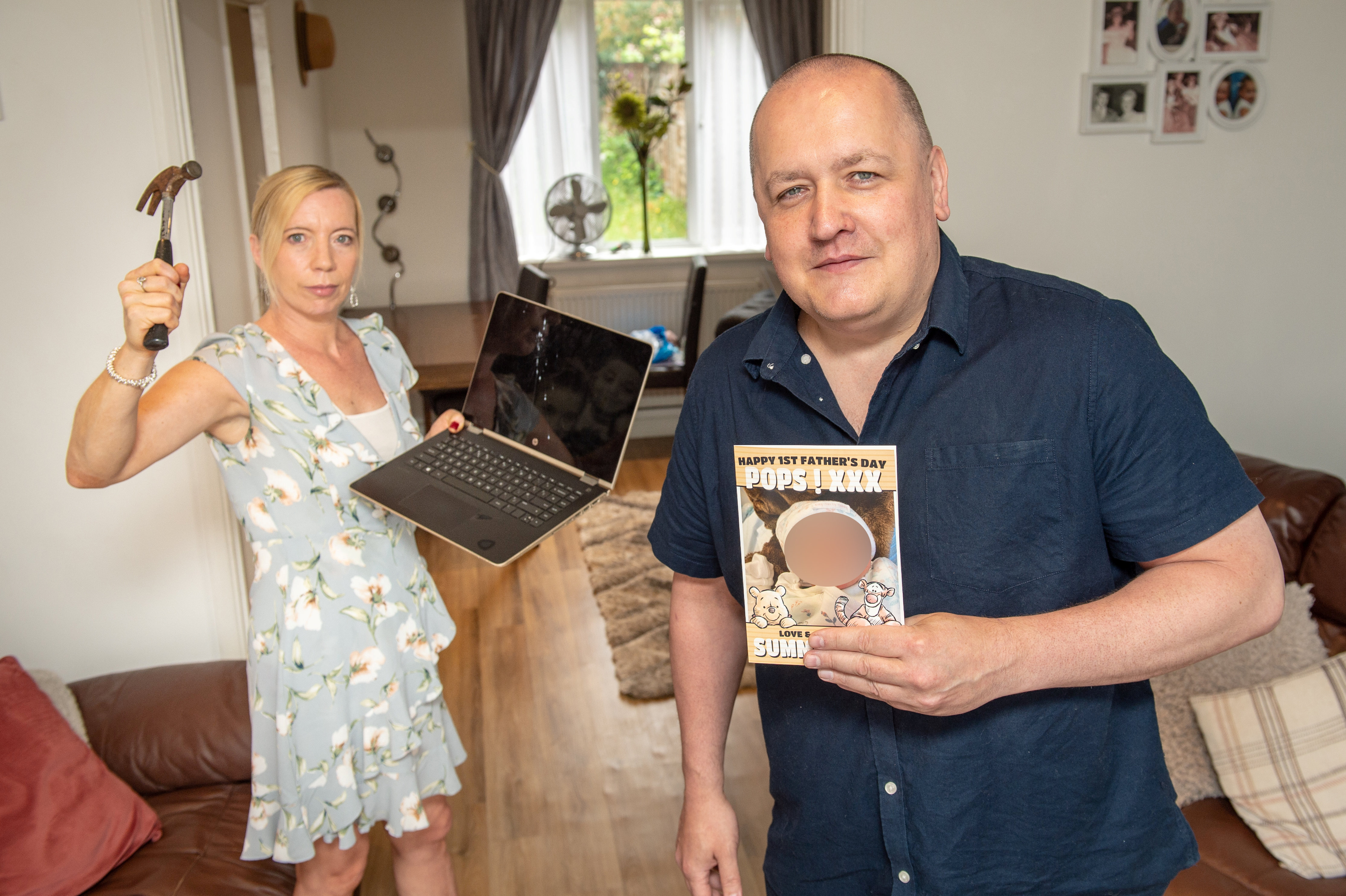 "I was calling his work phone but couldn't get through. I was even tempted to go down to the office to confront him but my friend talked me out of it.

"None of this is an excuse anyway.

"It wasn't until I saw the email from Funky Pigeon that I realised it was a genuine mistake.”

Luckily, the pair have now made up.

Kerry summarised: "It was a massive misunderstanding and I'm embarrassed about how I acted.

"We would like to sincerely apologise for this error; it resulted from a human mistake which was immediately rectified.

"We have contacted our customer to apologise for the inconvenience this has caused and have reissued the card correctly along with a full refund and will also offer a gift from our popular gift selection range."

In other parenting news, Stacey Solomon and Lauren Goodger lead the pregnant stars showing off their blossoming baby bumps.

And first-time mum gives birth to 13lbs baby girl after her bump was SO big doctors thought she was having twins.

Plus, meet the mums who’ve spent DECADES pregnant – with Sue Radford in the lead at 16 years.