IF you had fewer distractions, such as no TV, would you have more children?

This busy mum joked that her three babies were the result of boredomas she had them all by 19 and jokingly blames not having the distraction of TV.

Jaydene Moseley, 26, who works as a beautician in Norwich, has three sons who she showers with love and shares glimpses of online.

Over the video of her dancing Jaydene has written: "When they ask how you had a 22 month old, a 10 month old and a newborn at 19."

The video has 208.8k views and she has just under 1000 followers on the platform.

In the Tiktok video, Jaydene is dancing to the song 'Too Much' by Marzville and Klassic Frescobar with lyrics which help reiterate her joke.

Her caption says: "Isaaaaaaaa jokeeee, just didn’t have a tv"

Commenters on her Tiktok said: "You can do it safely too", to which she replied "too late now love" with a cry laughing emoji.

Laughing emojis flooded the comments as viewers praised her hilarious caption and one even admitted: "I love the caption."

"Didn't have a TV, old ones are the best" one fan giggled along.

Another updated the joke for the internet age with: "The internet cut off"

Jaydene's sons; Brooklyn, Ashton and Oakley are her pride and joy as she shares snaps of them and talks about being pregnant at 17 and caring for three at 19.

She wrote: "At 17 I was told I was expecting my first son and here I am almost 6 years down the line with another added two, my god they're hard work but I honestly wouldn't have my life any other way, so many people said I wouldn't "cope" or handle being a mum of three, but I think I'm not doing a bad job.

"They challenge me daily and pushed buttons I never knew I even had, but seeing them like this together makes it all worthwhile & I'm so PROUD of every single one of these boys."

Jaydene's sister Hannah, 20,announced she was expecting her second child, a baby girl on Monday.

She already has baby Hugo with her partner.

Now 26, Jaydene works as a nail technician and shares her work on Instagram.

Her TikTok videos have racked up over 24k likes total so far, as she shares her life with her sister, her kids, her partner and her nail designs. 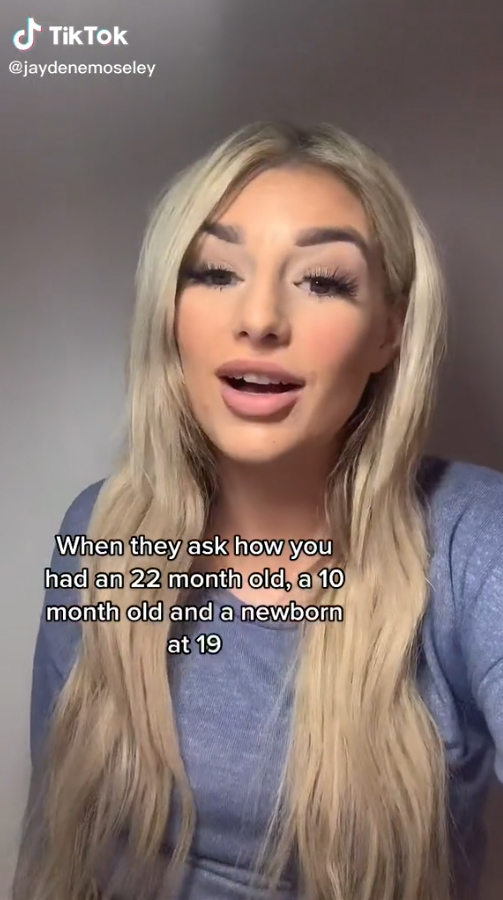 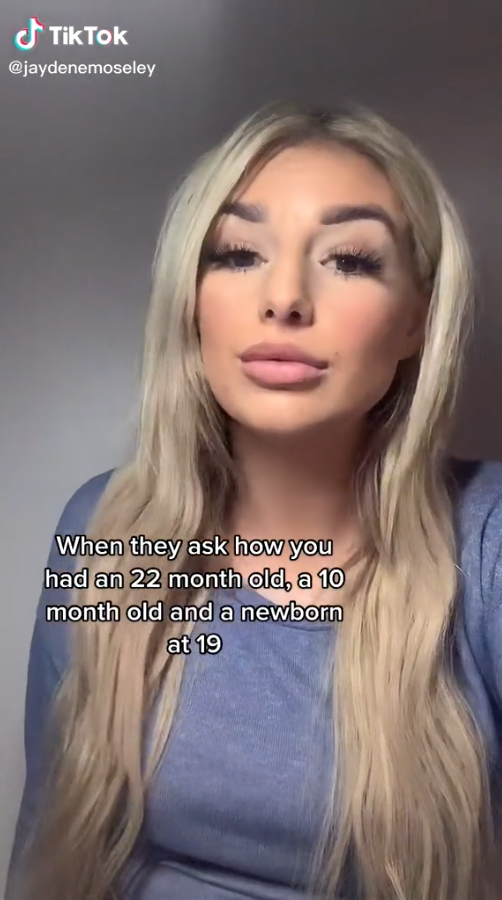 For more parenting stories, this mum-of-10 stunned with whopping weekly food shop so huge it takes up her whole kitchen…but actually only lasts FOUR days.

And this 18-year-old is over-the-moon she's finally pregnant with kid number 2 – trolls say she shouldn’t try & have babies when she is one.

Plus this 21-year-old is a mum of FOUR under 2 but still owns a house – they saved as soon as she knew she was pregnant to get the cash.