KATE Middleton beamed as she met up with a 98-year-old Second World War veteran in a touching tribute ahead of Remembrance Sunday.

The Duchess of Cambridge spoke with Colonel David Blum OBE, 98, at the Royal Hospital Chelsea earlier this month in a moving video remembering Britain's fallen soldiers. 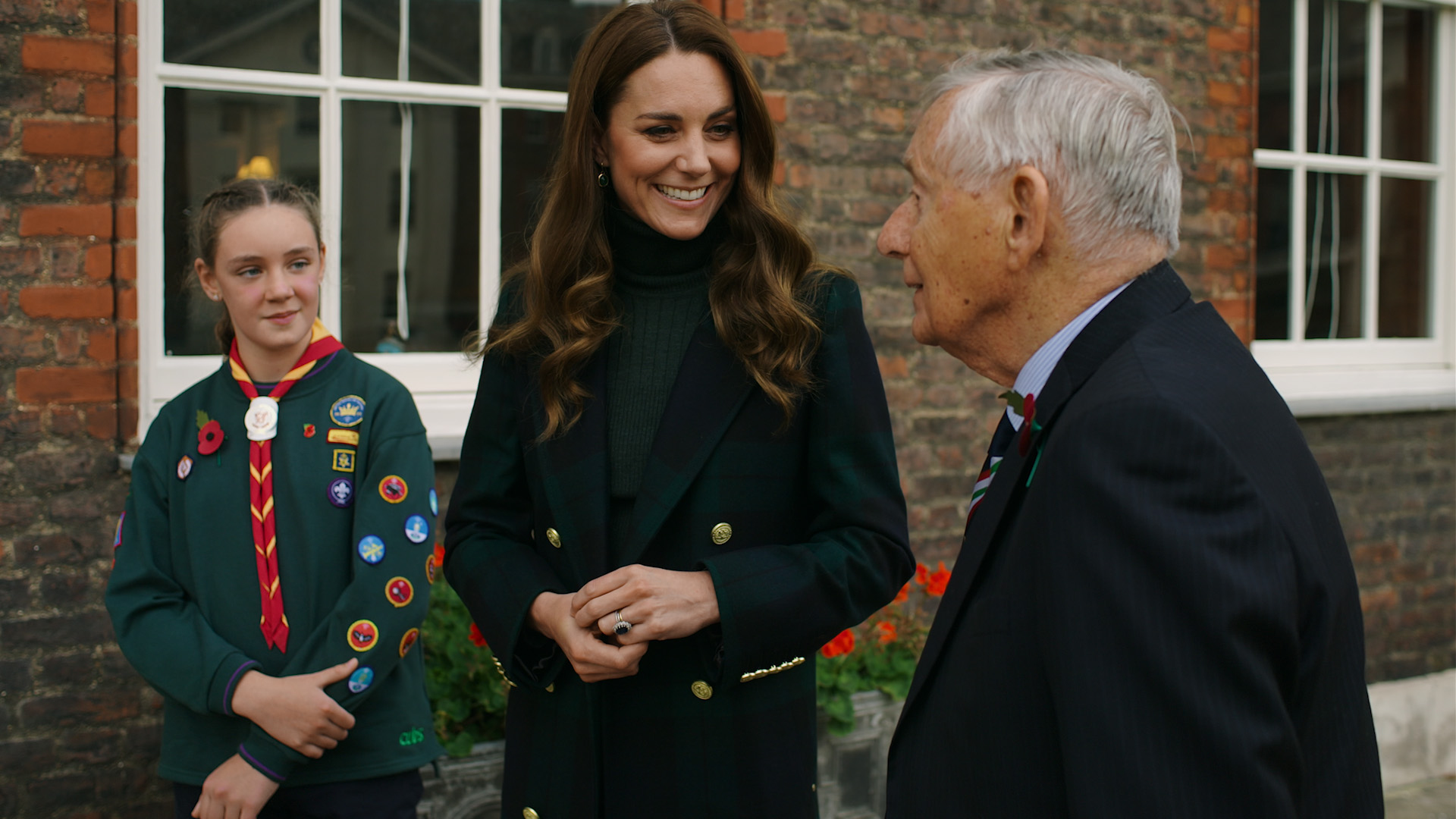 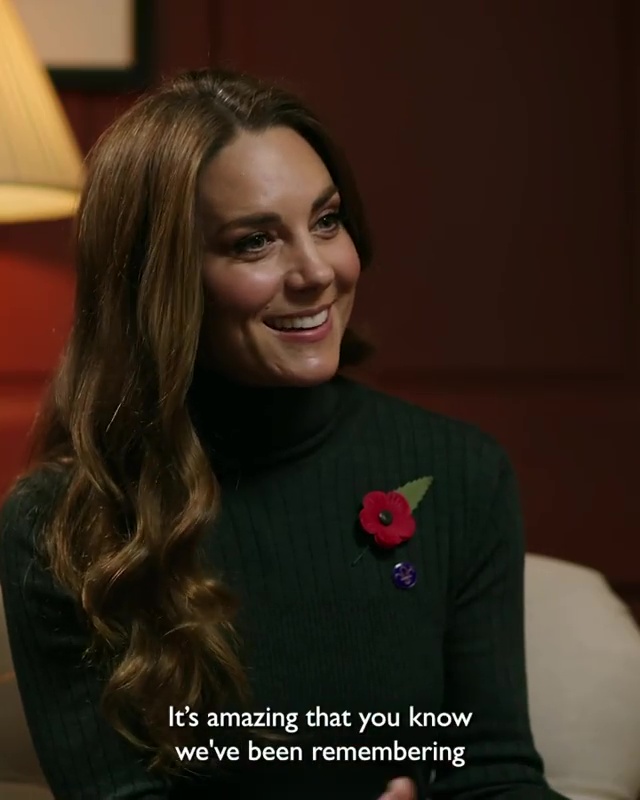 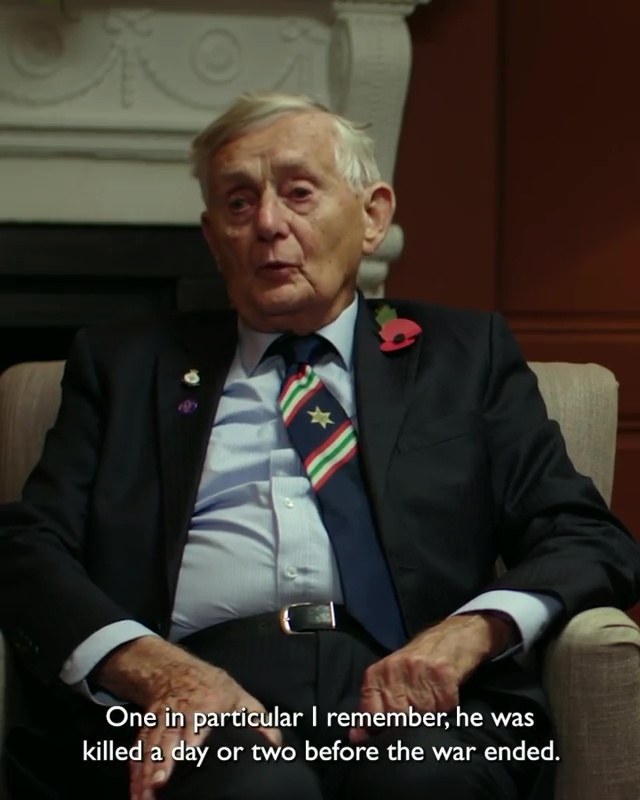 The interview – titled a Conversation Between Generations – saw Colonel Blum talk about the friends he lost while serving in Italy during the Second World War.

The Queen is set to lead the Royal Family's Remembrance Sunday commemorations this weekend at the Cenotaph in London.

Whether Kate and William will join her for the traditional family event this year has not yet been confirmed.

Ahead of this weekend's country-wide celebrations, the duchess was joined by ten-year old Cub Scout Emily Edge for the conversation to mark Remembrance and commemorate 100 years of the Royal British Legion.

Interviewer Kate – who donned a £749 Holland Cooper coat for the meeting – said: "It's lovely to meet both of you.

"And it's wonderful to be here at the Royal Hospital Chelsea, to talk about Remembrance, especially during the centenary of the Royal British Legion.

Colonel Blum – who holds the Italy Star medal – replied: "I was a Pimlico boy and I got called up for the Army.

"I was actually called up to Aberdeen. Then I was selected for commissioning and I went to Sandhurst."

Kate added: "It was probably tougher then than it was when my husband did it, I've heard a lot about Sandhurst."

Colonel Blum agreed, adding: "It had its moments."

Later on in the chat, Kate asked: "I'd love to hear what Remembrance means for you and why this time of year is so important."

The war veteran answered: "I have to say I lost a few friends. One in particular I remember, he was killed a day or two before the war ended.

"That, I must say, affected me quite a bit. You wrote to their families, to say how sorry you were to have to tell them about this."

Emily said: "I think it's important to remember all of the servicemen and women who risked or sacrificed their life so that we can live freely and happily today."

The trio made their own remembrance poppies together.

This year, Scouts across the country have been taking part in activities to commemorate the centenary of the Royal British Legion, which was created by Earl Haig in 1921.

The occasion has also been marked by the creation of a new Scouts’ Centenary Remembrance Badge, an initiative spearheaded by The Duchess.

The badge can be awarded to all those who take a meaningful part in Remembrance – including completing activities such as poppy-making or taking part in a local service. 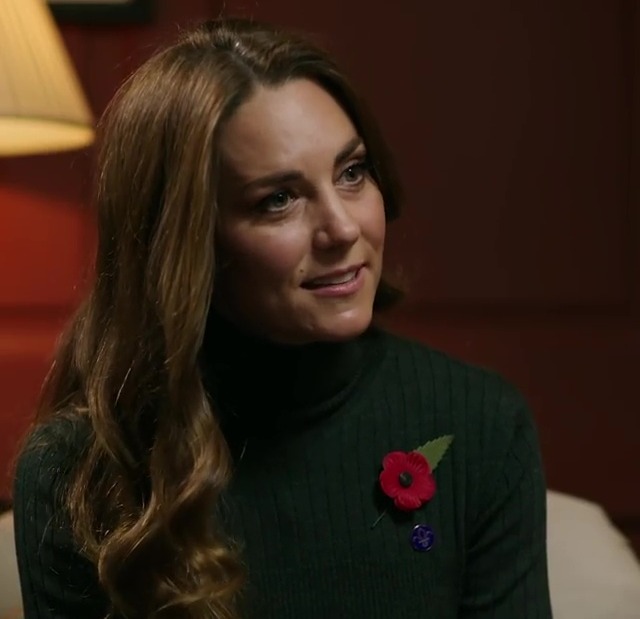 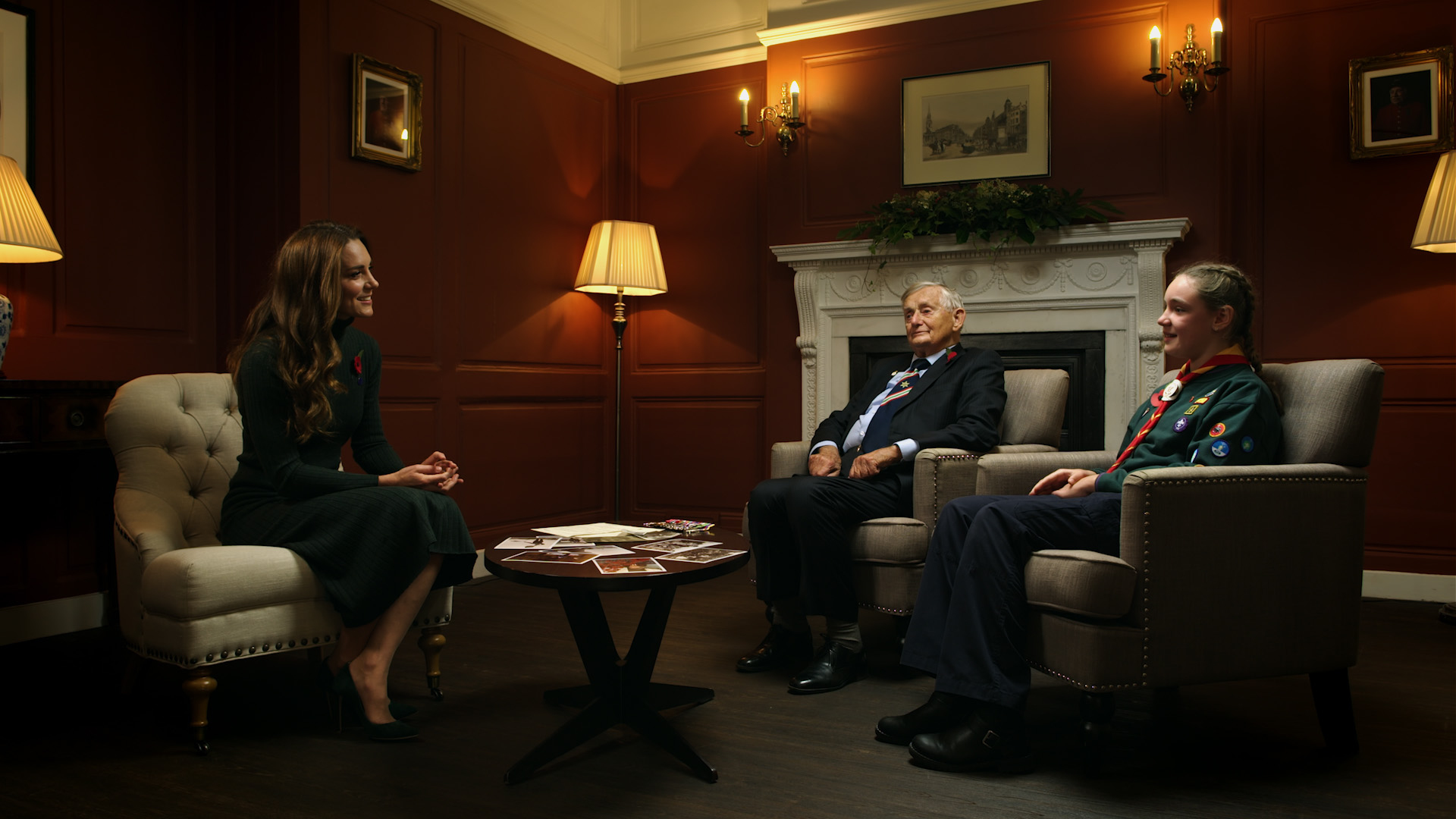