The Duchess of Cambridge‘s sister Pippa Middleton stepped out in London on Saturday looking bold and beautiful in a summery floral dress amid reports she is expecting her third child.

In photographs published by the MailOnline, the mother-of-two, 38, was seen taking a stroll in London with one of her children in a buggy. Pippa was a vision of summer as she donned a chic Kate Spade dress adorned with wild roses. The regal blue frock featured statement ruffled sleeves, an elegant wrap design and a figure-flattering midi length.

Pippa teamed her floral ensemble with trendy metallic trainers from Penelope Chilvers, adding a touch of practicality to her inky blue outfit.

The Duchess’ sister wore her brunette tresses in a sleek straightened style, opting to go makeup-free for the scorching summer’s day. Simply radiant! 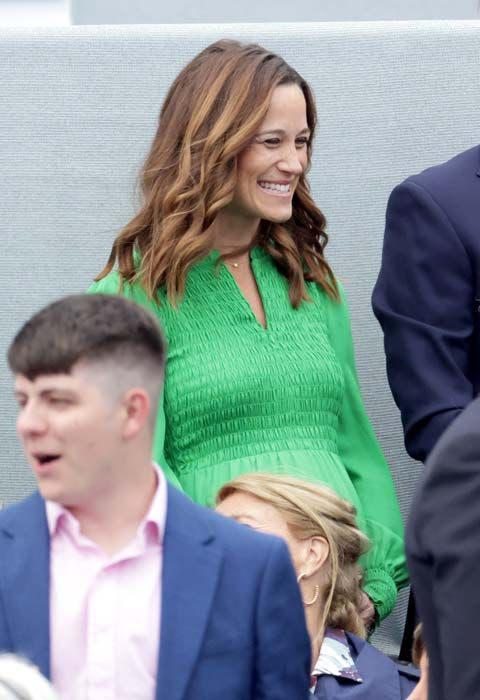 Commenting on royal fan Instagram account @royalfashionpolice, one fan wrote: “Casual comfy outfit looks good,” while another left a flurry of heart-eye emojis beneath the post.

Speculation surrounding Pippa’s third pregnancy was first sparked after she wore a beautiful ME+EM green midi dress for the Queen’s Platinum Party at the Palace, which perfectly accentuated what appeared to be a growing bump.

MORE: Pippa Middleton’s daily diet: The healthy mum’s typical day on a plate to get her glow

The Duchess of Cambridge’s sister is notoriously private when it comes to her family, and has never chosen to formally announce news about her children or pregnancies in the past. 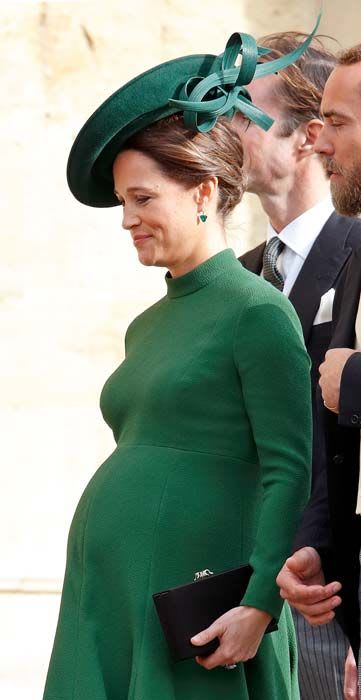 Pippa tied the knot with former professional racing driver, James Matthews, in 2017. The birth of their son Arthur and daughter Grace followed in 2018 and 2021 respectively.

While Pippa and James 46, prefer to keep their little ones’ lives out of the private eye, the Celebrate author has been vocal over the years about maintaining her healthy, active lifestyle while being a mother.

“Family life and motherhood has consumed much of my spare time and unsurprisingly the challenges I thrived on have taken a back seat,” she explained to Hoka One in a previous interview.