Alex Rodriguez was spotted riding down a slide off a yacht while vacationing in St. Tropez alongside several bikini-clad women on Friday. 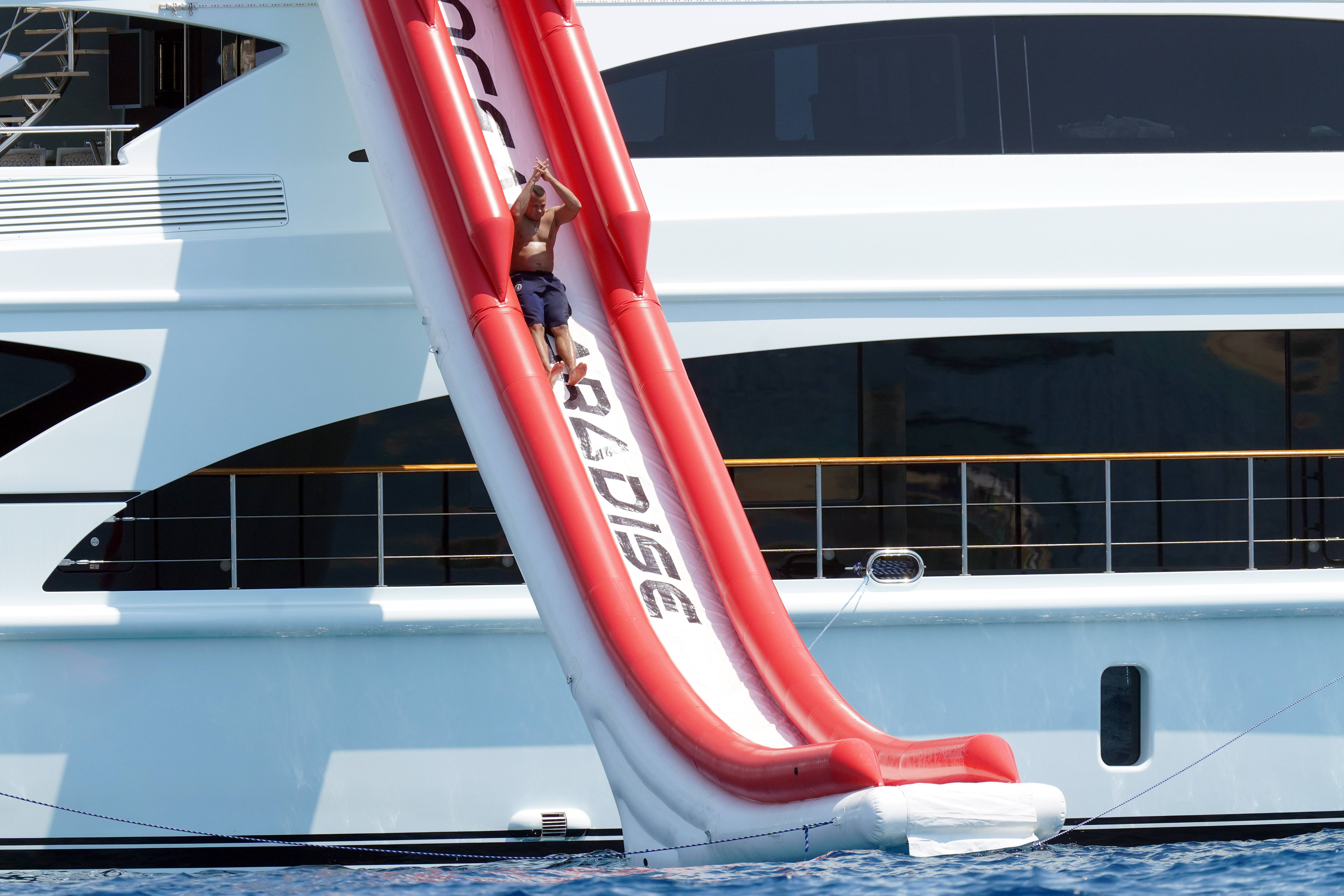 The former Yankees slugger, 45, was seen enjoying the blow-up slide throughout the day, making a big splash each time he hit the sparkling blue water. 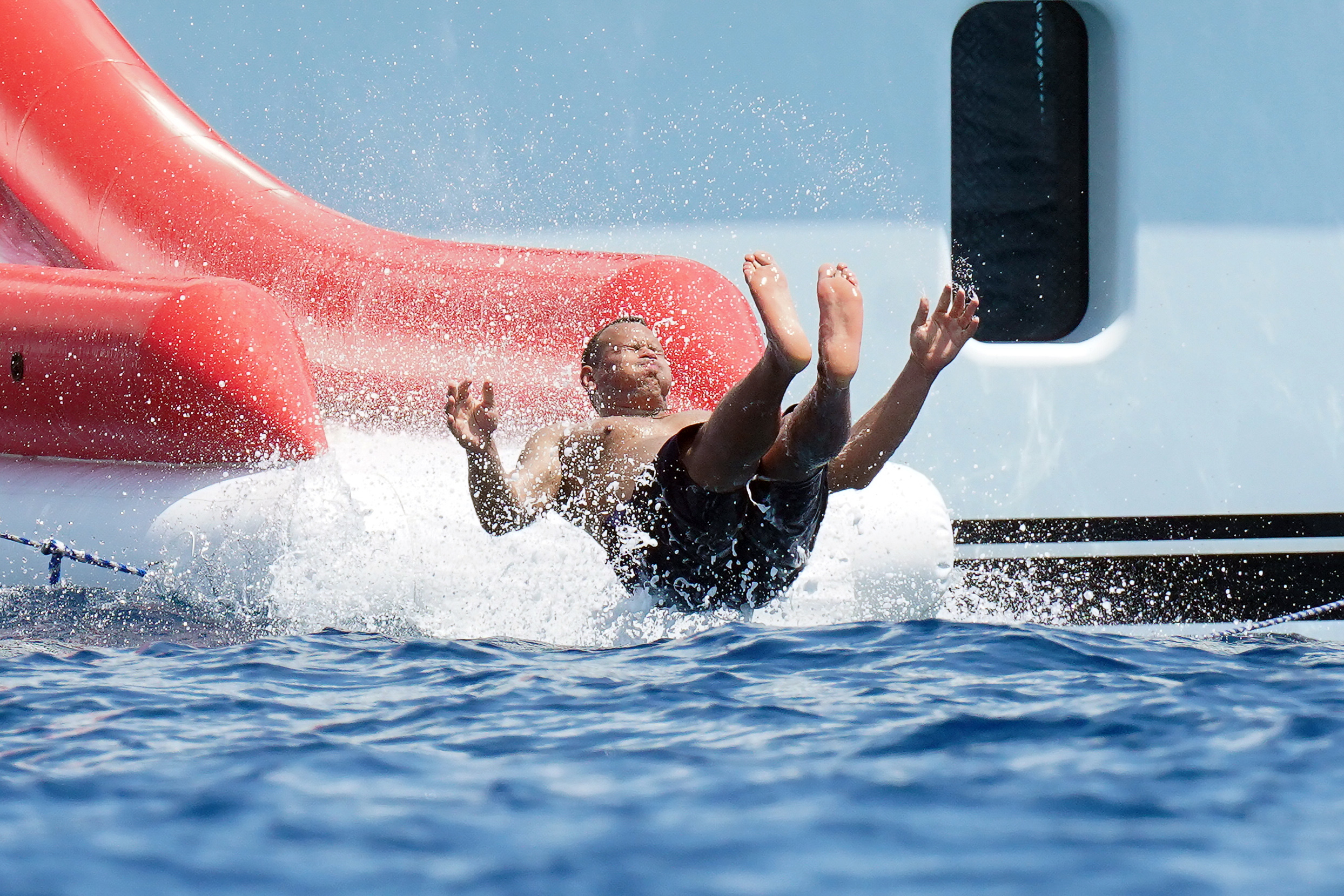 The athlete, who recently showed off his weight loss after a tumultuous breakup from ex-fiancée Jennifer Lopez, put his tanned and toned muscles on display while going shirtless as he relaxed in the blazing sun. 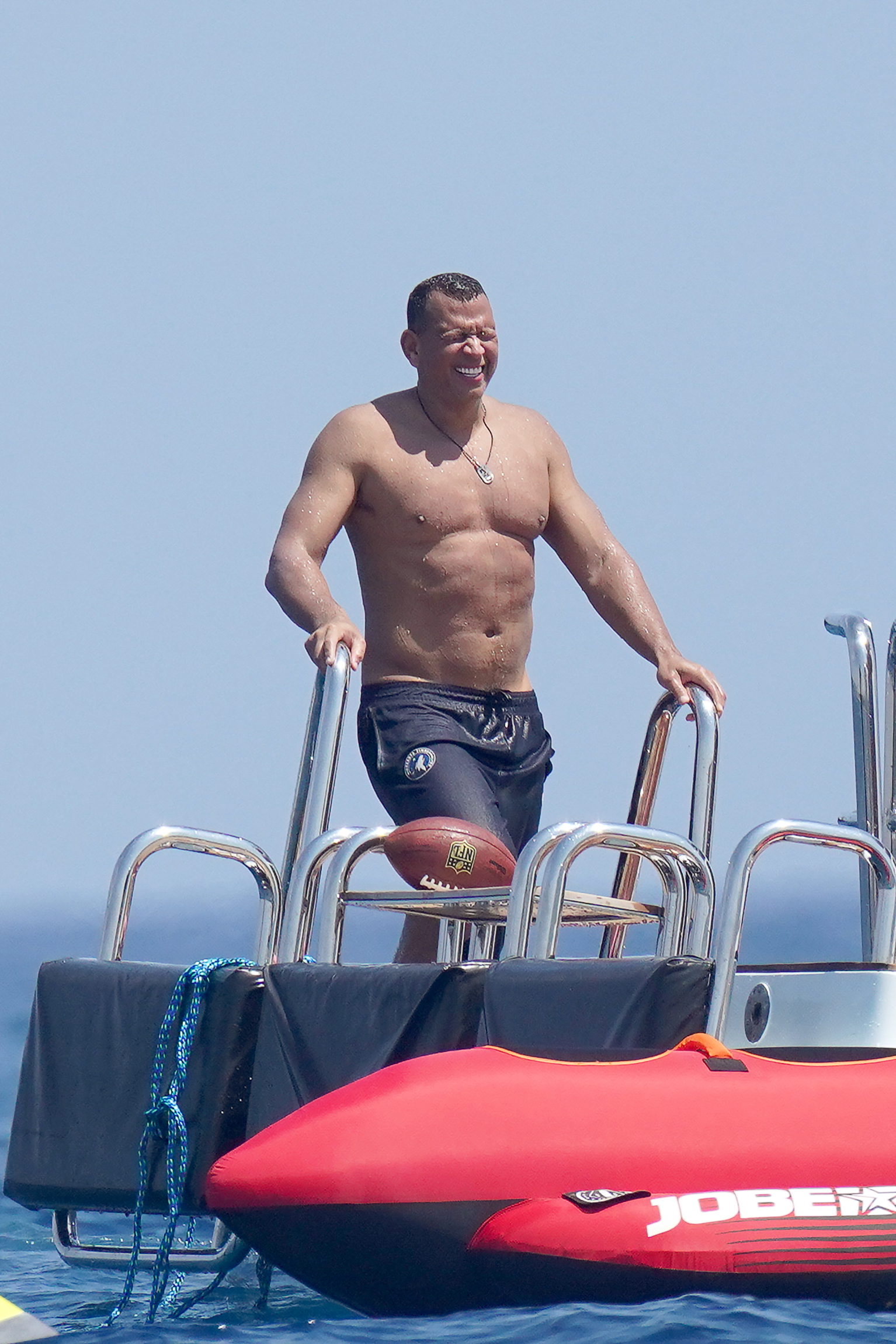 Rodriguez was accompanied by a bevy of beauties while aboard the luxury floater. He was even seen chatting with one of the ladies as she enjoyed a refreshing rinse in an outdoor shower. 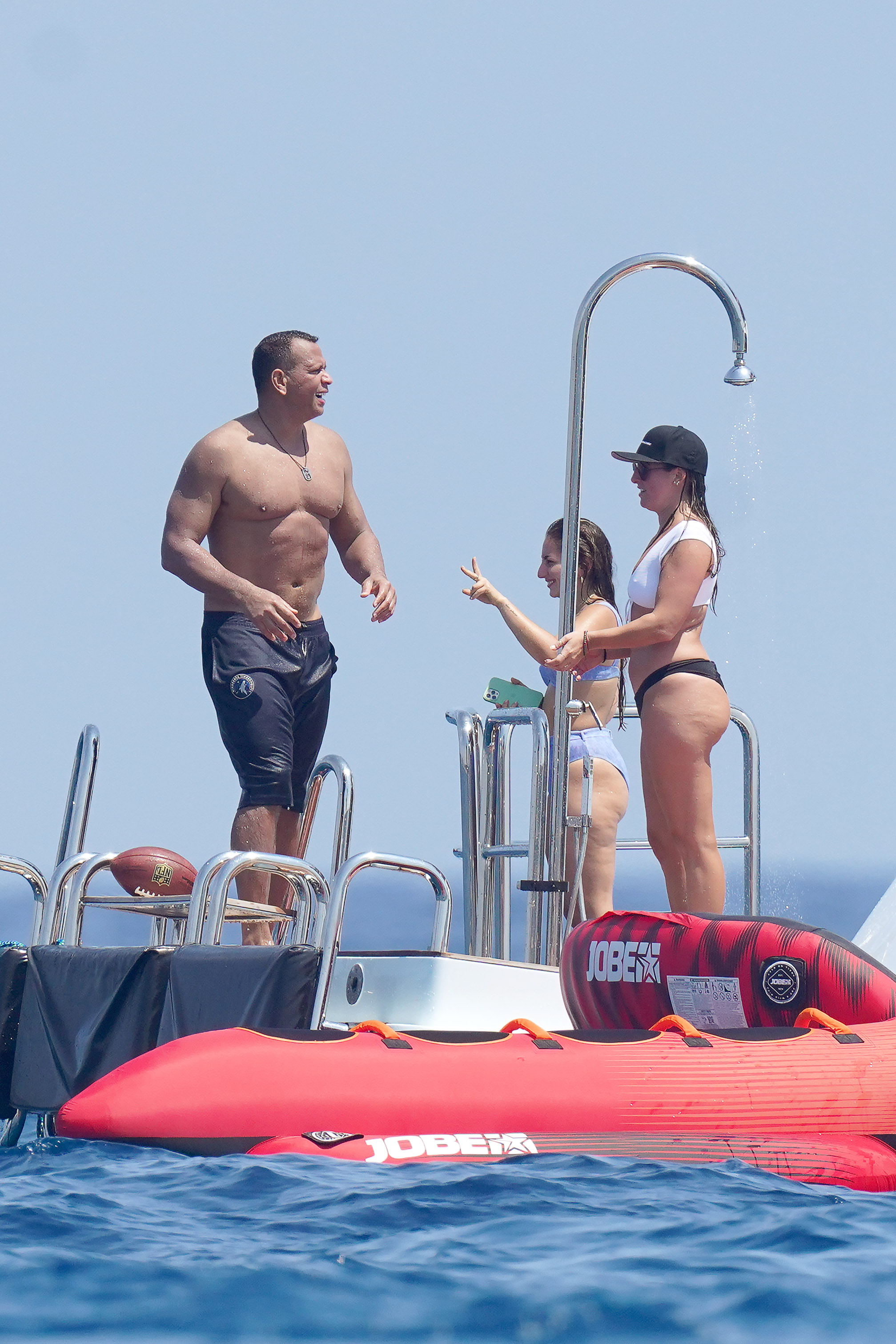 The ladies were also seen having a good time as they soaked up the sun on the yacht deck. 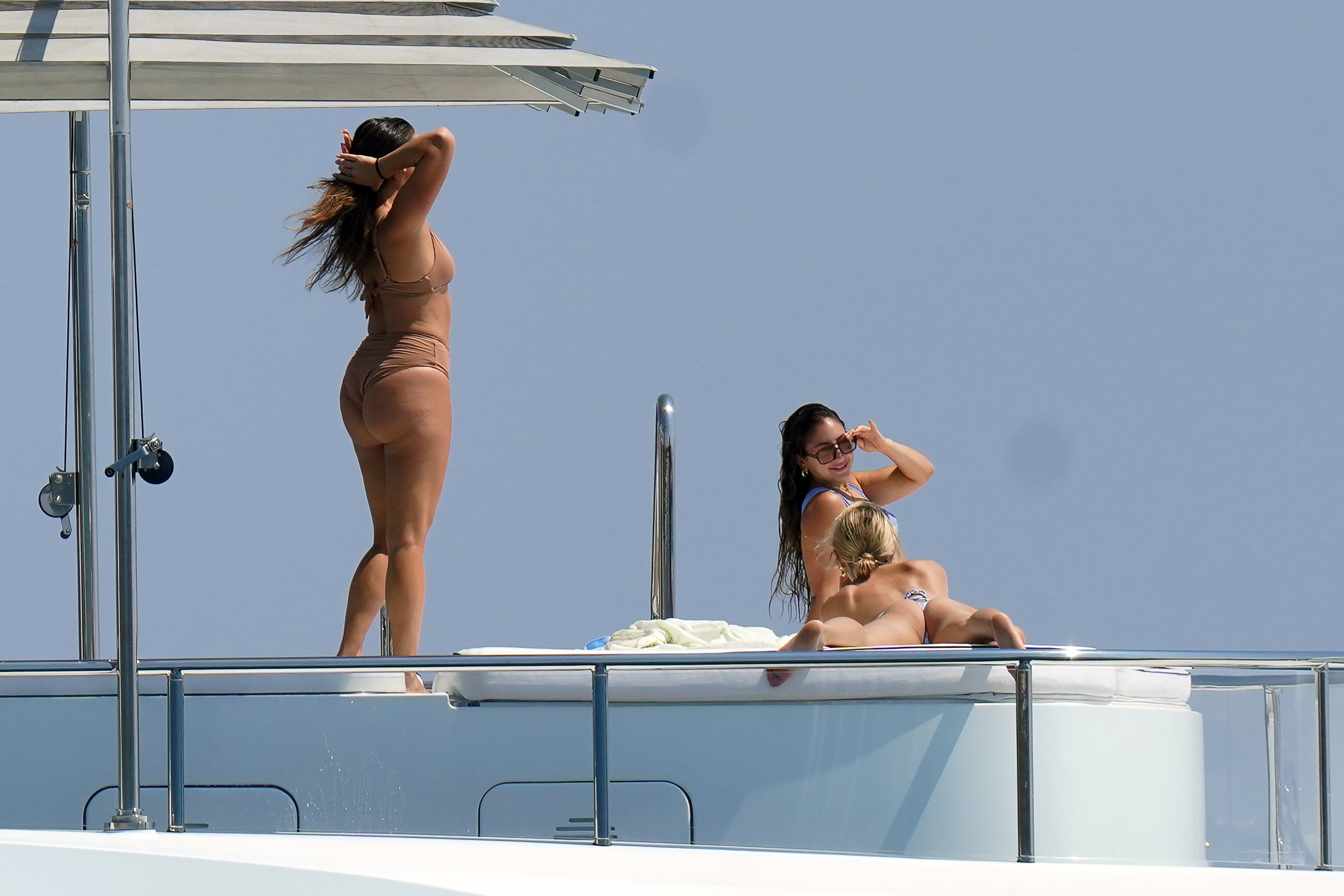 As Page Six previously reported, A-Rod sailed away on the decked-out floater in celebration of his 46th birthday.

An insider told us A-Rod and company will be hitting Monte Carlo and Ibiza over the next few weeks. They had previously been spotted yachting in Portofino, Italy. 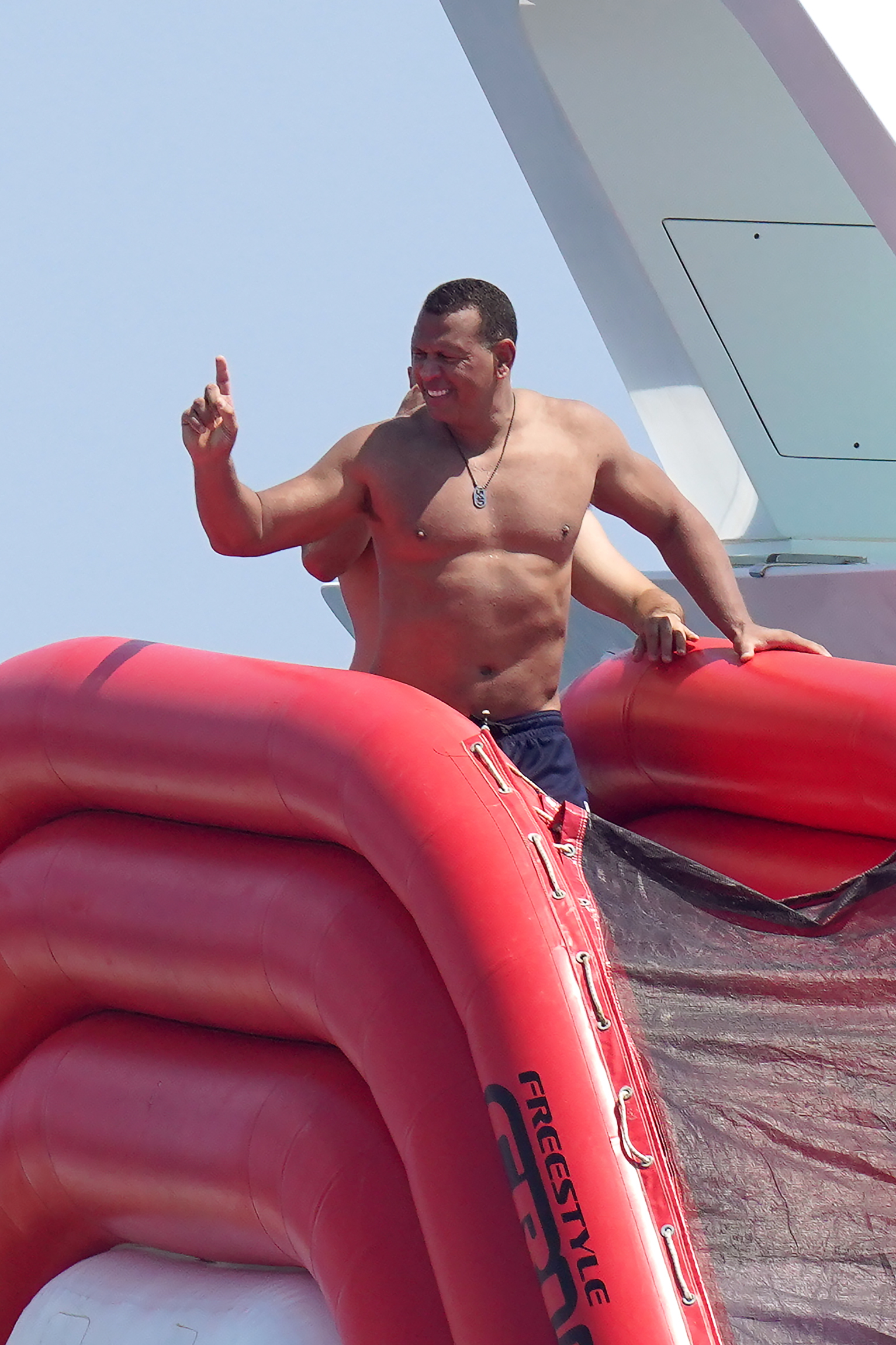 Rodriguez will celebrate his 46th birthday on July 27.

The newly single MLB star has been living it up this summer and was seen partying in the Hamptons earlier this month.

A-Rod and J.Lo called off their engagement after “Southern Charm” star Madison LeCroy claimed she had DM’d with the athlete, although she maintains he “never physically cheated on his fiancée with me.”

Lopez, meanwhile, has been coupled up with her rekindled flame, Ben Affleck, which LeCroy cheekily told fans, “You’re welcome,” when asked about the pair getting back together.