Australian Defence personnel would travel to Europe to help train Ukrainian soldiers under a plan being considered by the federal government after Russia unleashed a barrage of missiles on Kyiv and other Ukrainian cities.

The government is preparing to deliver another round of military assistance to Ukraine on top of the $388 million it has already committed to the war effort. 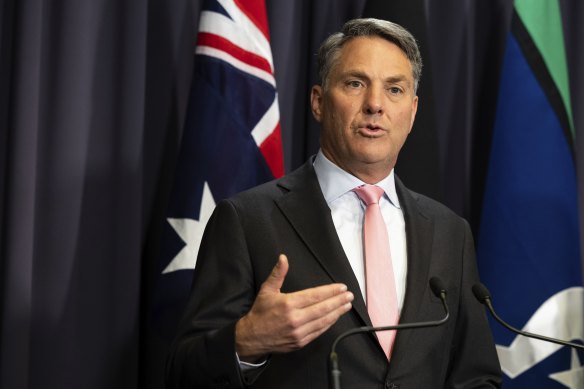 While Ukraine’s ambassador to Australia Vasyl Myroshnychenko has focused on securing extra military equipment and ammunition, he said Ukraine would welcome any training assistance from Australia.

The United Kingdom has led efforts to provide basic military training to thousands of Ukrainian civilians by hosting them for combat courses in England.

Myroshnychenko said the British training program had provided a “massive” support to the Ukrainian war effort. Countries including New Zealand, Sweden and the Netherlands have sent military instructors to the UK to help the training effort, but Australia has no far not participated in the program.

“We need to be making sure we are supporting Ukraine over the long term so that we’re putting them in a position where they can actually resolve this conflict and end it on their own terms,” Marles said.

“Training is one of the measures that is being looked at.

“We will be working up further support for Ukraine and that’s a conversation that we’re having.”

During a visit to the UK last month, Marles said he was looking at the training issue in “a very active way” and hoped to have more to say about it in the future.

Myroshnychenko said the face-to-face interaction involved in training would help create a personal bond between the Australian and Ukrainian defence forces.

Marles and Myroshnychenko were meeting in Canberra on Monday when Russia launched its missile offensive on Kyiv and other cities, the most sustained targeting of civilians since the early days of the invasion.

At least 11 people have been killed by the assault, which Russian President Vladimir Putin said was launched in retaliation to the explosion of a bridge linking Russia to the Crimean Peninsula.

Opposition Leader Peter Dutton provided in-principle support for the idea of Australian military training, saying it could help ensure Ukraine is getting maximum value from the military equipment Australia is providing.

The British government recently announced it was adding an extra two weeks to the course to include training in trench and urban warfare and vehicle-mounted operations.

Ukrainian President Volodymyr Zelensky last week said the Albanese government was preparing a “significant package” of assistance in co-ordination with other nations, which will be announced soon.

“This process is ongoing as we speak and I’m very grateful [for] that,” he said. “It’s not only small arms but heavy weapons as well.”