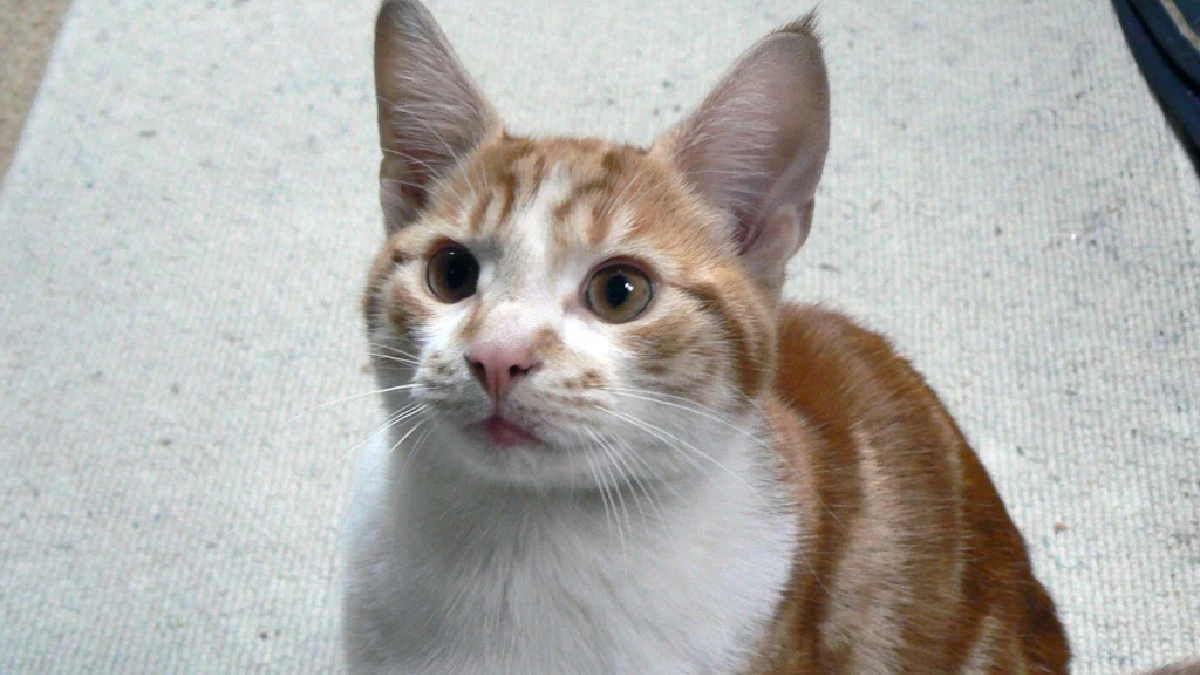 Colin Clayton and his wife, Eva Bellamy, couldn’t believe their ears when they got the call to say their missing cat had been found.

Back in 2011, shortly after they got married, the couple took their three cats (Weasel and her offspring Diesel and Big Ginge) on their staycation honeymoon with them – just 25 miles from their Birmingham home.

At the time, the kitties often hopped on and off the canal boat the couple lived on – and always came back safely. So there had never been any problems with the cats returning home.

But the couple became worried when Big Ginge disappeared from their narrowboat on holiday.

Colin, 61, said: ‘Whenever we took the cats on holiday there had never been any issue with them finding their way back, although sometimes we might have had to stay an extra night if they didn’t return in time.

‘The others came back as normal but Big Ginge didn’t, so we stayed an extra five days and walked for miles around the area calling out his name and putting up posters.

‘We registered him as missing on his microchip but unfortunately we had to leave.’

Ten years later, the couple received an unexpected call to say that their cat had been found in Staffordshire.

She said: ‘We learned about a stray in Lichfield earlier this year, who we called Marmalade.

‘I spent three weeks every evening attempting to trap him so I can could scan for a microchip but he was having none of it.’

Thankfully, a local started to feed him and gained his trust, so Sue was able to go and collect the cat from the man’s flat. However, upon inspection, the feline had a lump on his leg.

A vet appointment soon revealed the lump was nothing serious and, thanks to his microchip, Big Ginge was returned to his owners Colin and Eva – albeit a decade later.

What the cat got up to during his 10-year absence remains unknown, but his story stresses the importance of getting pets chipped.

Colin adds: ‘For now we will be keeping him indoors. He seems very content and has shown no interest in venturing out.

‘Big Ginge has had enough stress in his life and we are confident it will all work out.’