She’s not a doctor — she just plays one on planes.

Denise Richards bucked the CDC on a recent flight, opting to use her “huge winter coat” as a mask instead of, well, a mask — and for some reason, informing her fans of the situation.

“Anyone that is upset that I [am] not wearing a mask I’m hiding under a hoody amd [sic] a huge winter coat,” the 50-year-old wrote over a since-expired selfie on her Instagram story Sunday.

Even though Richards has had no problem wearing a mask on a plane in the past, the selfie in question displayed her full, uncovered face.

The “Real Housewives of Beverly Hills” alum has posted several snaps of herself sporting proper face masks in various settings over the course of the pandemic, so it’s unclear what prompted her to make such a bold (and scientifically incorrect) statement.

Current CDC guidelines — for Richards, or anyone else — state:

All passengers on public conveyances (e.g., airplanes, ships*, ferries, trains, subways, buses, taxis, ride-shares) traveling into, within, or out of the United States (including U.S. territories) as well as conveyance operators (e.g., crew, drivers, conductors, and other workers involved in the operation of conveyances), regardless of their vaccination status, are required to wear a mask over their nose and mouth. 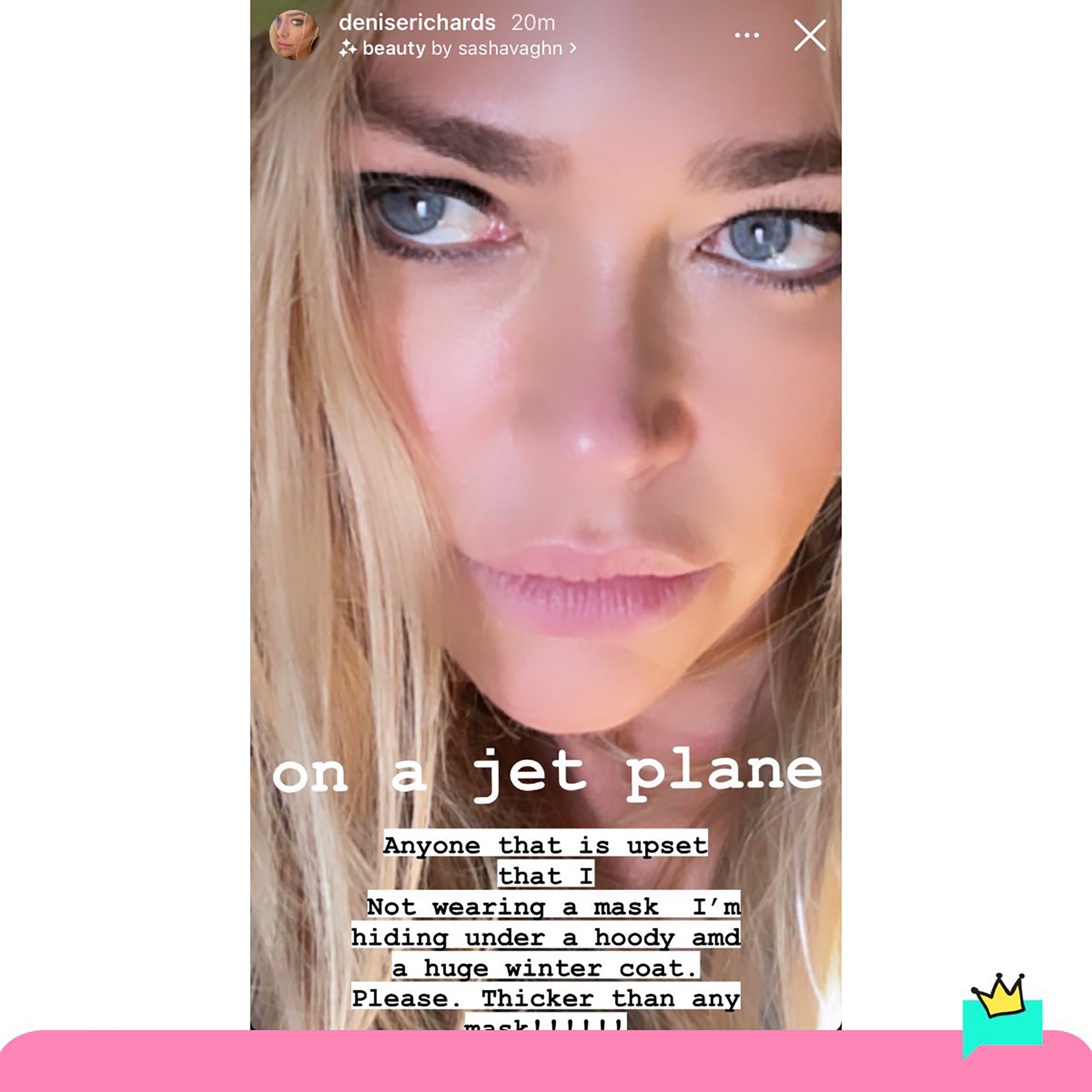 Fans did not hesitate to drag Richards through the social media mud for her post.

“There seems to be no sign of intelligent life anywhere,” one person tweeted, using a .gif of Buzz Lightyear from “Toy Story.”

“We would’ve had no idea she was flying if she hadn’t said so. Hashtag attention-seeking,” another pointed out. 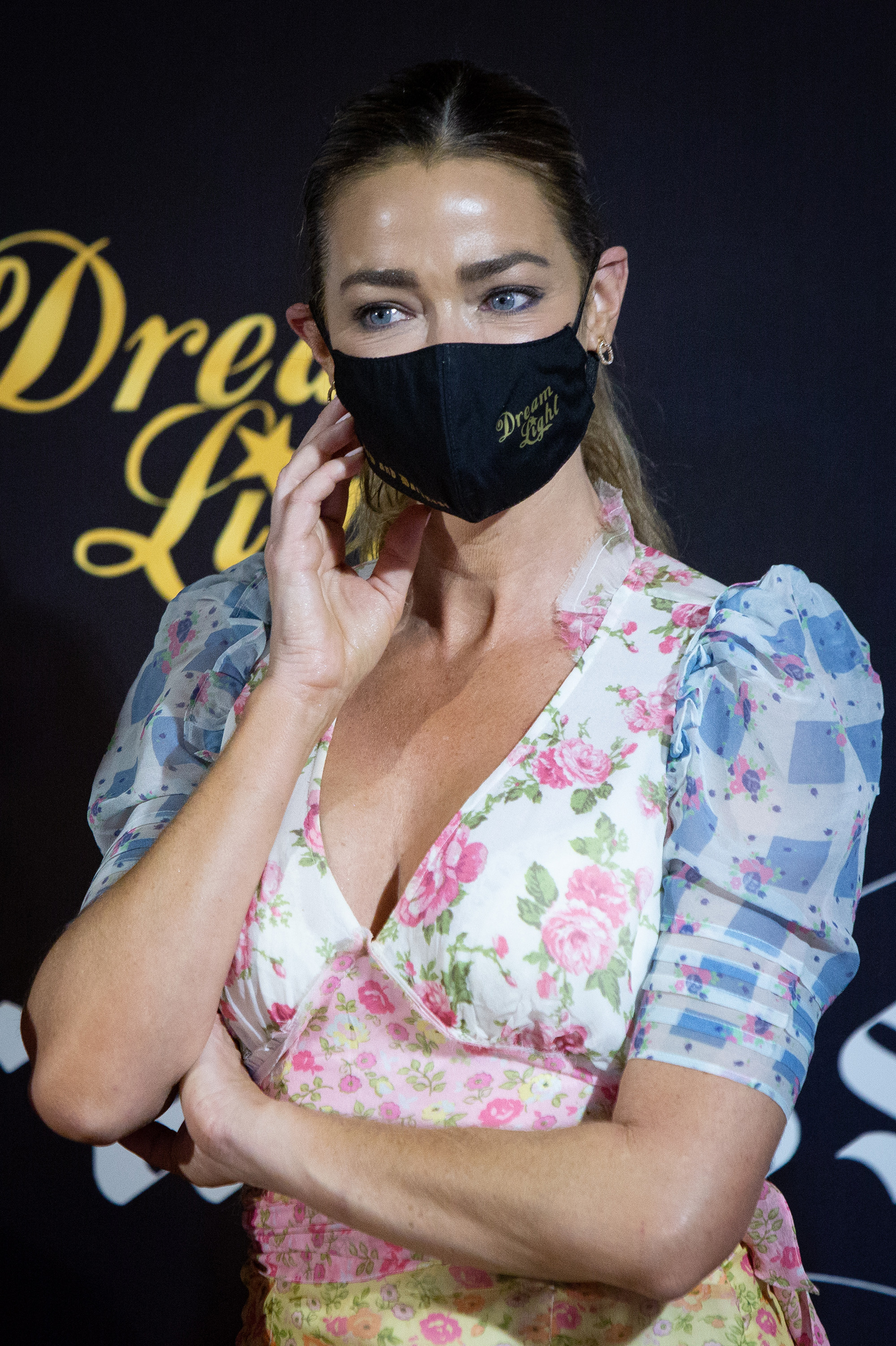 Others chose more forceful language, with one suggesting Richards was “not a thinker” and another taking things a step further and calling her “f–kin moron.”

One day before flying Richards shared on Instagram that she had wrapped her “last shoot of the year” in Oklahoma City.