Gwyneth Paltrow’s guide to vibrators: Goop reveals its top five sex toys after dubbing its own design the ‘ultimate intimate massager’ (which, of course, topped the list)

To celebrate its Double-Sided Wand coming back in stock after selling out in less than 24 hours, Goop has released a guide to the ‘five bestselling’ vibrators available on its site, ranging from a ‘classic bullet’ to a ‘tricked-out rabbit-shaped one.’

While they may vary in shape and size, the company noted the personal massagers are all water-resistant, made of ‘body-safe silicone,’ and offer various speeds and patterns.

According to the site, these vibrators are the ones its loyal readers love the most, so it should come as no surprise that its Gwyneth-approved design has taken the top spot. 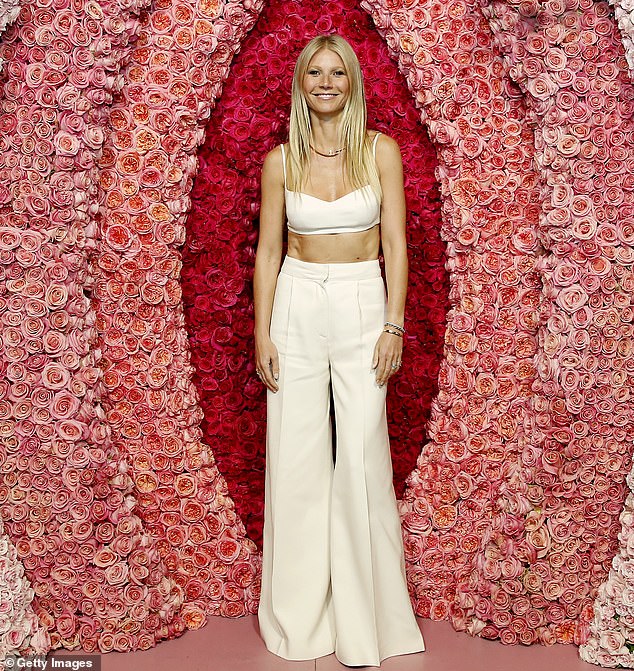 Cheeky: Gwyneth Paltrow’s lifestyle brand Goop released a guide to the ‘five bestselling’ vibrators available for purchase on its site 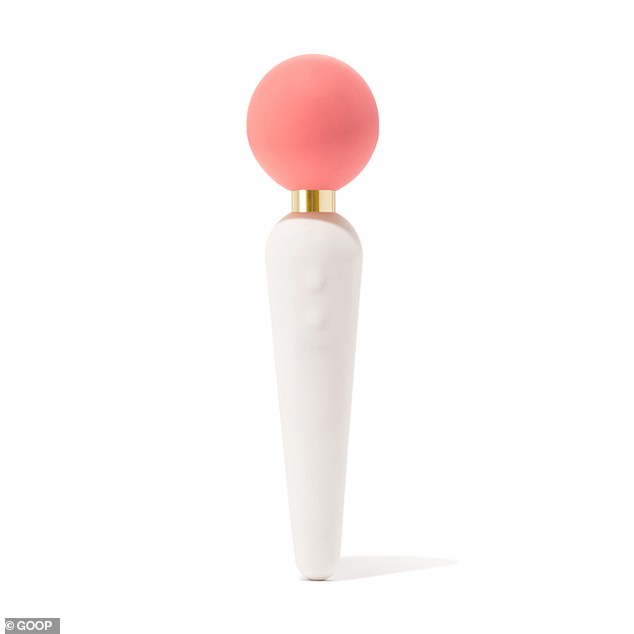 The brand noted that the slim end can also be used to ‘penetrate one to three inches.’ To top it off, the LED battery display has four lights that let users know just how much buzzing time the device has left.

‘Had to pass the time, you know?’ the Goop founder joked on her Instagram Stories in response. 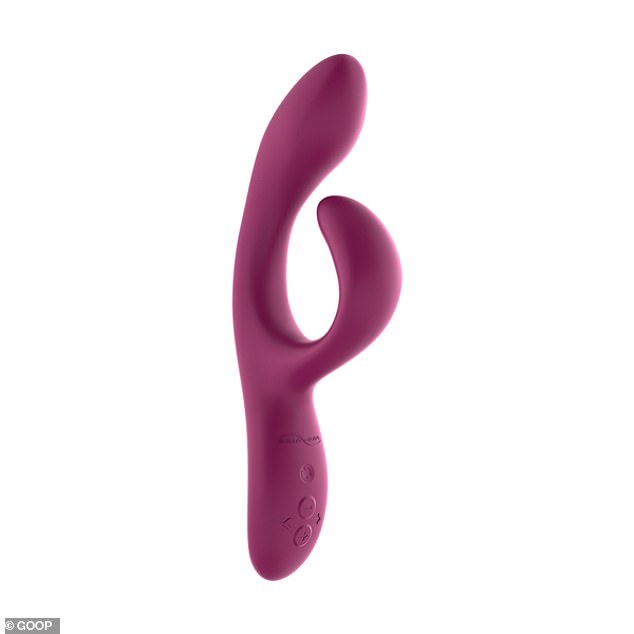 The device, now in its second generation, has a long head that is both firm and adjustable to help users find their G-spots, while the shorter head is designed to be ‘bendy’ to keep ‘continuous contact’ on the clitoris.

The motors on each head can be controlled independently, and with ten vibration patterns and thirteen intensity levels, there are plenty of options to choose from.

The Nova 2 also comes with an app that syncs to the device. Users can program custom patterns—or have a partner control the vibrations from anywhere in the world with access to the app.

One enthusiastic reviewer gave it five out of five stars on Amazon, saying it gives her the ‘most explosive’ orgasms she has ever had and is worth every penny. 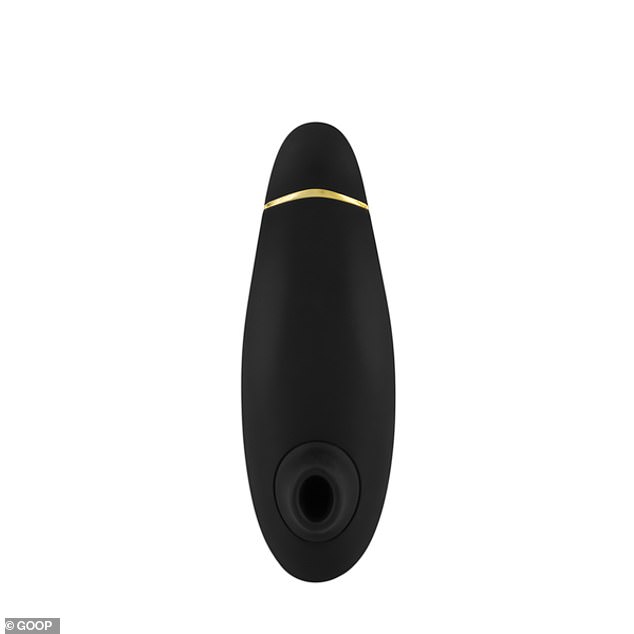 Unlike the other vibrators on the list, this device is meant to be placed over the clitoris ‘to form a seal.’ Goop recommends ‘doing so with a water- or oil-based lube, like Nécessaire’s Sex Gel or Province Apothecary’s Sex Oil—and let it do its thing.’

There is also an autopilot mode that features varied vibration patterns that mimic the feel of oral sex.

The streamlined design fits in the palm of the hand and is made with ‘smart silence’ technology that ensures it’s only on when it’s in contact with the skin. 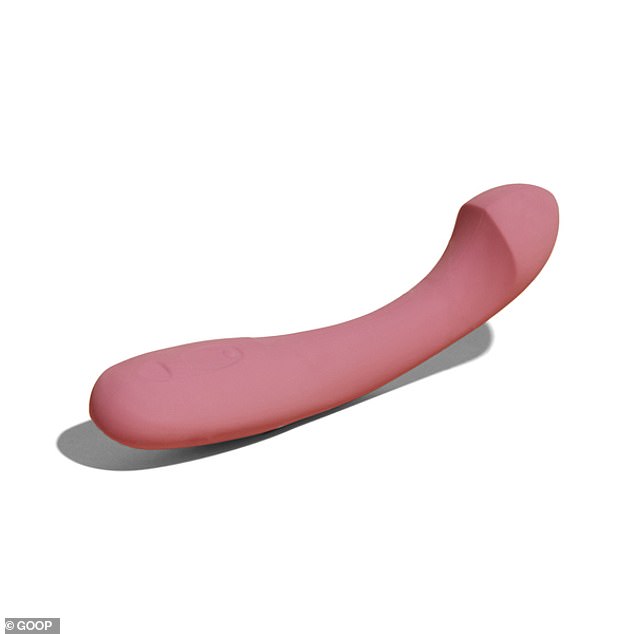 Out of all the vibrators on the list, the Arc G-Spot is the one that most resembles a penis, albeit a curved designed for exploration.

‘Its deep, rumbly vibrations are designed to be enjoyed both internally and externally: It’s curved to hit sensitive spots on the vaginal wall, and the squishy, bulb-shaped head comes to a ridge for targeted clitoral stimulation,’ Goop explained.

‘Hits the right spot!’ one fan wrote on Dame’s website, while someone else called it ‘the best experience ever!’ 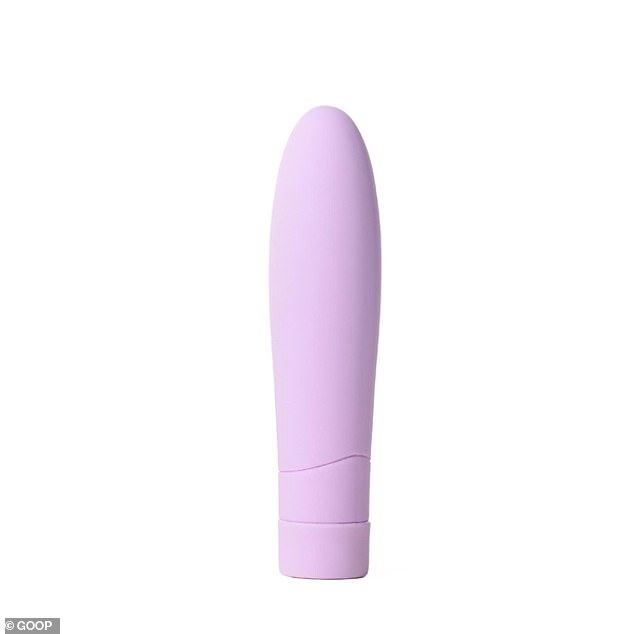 Goop described the massager as being the ‘classic bullet’ that is ‘great for first-timers’ looking to explore.

‘It feels especially good pressed against the vagina’s front wall, where it can bump up against the internal structure of the clitoris on the other side,’ Goop advised.

However, unlike the other vibrators on the list, this one requires batteries — one AA for four hours of solo time.