The hospital bomb attack is damning proof of the manifold failings of Britain’s broken asylum system… and a deadly assault on all we hold dear, writes Dr RAKIB EHSAN

The shocking terror blast in Liverpool on Remembrance Sunday has left many troubling questions in its wake.

But chief among them must be: What on earth was suicide bomber Emad Al Swealmeen doing in Britain at all, given that his bid to claim asylum here had been robustly rejected in 2014?

Why was he not deported immediately seven years ago, as he should have been?

Instead, disgracefully, Al Swealmeen remained in the UK, only to be sectioned under the Mental Health Act for waving a ‘large’ knife in public and to work as a pizza chef, while being housed in accommodation in Liverpool with other asylum seekers.

All this before he embarked on his sickening terrorist mission last weekend – which seems to have narrowly avoided a historic atrocity at a place of worship on one of the most sacred days in the British calendar. 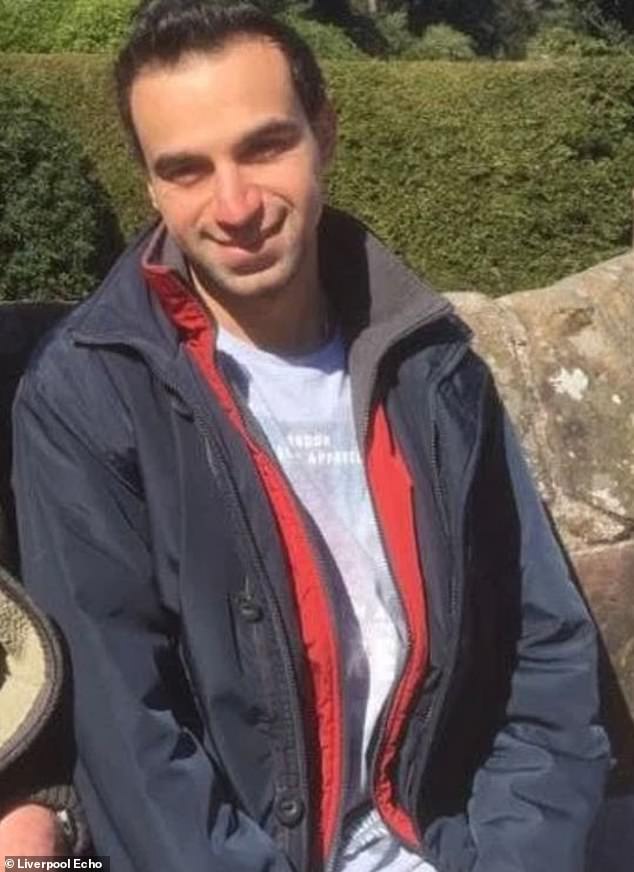 Emad Al Swealmeen is understood to have ordered a taxi from Rutland Avenue to the Crown Street hospital shortly before 11am on Remembrance Sunday, when the device then exploded 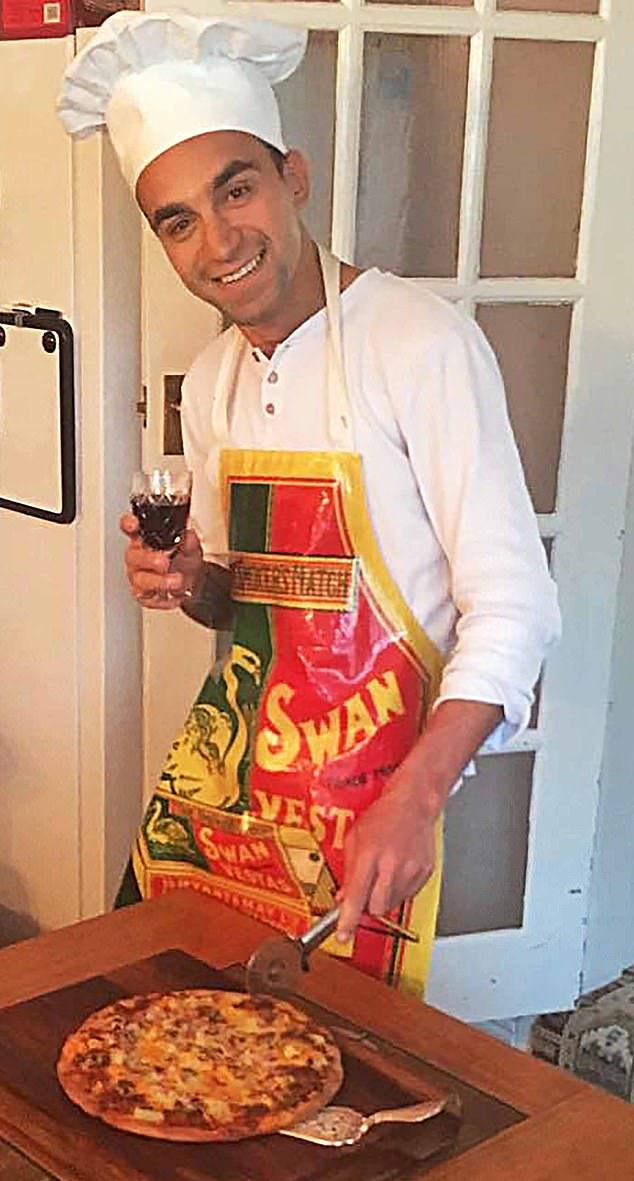 Can there be more damning proof of the manifold failings of our immigration and asylum system?

The time has now come for root-and-branch reform of this broken network – after years of open abuse, flouted rules and failed opportunities.

A recent report I wrote for the Henry Jackson Society think tank chillingly demonstrated the links between a small minority of asylum seekers and terrorist incidents.

My report found that since 1998, about a quarter of ‘foreign-national offenders (FNOs)’ convicted in Britain of Islamist terror-related offences either claimed or were granted asylum here – although it must be said we don’t yet know Al Swealmeen’s true motives.

Meanwhile, coinciding with these attacks, there has been an utter collapse in deportations.

In 2010, Britain deported 10,000 failed asylum seekers. But, last year, that number fell to a pitiful 1,500 – despite the growing clamour for Home Secretary Priti Patel to get a grip on the crisis.

Meanwhile, tens of thousands of asylum seekers are arriving on our shores every year, as pictures of dangerously overloaded inflatable boats crossing the Channel daily demonstrate.

Of course, many asylum seekers have come to Europe escaping genuine oppression. They seek nothing more than the chance to build a new life – though it must be said that Britain is rarely the first safe country they reach before they do claim asylum.

But in recent years, as the statistics show, far too many asylum seekers have repaid this country’s welcome with a deadly assault on all we hold dear.

So, despite the political will, why has the problem been getting worse – and why are so few failed asylum seekers ever removed from the country?

The causes are complex – but at the heart of it is a brigade of human-rights activists and Left-leaning lawyers acting as a roadblock against the public interest.

One case that encapsulates this is that of Khairi Saadallah, who was born to a wealthy Libyan family and successfully claimed asylum here in 2012. 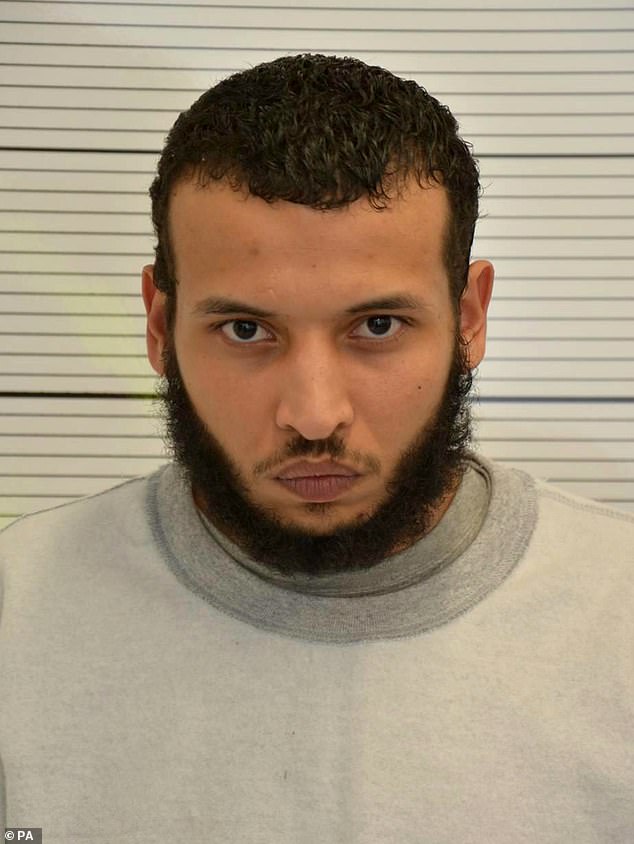 In 2018, he was given a further five years’ leave to remain despite a string of convictions (running in total between 2015 and 2019) that eventually saw the cannabis-smoking Saadallah imprisoned for 15 offences including assault, possession of a knife and racially aggravated harassment.

He was eligible for deportation thanks to the length of his sentence – but instead he remained in the UK amid concern for – you guessed it – his ‘human rights’.

And how did he reward Britain for the sanctuary it had offered him? By stabbing three innocent people – all gay men – to death in a park in Reading last June.

To his sorry case I can add that of Ahmed Hassan, a teenage Iraqi asylum seeker who detonated a homemade bomb on a London tube in 2017, injuring 51 people.

As for the Liverpool bomber Al Swealmeen, his 2014 asylum application was rejected because officials believed he had lied about his provenance.

Now it is high time that the Home Office created a new ‘taskforce’ for asylum reform: an expert committee charged with providing policy proposals to create a more security-oriented approach.

They must identify the key weaknesses in the current system, how these are exploited by the human-rights and legal industries and also introduce robust risk assessment procedures.

Crucially, they must not shy from carefully studying the links between asylum seekers and terrorist activity, as well as other criminality.

This is particularly important given the Government’s new Afghan citizens’ resettlement scheme, which will see thousands of Taliban-fleeing Afghans arrive on these shores.

Recent history makes it right that Britain offers a safe haven to many of these people. But there is no room for complacency when it comes to screening the new arrivals for their political leanings or susceptibility to extremism.

Finally, the Foreign, Commonwealth and Development Office (FCDO) must work tirelessly to persuade other governments – especially those in Africa and the Middle East – to improve their records on human rights and criminal sanctions.

This will strengthen the grounds on which the Home Office can deport foreign criminals to their countries of origin.

The British public meanwhile, are justifiably angry that this country’s laudable benevolence and altruism are being crassly exploited.

Perhaps what happened on Sunday might change that. We can and should take pride in our rich history of rehoming persecuted people, but it can never be at the expense of public safety.

Such a view is usually greeted with howls of outrage from the liberal establishment. Well, let them howl.

Emad Al Swealmeen – I refuse to call him by his adopted name – has shown our country once and for all the deadly consequences of our failed asylum system.

Let the legacy of this pathetic individual be a warning to the Government that they must act – and now.