Next week is a big one for Australian literature. The winner of the 2021 Miles Franklin Award will be announced on Thursday. The recipient will go home with $60,000 prize money and is bound to enjoy a sweet spike in book sales. There are six novelists on the shortlist. Which one of them will get the chocolates?

As a literary critic, I suppose I should be at least mildly interested in what the judges’ verdict will be. But I’ve always found it hard to get excited about such questions. To care who wins them, you have to take literary prizes seriously in the first place. And I don’t. I think they’re a terrible idea all round.

I believed this in my bones long before I understood why. And then a few years ago I had an experience that clarified my views. Somebody rang me out of the blue to ask me to serve on the judging panel of one of Australia’s most coveted literary prizes. I’d better not say which one it was but trust me, it was one of the biggies. 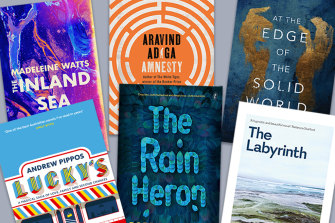 The six books on the 2021 Miles Franklin shortlist. Credit:

Intrigued, I asked what the job would entail. For starters, it would require a barely feasible amount of reading. The preliminary judges’ meeting was just a couple of months away. During that period, every book eligible for the prize would be shipped to me. I’d have to spend the next two months reading approximately four books a day.

I must have emitted an involuntary yelp or oath at that point in the conversation because the person on the phone swiftly assured me I wouldn’t have to read every book from cover to cover. Tactfully, she indicated that many of the works sent to me would be obvious non-contenders. Being an experienced critic, I would no doubt be able to spot these duds after about 20 pages. I could then toss them aside and move on, like a crack chicken-sexer making short work of an interloping turkey.

Here was my chance to give something back to the literary world, after receiving so little from it.

As for payment, a modest honorarium was mentioned. By modest, I mean minuscule, roughly equal to the fee I generally get for reviewing a single book. Also, I would be flown twice to a certain capital city, so I could liaise there with my fellow judges: first to thrash out our shortlist, and finally to pick our winner. 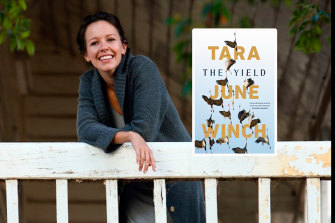 So was I interested? When I asked if I could sleep on it, I got a reluctant yes. Indeed, there was a suspicious whiff of urgency about the whole business. I got the impression I was a late call-up, a last-minute sub. One of the first-choice judges must have dropped out, or possibly dropped dead.

Anyway, I slept on it. Or rather I lay awake on it. Here, at last, was my big chance to become an insider, a player: a Yartz commissar. Here was my chance to give something back to the literary world, after receiving so little from it.

But did I really want to spend the next two months being literature’s version of Lucille Ball at the candy factory, fielding delivery after delivery of incoming prose, neck-deep in a rising tide of distinctive new voices? And if I got through that part, how much fun would it be to meet up with my fellow judges afterward and work out which book we liked the best?

That’s the bit that really would have torqued my nightmares, if I’d been able to get to sleep. My literary taste is unorthodox, by current standards. I happen to think it’s sound, and I do my darnedest to defend it in my criticism. But I’ve never been bold enough to imagine that my literary judgments amount to objective, provable truths. That said, I don’t view them as negotiable either. So the prospect of sitting down with a couple of strangers to haggle about our respective tastes in literature struck me as radically unappealing.

Did I really want to spend the next two months being literature’s version of Lucille Ball at the candy factory, fielding delivery after delivery of incoming prose, neck-deep in a rising tide of distinctive new voices?

Towards the end of that sleepless night, I had a lasting epiphany about the absurdity of all literary prizes. Even if I helped judge this one myself, would I approve of the winner? I seriously doubted it. With me on it, the panel would probably end up picking a book that was nobody’s favourite – a winner that thrilled none of us, but that we could all at least live with.

So that’s why I chickened out when given my chance to serve behind the OzLit green curtain. And it’s why I’m against literary prizes in general. As Julian Barnes once said, they’re a form of posh bingo. They pose as trusty gauges of literary merit, but they’re thoroughly random and subjective. You get a sudden appreciation of that when a stranger rings you up one day and asks you to judge one yourself.

Not that I advocate the abolition of all literary awards. But if I had the funds to establish my own prize, I’d introduce some major tweaks. For instance, I’d lose the judging panel. I’d have one judge only – a different person each year, chosen strictly on the strength of his or her literary expertise.

I know that idea sounds farcical. People would denounce such an award as arbitrary, a mere expression of some random’s personal taste. But what makes us think our current prizes aren’t also like that? Granted, they’re judged by panels, rather than lone individuals. But the idea that panels make better decisions than individuals is a furphy. Somewhere in one of his books, Richard Dawkins illustrates this point by asking himself a hypothetical question. If charged with a serious crime, would he rather be tried by a judge or a jury? The answer, says Dawkins, would depend on whether he was innocent or guilty. If innocent, he’d want a judge. If guilty, he’d go for a jury. 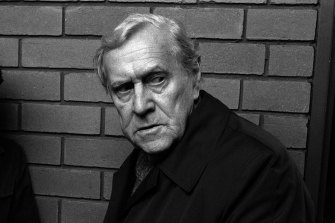 The same principle applies in the literary arena. Talented writers will always dread the idea of being judged by a committee. It doesn’t matter how discerning each individual judge is. When human beings get together in groups, weird things happen. We feel pressured to conform – to say what we think we’re expected to say rather than what we believe. That’s why the verdicts of literary juries tend to be predictable, wholesome, obedient to the winds of trend.

Admittedly this wouldn’t turbo-charge book sales the way our existing awards do, but in the long run it might promote a healthier relationship between fiction and the reading public. If diversity and inclusion are what we want, why not showcase these qualities on a longlist, instead of pretending they can somehow be embodied by a single writer? On longlists there’s room for different writers with different talents, doing all sorts of different things. There’s room for the quirky, the experimental – maybe even the humorous, once a decade or so. Sniff around a longlist for a while and you’re likely to find at least one book that floats your boat. 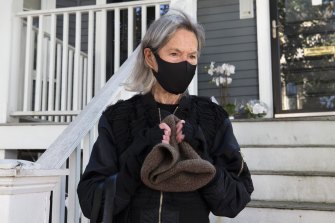 American poet Louise Gluck speaks to reporters outside her home in Cambridge, Massachusetts, after winning the Nobel Prize in literature.Credit:AP

Long live longlists, I say. The moment you start whittling them down, the bad vibes begin. Suddenly the judging process becomes a matter of culling and exclusion. And suddenly you start hearing from pundits who haven’t read any of the books in contention but feel that literary prizes should be dished out according to non-literary criteria. Whose “turn” should it be this time? Hasn’t this particular writer – or this particular identity group – had a fair shake already?

So is this the part of the article where I clear my throat and mention some of the over-praised featherweights who’ve won literary prizes in this country? Hell no. I’m not about to name names. I’m a bit young to spend the rest of my days living in the literary world’s equivalent of the witness protection program.

Instead let’s broaden the argument, and talk about the Nobel Prize. It’s well known that the Nobel Committee has honoured many an undeserving plodder while snubbing some of the greatest writers. In 1901, the prize’s inaugural year, Leo Tolstoy was overlooked in favour of the French poet Sully Prudhomme. Even at the time, that decision was viewed as a head-scratcher.

Proust missed out on the Nobel too. So did Auden, Woolf, Nabokov, Primo Levi and Gertrude Stein. James Joyce was never even nominated. In 1922, the year Ulysses appeared, the Nobel went to the Spanish playwright Jacinto Benavente. Remember him? Neither do I.

In the end, the surest measure of literary worth we have is the verdict of posterity. Either a work lasts or it doesn’t. That’s a kind of group verdict in itself, of course. But it’s a secret ballot, conducted beyond the reach of social influence. It’s thousands of individuals making their own private judgments. Crowd wisdom of that sort is very hard to argue with.

So when we wonder if our literary prizewinners are worth their salt, that’s the answer we have to accept: Time will tell. And by the time it does, none of us will be around to hear what it says.