Julia Roberts’ brother, Eric, debunks feud rumors once and for all

The “Ticket to Paradise” actress attended the London premiere of her new movie Wednesday, dressed in a glittering Alexander McQueen gown with a special sentimental touch.

While the original runway look was embroidered with the initials of the McQueen team, Roberts’ custom version featured those of her husband, Daniel Moder, and their children — son Henry, 15, and 17-year-old twins Phinnaeus and Hazel.

The embroidery was done with metal thread, beads and sequins, and Roberts, 54, topped it all off with a black cropped silk tuxedo jacket for a menswear twist. 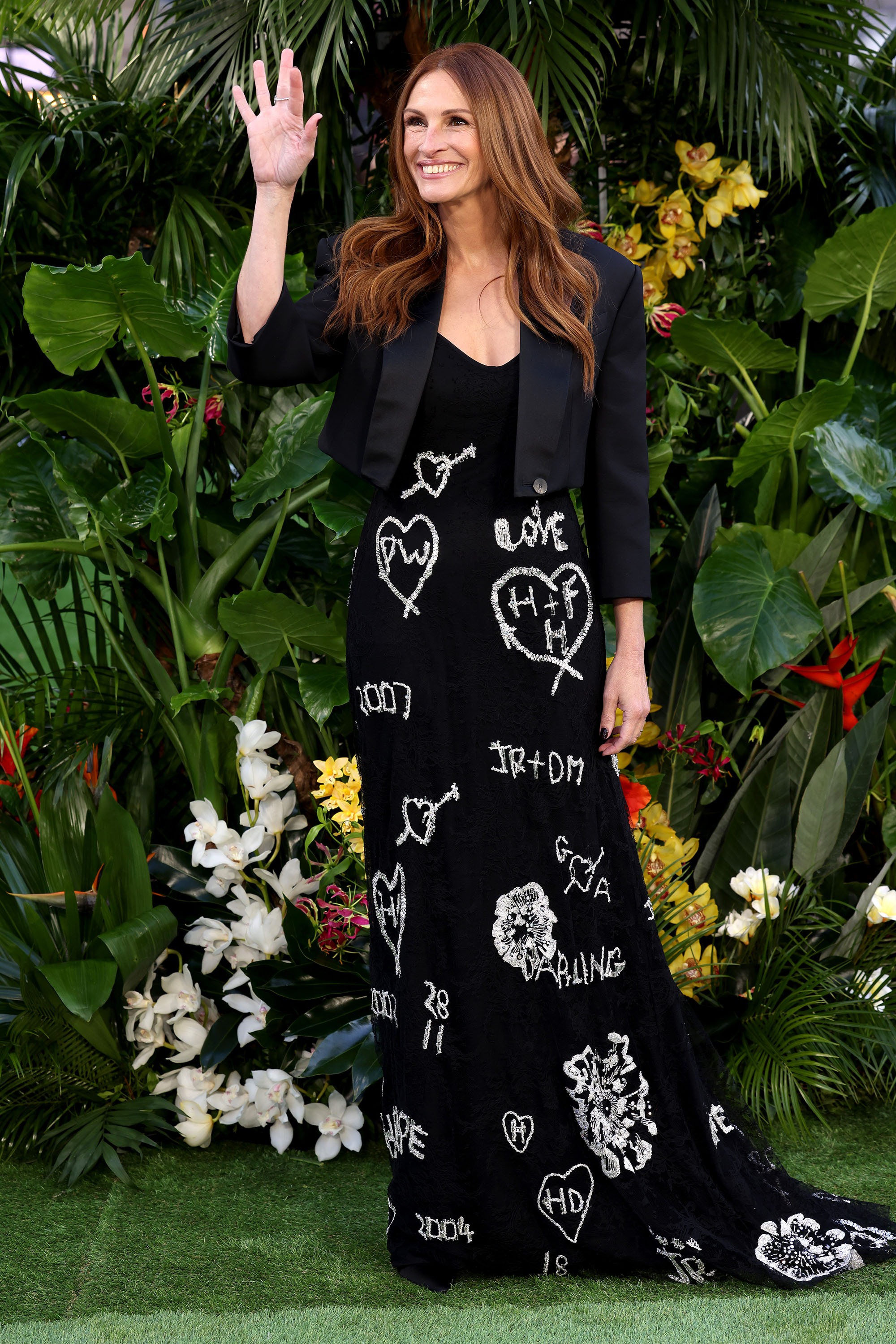 The rom-com queen accessorized with “Pretty Woman”-worthy Chopard diamonds, including a dazzling ring and 18-carat white gold earrings blinged out with 10.89 carats of stones.

Roberts posed on the red carpet alongside her longtime pal (and “Ticket to Paradise” co-star) George Clooney, who looked delightfully dapper in his navy three-piece suit. 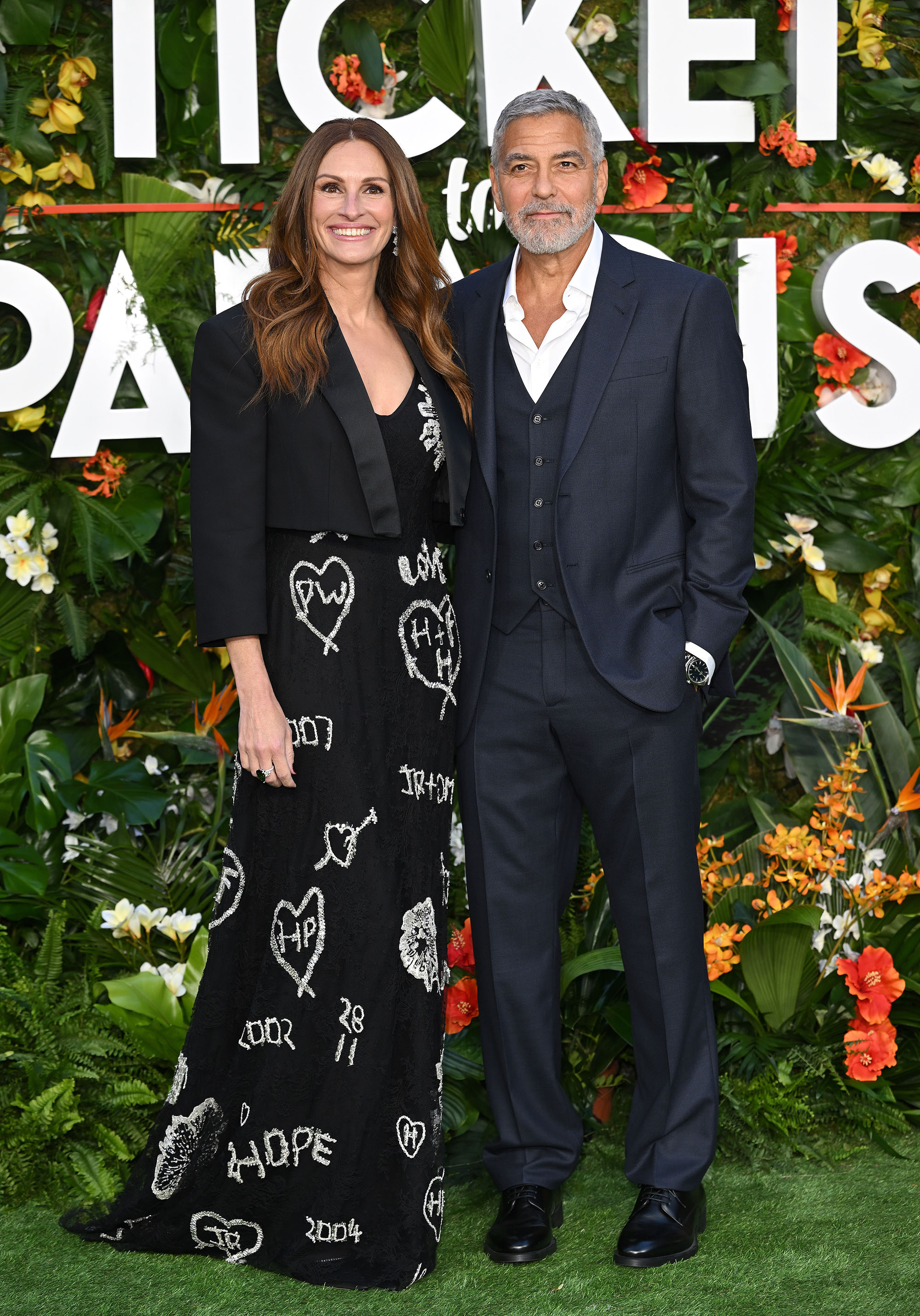 Roberts is famously tight-lipped about her family, making her latest sartorial choice a sweet way to show them some love in public. 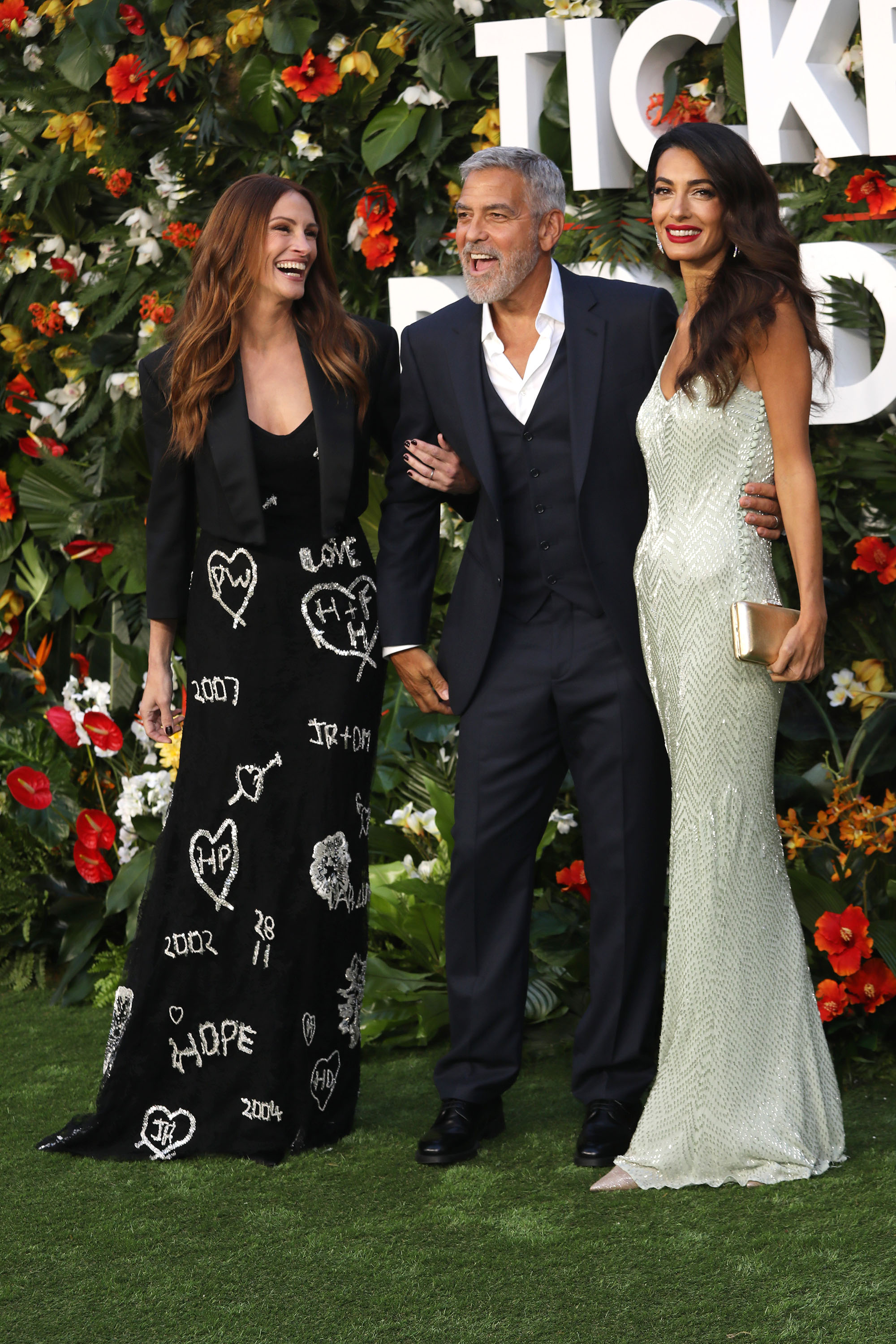