Queen: Members of royal family depart from plane in Aberdeen

GB News presenter Alastair Stewart branded the BBC’s coverage of the Queen’s health “pre-emptive and misjudged” as he scrutinised Huw’s decision to wear a black tie while giving rolling updates on the monarch’s condition on Thursday afternoon. Huw sported the attire during a BBC News Special after Buckingham Palace declared the Queen’s under medical supervision after doctors became concerned for her health.

The BBC has suspended its regular programme and replaced it with ongoing coverage about the monarch’s health presented by veteran journalist Huw.

However, Alistair took to Twitter to lash out over Huw’s black tie and suit. 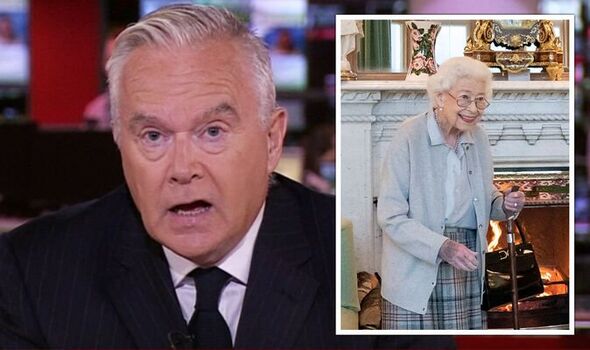