Kim Kardashian is denying accusations that she stiffed her former maintenance staff out of wages and treated them badly.

The “Keeping Up With the Kardashians” star told fans on Instagram Wednesday that she was not the one responsible for the employees payment, as she responded to a question about a lawsuit filed against her by seven grounds keepers.

“Absolutely, I respect people for their time and their hard work and unfortunately these workers are suing the wrong person,” the reality star claimed. “I paid the vendor, and it’s their job to pay their staff. I hope that they are able to get this resolved soon.”

The plaintiffs claim Kardashian was late with their pay, refused to pay them overtime and sometimes forced them to work without meal breaks. 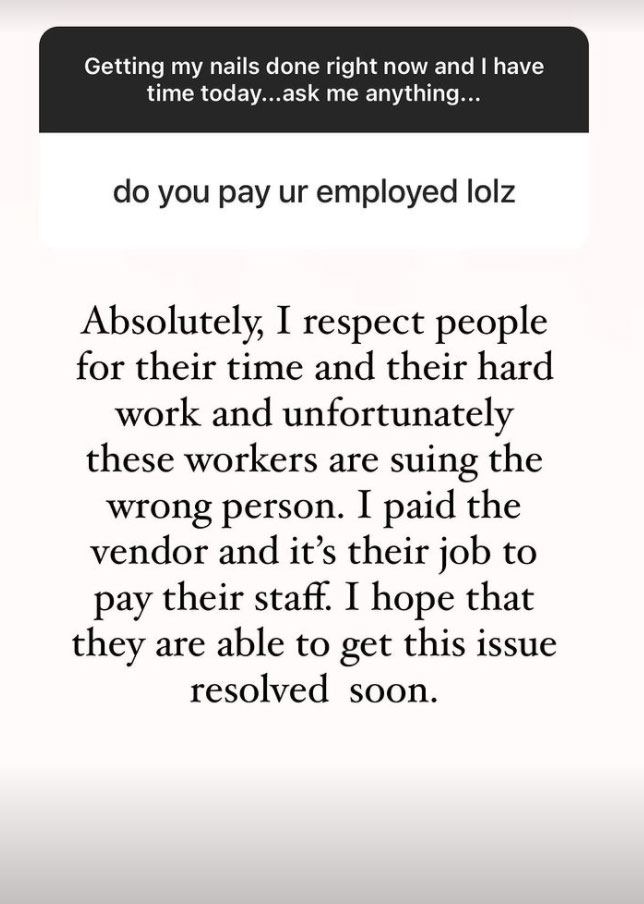 They also claim that she withheld money for taxes but didn’t forward it to the government. And one 16-year-old ex-employee says that he was made to work far past the 48 allowable hours for an underage summer employee.

Another claims that when he brought up overtime pay, the tax issue and meal breaks, he was immediately fired. 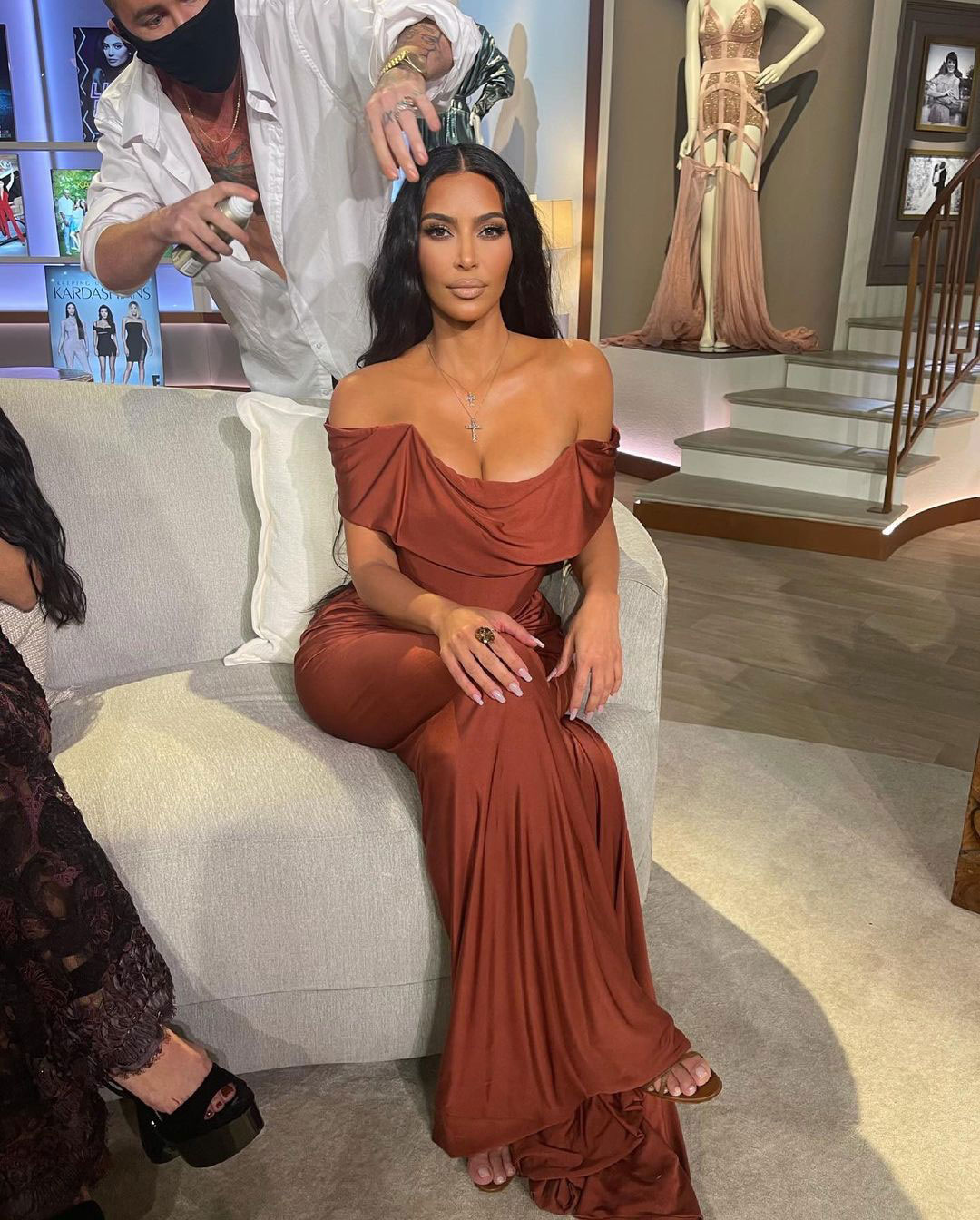 The group is being represented by Frank Kim of law firm Kim Legal, who told The Daily Mail in a statement, “Wage theft and other workplace violations are a widespread problem in Los Angeles. My firm is currently investigating other potential violations against these defendants, as well as other powerful families and businesses on behalf of everyday workers.”

A spokesperson for Kardashian, however, told PageSix that the employees should take up their issue with the vendor who hired them directly.

“These workers were hired and paid through a third-party vendor hired by Kim to provide ongoing services. Kim is not party to the agreement made between the vendor and their workers, therefore she is not responsible for how the vendor manages their business and the agreements they have made directly with their staff.

“Kim has never not paid a vendor for their services and hopes that the issue between these workers and the vendor who hired them can be amicably resolved soon.”