I look so much like Prince Harry I’m afraid the Taliban could target me: Royal lookalike fears the Duke revealing he took the lives of 25 fighters has put both of them in danger

A Prince Harry lookalike has said is now disguising himself in public after the royal’s recent revelations of his Taliban ‘kill count’.

Rhys Whittock, 39, has worked as a Prince Harry lookalike since 2017 and has travelled all over the world with his uncanny likeness to the fifth-in-line to the throne.

But after Harry revealed in his book, Spare, that he killed 25 members of the Taliban while serving the the army in Afghanistan, it was feared he may have impacted his security and that of other Royals.

Now, the Prince’s panicking lookalike is going incognito after his mother begged him to make sure he isn’t mistaken for Harry. 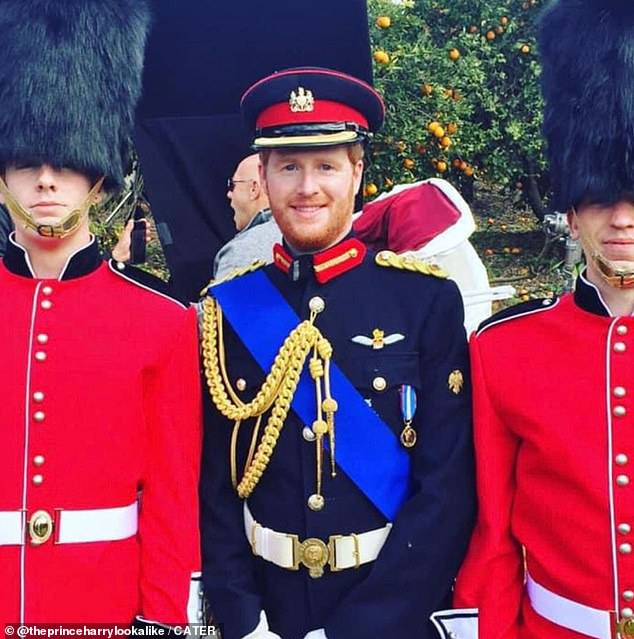 Rhys Whittock, 39, has worked as a Prince Harry lookalike since 2017 and has travelled all over the world with his uncanny likeness to the fifth-in-line to the throne 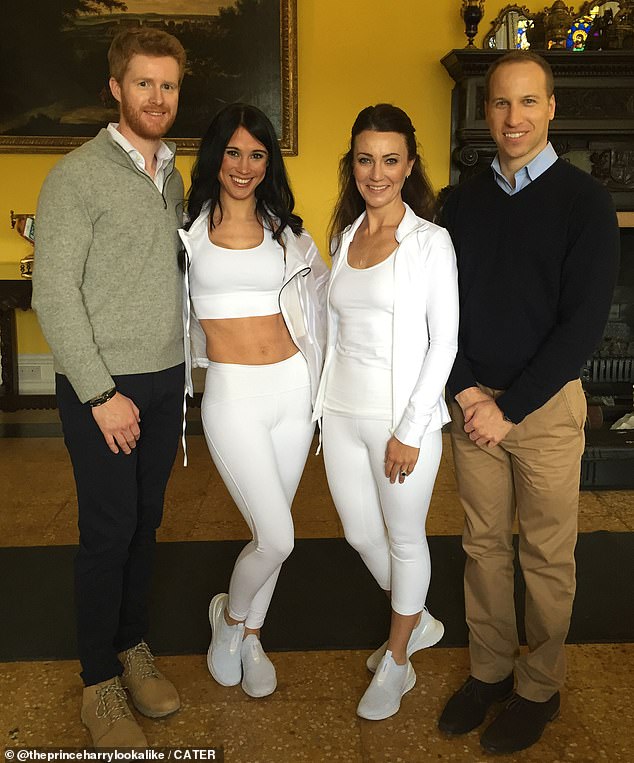 Mr Whittock (pictured left, with other royal imitators) said: ‘People mistake me for Harry every single day so it is a worry when you’re the lookalike of someone facing a sudden increase in security threats’

Most recently, fresh questions raised over the accuracy of Prince Harry’s explosive memoir amid an error in the book over his royal ancestry. US fans of the prince have lapped up the claims in his book, which he discussed on the Late Show with Stephen Colbert.

Elsewhere, the Princess of Wales was seen today for the first time since a slew of claims emerged in the book about an alleged argument with Meghan Markle.

Mr Whittock, who is originally from Cardiff, but doesn’t want to reveal where in the UK he currently lives said: ‘I started to feel uneasy when I heard that Harry was talking about his time in the army.

‘My mum texted me and it left me with goosebumps. It just said: “Because of Harry’s admission in the army he is now a target. You need to wear glasses in public.”

‘People mistake me for Harry every single day so it is a worry when you’re the lookalike of someone facing a sudden increase in security threats.

‘Experts agree it was a mistake to release this information. He has put himself and family at extra unnecessary risk.

‘I think his memoir should have been run past British security first. It’s quite bizarre that it never had been, as he will require extra security in future in the UK at the coronation this year for example. 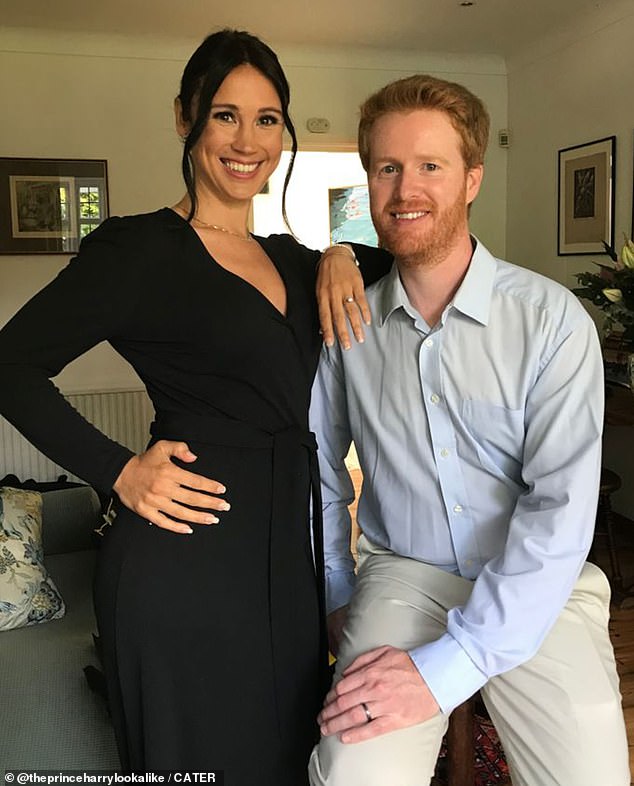 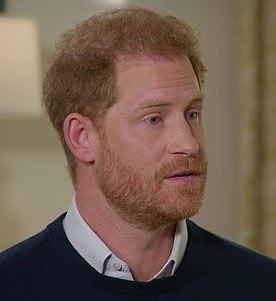 ‘He will require lots of extra security for some time now. While I do look a lot like him, I’m not surrounded by an entourage when I’m out and about so I would think it should be clear to most people I’m not the real Harry but there are crazy people out there.

‘Normally it’s quite nice to run into people who think I’m Harry, but I’ve made sure I’ve kept my hat on over the last few days.

‘As you can imagine, I’ve always been a big fan of Prince Harry, but I think everybody, including me, by the constant private family revelations.’

Rhys claims he is still being booked for regular work, including being asked alongside a Meghan Markle lookalike to re-enact parts of their infamous Oprah interview for TV stations around the world.

And he hopes he will still be able to work alongside pals who work as lookalikes for the Prince and Princess of Wales – although he admits they’ll probably be posing for ‘family at war’ photoshoots.

Publishers claim Harry’s memoir ‘Spare’ is the ‘fastest-selling non-fiction book ever’ with 400,000 sales 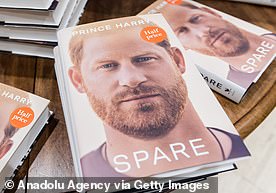 ‘The problem I see though is the constant, seemingly never-ending drip-feeding speaking out is now losing impact with the public with every new detail.

‘We’re tired of it and just want something much more positive.

‘I am often now asked not to smile as much when I am doing lookalike work – Harry used to always be grinning, but now, people don’t believe it’s him if I turn up with a smile.

‘Many people are concerned for Harry’s wellbeing. He strikes me as being deeply unhappy, angry, paranoid and isolated.

‘I have to rein-in my smiles at work because Harry doesn’t smile nearly as much as he used to.

People do comment I smile more than he does. The public too have noticed Harry appears less happy in public.

‘I really want to see Harry smile more and be at peace with himself.

‘I think much better surely would have been to vent your grievances all in one go on the Oprah interview and then move forward in life.’ 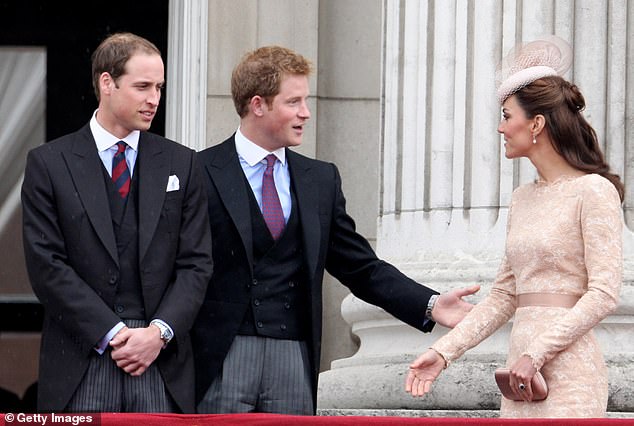 Prince Harry told Tom Bradby that he felt ‘slightly awkward’ being a ‘third wheel’ to Prince William and Kate Middleton before meeting Meghan. The trio pictured in 2012

Mr Whittock added: ‘Last year, when Coronavirus restrictions ended, it was the first time we’d get to experience what type of reaction the public would have towards us since the “Megxit” announcement.

‘People’s opinion of them seems to be split but I wondered how that would translate to public appearances for us.

‘We filmed at various locations around Windsor for a promotional night club video for the Queen’s Jubilee celebrations where we interacted a lot with the public, who were all happy to see us.

‘When I started this lookalike career, Prince Harry was universally loved and frequently noted as the nation’s second favourite royal, behind our much-loved Queen.

‘He had a wicked sense of humour, seemed to have a great human touch with people – like his mother Diana – and a very good relationship with not only his brother William, but also with Catherine.

‘They always appeared very close at public engagements so it’s been very sad to witness these previous close family relationships break down and in a very public fashion.’