Martin Lewis has revealed the exact steps to take if you suspect you’re the victim of a phone scam.

The money-saving expert from Manchester appeared on Lorraine today and claimed the ‘absolute epidemic of scams in the UK’, particularly since the outbreak of the pandemic, is a ‘major problem’.

He warned that people with mental health problems are more than three times more likely to be victims of scams, but many who aren’t considered ‘vulnerable’ can easily fall for these ‘sophisticated’ cons.

Martin also called for greater policing of fraud, which he cited as the biggest crime in the UK. 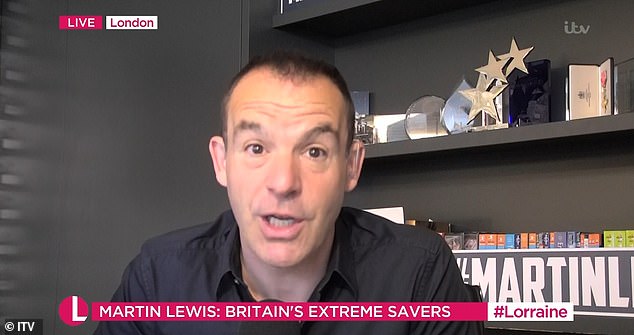 ‘It is about time that we took the epidemic of scams in this country that destroy people’s financial and mental health a bit more seriously,’ he told Lorraine.

The host revealed she recently received a text purportedly from Royal Mail saying she owed £2.99 postage for a letter – a common scam that has been doing the rounds across the country.

Martin warned these postal delivery scams are ‘very dangerous’ because we get so many deliveries during the pandemic.

‘Lots of people are falling for that; you’re busy, you’re stressed, they just put their details in and pay,’ he said. 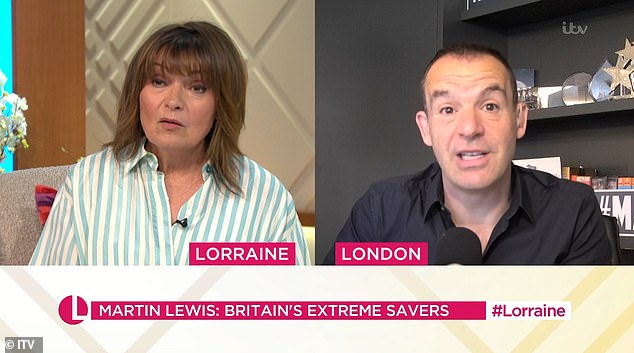 Martin also called for greater policing of fraud, which he cited as the biggest crime in the UK while appearing on Lorraine today 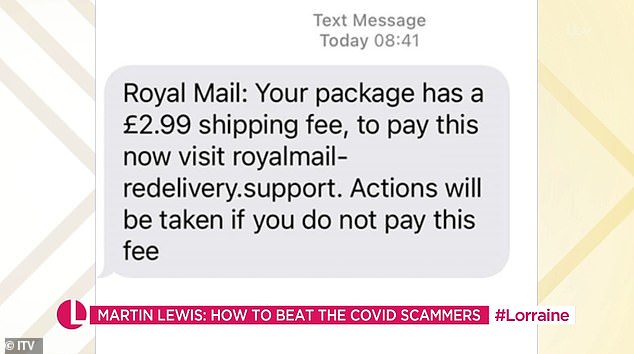 Lorraine revealed she recently received a text purportedly from Royal Mail saying she owed £2.99 postage for a letter – a common postal scam that has been doing the rounds

‘The theft isn’t the money, there’s a little bit of money that you’re paying, but what you’re giving away is all your details when you do that, that’s the danger.

‘And if you fall for that, expect a call from someone from your “bank” telling you your account has been hacked and scammed and you need to transfer money across and don’t talk to the people at the bank because they’re in on it, and they do this whole scam that is trying to take a lot of money.’

If you have been a victim of a scam, Martin claimed ‘very little’ will happen if you call Action Fraud, the police fraud helpline for scams, because the organisation is ‘monumentally underfunded’ and ‘does not deliver’.

‘We don’t police it well enough – we’ve got the Online Harms Bill going through Parliament, the Online Safety Bill, and the government for some reason has excluded scam adverts from it,’ he raged.

Martin outlined ‘signals’ to look out for and steps to take if you believe you are being targetted by scammers to prevent being conned.

‘I wouldn’t trust any online ads, especially those on search engines and social media, especially with celebrity faces in them, definitely not with mine in because I don’t do any of them,’ he explained.

‘If your bank calls you up and tells you that there’s an urgency, just a few signals that you have to understand.

‘If they pressure you, if they say it’s urgent, if they say you can’t tell anyone else, those are massive signs that someone is trying to scam you.

‘If you see an investment ad that says put in £250 and they call you and say “It’s going well but you’re going to need to put more money in”, you’re being scammed on the back of that.

‘Wait for an hour or two, call another friend first, because even if you put the phone down and dial a new number, they could be holding on that line for you to pick it up and fake a dial tone.