Michaela McGuire is feeling pretty excited. Not surprising, really. As the artistic director of the Melbourne Writers Festival says, “it’s been a while since I have launched a festival which has had anything resembling favourable circumstances.”

This year the festival will stage its first in-person events since 2019. Last year the entire literary bash was cancelled when Victoria’s September lockdown was extended, and the 2020 iteration consisted of a handful of digital events. 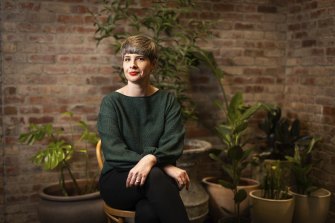 Michaela McGuire says it is a tough time to be putting on a festival, but MWF is doing it with a lot of optimism and enthusiasm.Credit:Paul Jeffers

Unveiling “ambition” as this year’s festival theme, McGuire said there was loftier reasoning behind it than reading being “an ultimate act of ambition to learn, to escape or to find adventure”.

“For this community of readers and writers, the festival itself is about our ambition – to be able to finally come together and revel in books and stories and ideas,” she says. 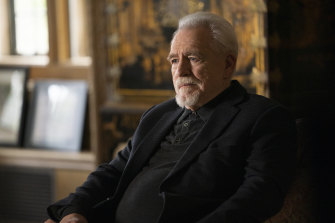 Writer and actor Brian Cox will appear at Melbourne Writers Festival in September.Credit:

McGuire said the festival was facing an entirely new set of problems compared with the past couple of years: “We’re no longer worried about state border closures or lockdowns, but we anticipate that ultimately some guests at last-minute notice won’t be able to get on our stages.”

The festival’s new four-day format, which replaces the 10-day iteration of recent years, would have a few more guests than were lined up for last year, and the same number of events. While McGuire didn’t rule out returning to the longer model, “everyone we’ve spoken to is delighted by the change”.

She conceded that the past two years had been tough.

“Like many arts organisations, we’ve sustained significant financial losses. It is a tough time to be putting on a festival, but we’re doing it with a lot of optimism and enthusiasm about re-engaging with our audiences. It’s a challenging operating environment and it’s hardest for the festivals – we really only get one shot at this a year, so we’re really hoping our audiences will come out in force.”

RISE funding and JobKeeper had been essential in 2020, and she said the festival had just signed a major partnership with the University of Melbourne, and a new principal sponsor, ARA Group, joined a year ago.

McGuire said First Nations curators Chelsea Watego and Jazz Money had informed and enlivened the program, particularly with the Big Debate on the topic “Nihilism makes life worth living”.

“Chelsea Watego has deliberately put people on the side that they might be more inclined to speak against. She’s playing with what they would naturally feel comfortable to speak about.

“Another new format is a series we’re calling The Feeling is Mutual which looks at pairs of writers who have had a very strong through-line between their careers. So, Helen Garner is appearing alongside Chloe Hooper, Ali Cobby Eckermann alongside Evelyn Araluen, and Fran Kelly and Patricia Karvelas are going to talk about their overlapping careers.”

Opening night on September 8 will be the first live event since 2019. “We couldn’t be any luckier with the timing to have hometown hero Jennifer Down (winner of this year’s Miles Franklin award) talking about her extremely ambitious career, Mohsin Hamid – one of my favourite authors – is talking about how he reflects and engages with the idea of ambition, and distinguished professor Aileen Moreton-Robinson is just an incendiary speaker.” Opening night will also feature the presentation of The Age’s books of the year awards.

Closing night will be an address by Robert Dessaix looking back on his lifetime of ambition. The box office opens Wednesday at 9am, and a festival liftout will be in The Age on Saturday.

The Age is a festival partner. mwf.com.au