Mother, 26, recalls horrifying moment man appeared in the room as she put her daughter, 3, to bed after following them home from a BBQ and told her the way she dressed was ‘an invitation to men’ before raping her

A mother has told how she was raped by a soldier in her home, while her three-year-old daughter slept upstairs, after he followed her home from a barbecue.

Georgia Hinton, 26, from Livingston, Scotland, met Serupepeli Niubasaga, 41, at her neighbour’s gathering in May 2018 – instantly deeming him a ‘creep’ after noticing him leering at her.

Hours later, Georgia took her now six-year-old daughter home, only to find Niubasaga, who is originally from Fiji, had followed her.

He told her that the way she was dressed would attract the ‘the wrong attention’ in his home country and that men would see her clothing as an ‘invitation’ for sex, before sexually assaulting and raping her.

In July 2020, Niubasaga was jailed for seven years for the horrific attack. Now, Georgia is waiving her anonymity to raise awareness of how allegations of sexual abuse are dealt with by the army.

‘When I took my little girl to the barbecue that day, I had no idea what horrors lay ahead. I‘m just glad I got my justice and he’s behind bars,’ Georgia said.

Georgia Hinton, 26, (pictured) from Livingston, Scotland, has told how she was raped by a soldier in her home, while her then three-year-old daughter (pictured) slept upstairs, after he followed her home from a barbecue 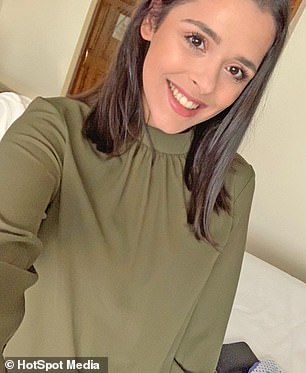 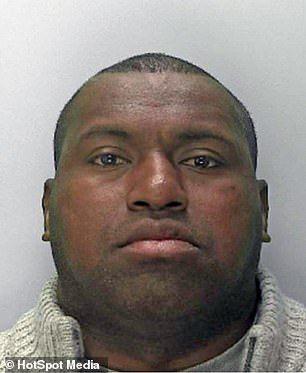 Georgia (left)  is bravely waiving her anonymity to raise awareness of sexual abuse in the army, after her attacker (right) was jailed for seven years

In May 2016, pharmacy assistant Georgia met her now ex-wife, who is a Postal and Courier Operator in the army.

A year late, in July 2017, the pair got married and two months later decided to relocate to the Duke of Gloucester barracks in South Cerney, Gloucestershire with Georgia’s then three-year-old daughter from a previous relationship.

‘I soon met all of the army wives and settled in’, said Georgia. ‘My daughter joined the nursery there and she made plenty of friends too.

‘But as time went on, I began feeling quite isolated from the world.’

The next year, Georgia’s marriage broke down. Her ex-wife was assigned new quarters meaning she moved out of the barracks.

Months later, in May 2018, Georgia dropped her daughter off at a neighbour’s house for a play date.

‘When I picked her up, the neighbours said they were having a barbecue and invited me to join’. 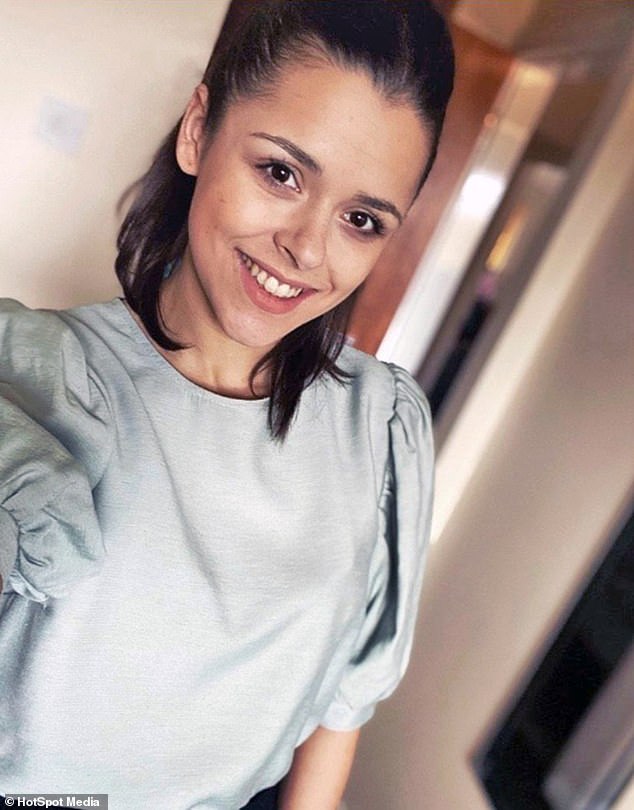 ‘I recognised him,’ she said. ‘He was a friend of an acquaintance and I’d seen him at the nursery and supermarket before, but we’d never spoken.

‘Suddenly, he began to gawk at me, I immediately felt on edge. Then, he came over and introduced himself.

‘But as we were chatting, he stared at my body. I realised he was a creep.’

Georgia quickly forced a smile, before telling Niubasaga she needed to top up her drink, but he stepped in front of her blocking her way.

‘He kept saying, “Where are you going?” and “Stay longer”.

‘I sternly told him “No” before joining my friends.’

Georgia felt Niubasaga’s eyes on her for the rest of the night, and decided to leave at midnight once her daughter had fallen asleep.

‘I said goodnight to everyone and carried her home’, said Georgia. ‘I walked upstairs and tucked her into bed.’ 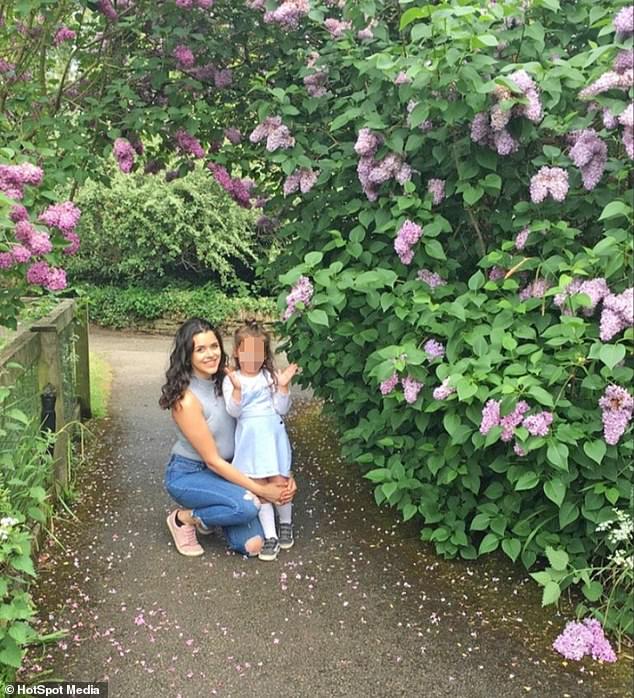 Hours later, Georgia took her now six-year-old daughter home, only to find Niubasaga, who is originally from Fiji, had followed her

‘Suddenly, I heard a creak a behind me. I turned around and saw Niubasaga stood in the middle of the bedroom. My heart stopped. I realised he must’ve followed us home.’

Ignoring Georgia, Niubasaga walked up to her daughter’s bed and kneeled down.

‘He whispered, “Go to sleep” and “Be a good girl for your mummy”.

‘My little girl nodded, before drifting off. Petrified he’d hurt her, I calmly walked downstairs, hoping he’d follow me.’

Terrified, Georgia sat down on the sofa, in silence. 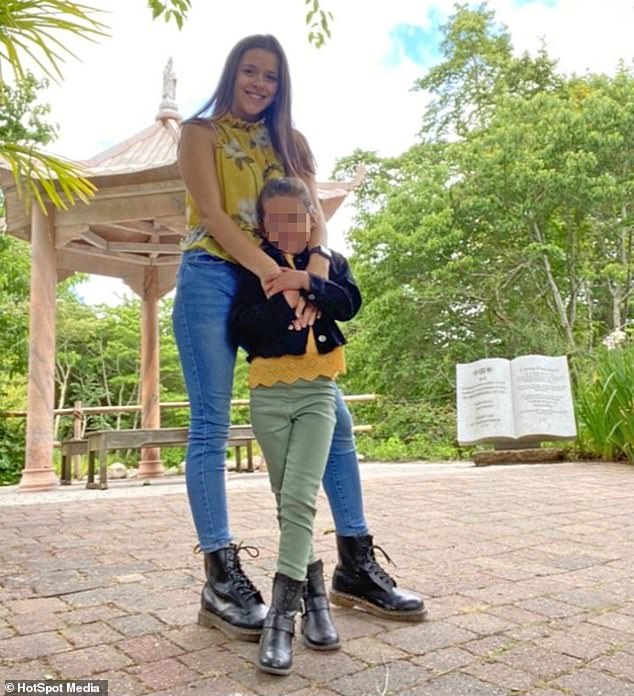 Ignoring Georgia, Niubasaga walked up to her daughter’s bed and kneeled down before telling her to go to sleep

‘Niubasaga then kneeled down and said: “You need to listen to me, the way you dress in my country would attract the wrong attention”.

‘Then suddenly, he started fondling my breasts. He continued saying, “Men will take the way you look as an invitation”.’

‘I wanted to scream, but I was scared he’d hurt my daughter, so I quietly sobbed.

‘Moments later, he pushed up my skirt, moved my underwear aside and raped me. I tried to kick him off but he pinned me down.’

‘I collapsed into a heap on the floor. Eventually I managed to ring a friend for help, I was hysterical.’

Three hours later, the police and army welfare arrived and the next day Niubasaga was arrested. 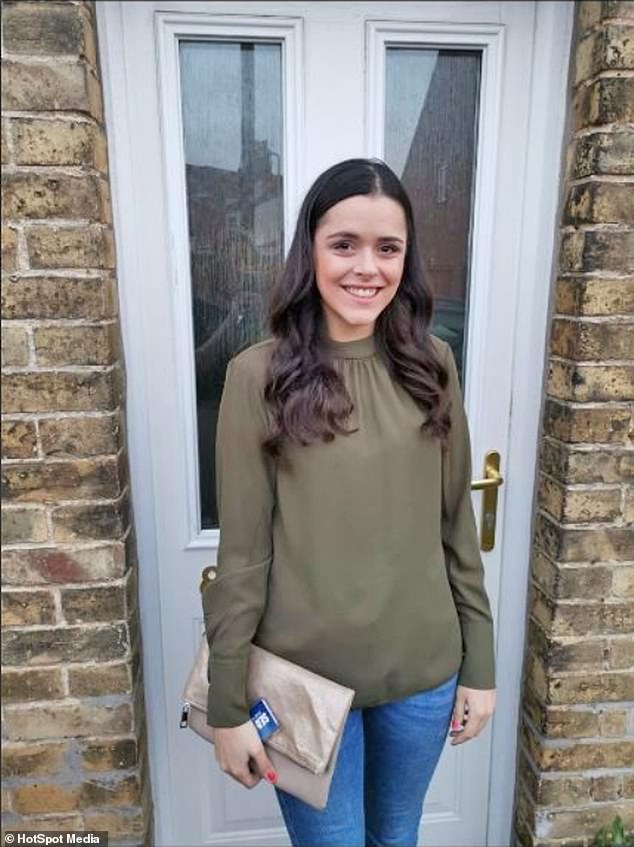 The next week, Georgia and her daughter moved 200 miles away to live with Georgia’s family in Lowestoft, Suffolk

‘Army welfare kept saying how Niubasaga was innocent until proven guilty’, said Georgia, ‘I was horrified that they were defending him. After that, I suffered horrible flashbacks.’

The next week, Georgia and her daughter moved 200 miles away to live with Georgia’s family in Lowestoft, Suffolk.

The following year, in October 2019, the trial arrived but it was a hung jury.

Finally, in July 2020,  Niubusaga was found guilty of one count of sexual assault and one count of rape against Georgia at Bristol Crown Court. He was jailed for seven years.

‘I went through hell during the two trials’, said Georgia. ‘The defence ridiculed me as a mother for not taking my daughter away.

‘Meanwhile, Niubasaga lied through his teeth, telling the jury that I raped him.

‘But thankfully, I was believed in the end. Sadly, not many women have got justice like me though.

‘More needs to be more done for sexual assault victims in the army.’