Nick Cannon is trying to remain celibate until 2022

Nick Cannon — who has seven children, four of whom were born in under a year — is offering his services to help Saweetie make “some babies.”

Even though the “Wild ‘N Out” host recently took a vow of celibacy, it appears the “Best Friend” rapper could be just enough to make him break it.

“I want some babies,” 28-year-old Saweetie tweeted to her 1.9 million followers on Saturday. She also posted a screen grab of the tweet on her Instagram Story.

Cannon, 41, jokingly responded to the tweet with a thinking face emoji, a ninja emoji, a crying laughing emoji and ended with an emoji of a man raising his hand.

Following the birth of his seventh child in July, Cannon announced that he was trying to abstain from sex until 2022.

“My therapist said I should be celibate,” he told Entertainment Tonight in September. “I’m [gonna] take a break from having kids.”

Cannon welcomed twins Zion Mixolydian and Zillion Heir with Abby De La Rosa in June, as well as a son named Zen with model Alyssa Scott. He welcomed daughter Powerful Queen with ex Brittany Bell in December 2020 and also has a 4-year-old son named Golden with her. He shares 10-year-old twins Moroccan and Monroe with ex-wife Mariah Carey.

Cannon has previously said all his children were intentionally conceived.

“I’m having these kids on purpose,” the “Masked Singer” host told Power 106 just one month after Zen was born. He added that the women he got pregnant with his children were by choice, saying there were “a lot of people” he could’ve gotten pregnant whom he didn’t. 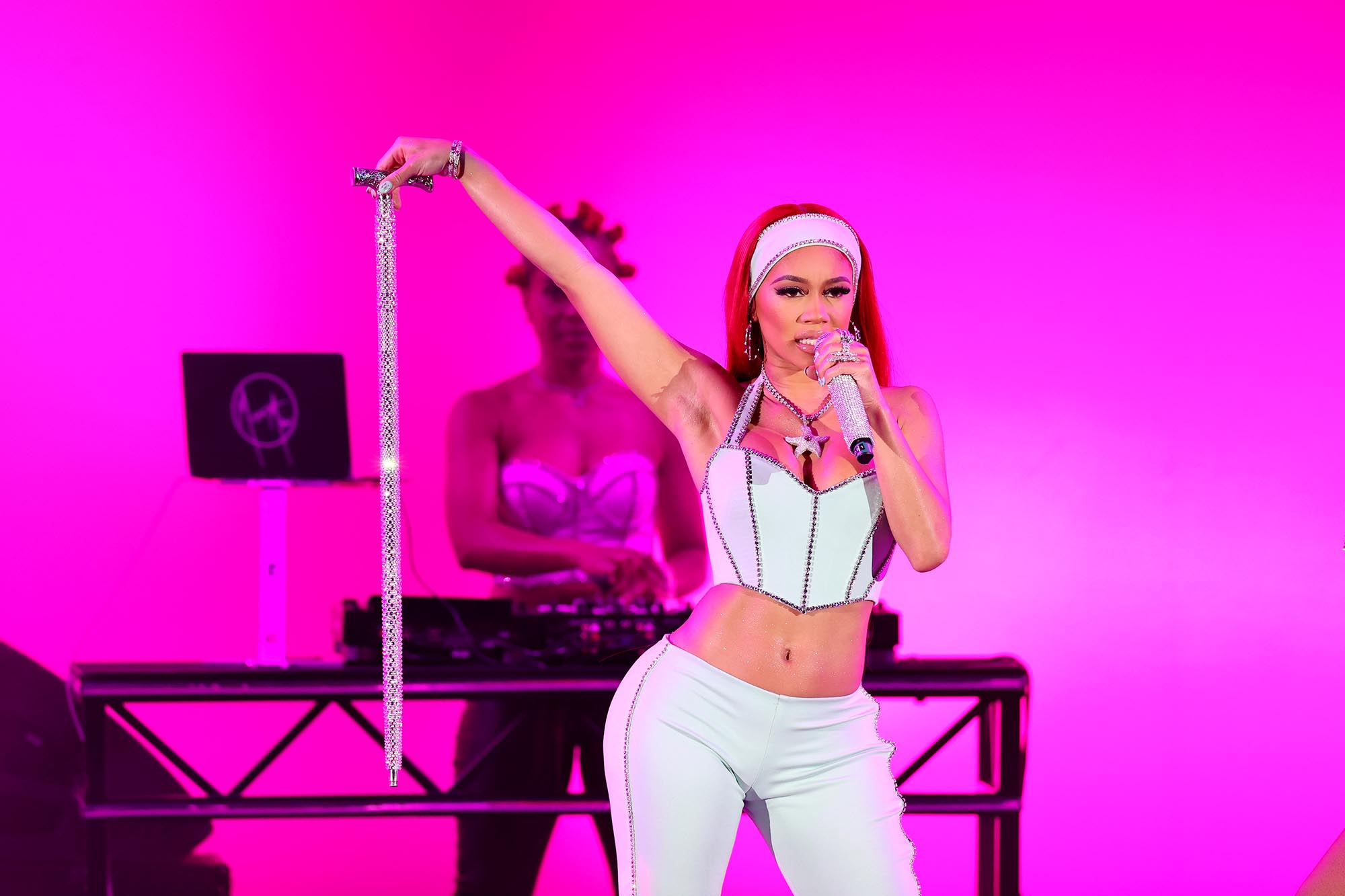 Meanwhile, Saweetie is single following a tumultuous breakup from Quavo in March. The couple, who began dating in 2018, were also involved in a violent physical altercation inside an apartment building elevator in 2020.

She was briefly linked to Jack Harlow after a flirty interaction on-camera at the 2021 BET Awards, but Harlow later confirmed the two were just friends.