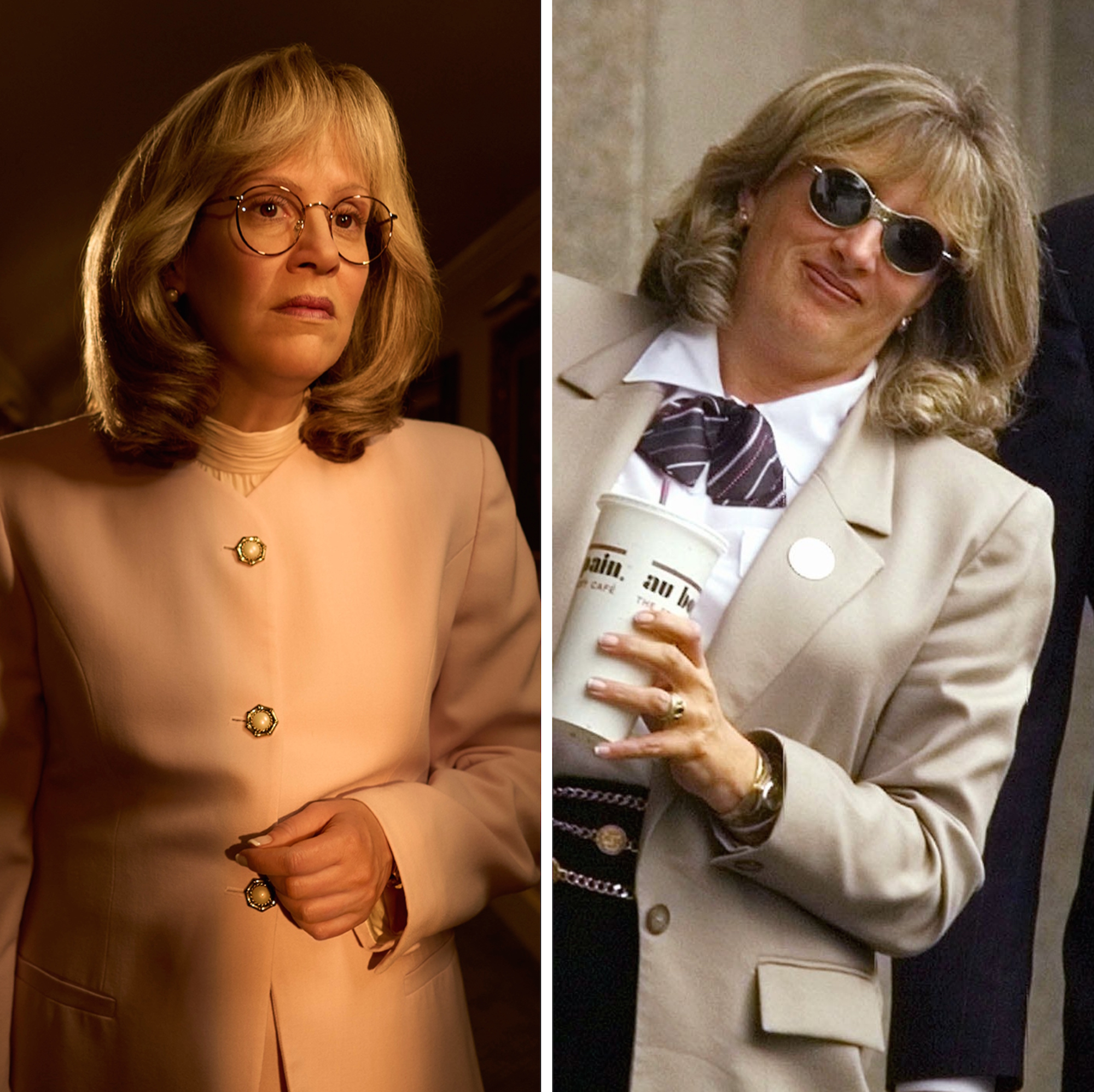 Sarah Paulson is well aware that some fans aren’t happy with her wearing a fat suit while portraying Linda Tripp in Impeachment: American Crime Story. In fact, she agrees with them.

“It’s very hard for me to talk about this without feeling like I’m making excuses,” Paulson, 46, told the Los Angeles Times on Thursday, August 26. “There’s a lot of controversy around actors and fat suits, and I think that controversy is a legitimate one. I think fat phobia is real. I think to pretend otherwise causes further harm, and it is a very important conversation to be had.”

First Look! Everything to Know About ‘Impeachment: American Crime Story’

The American Horror Story alum, who also gained 30 pounds for the part, says that the decision to wear the fat suit wasn’t only hers.

“That entire responsibility I don’t think falls on the actor for choosing to do something that is arguably — and I’m talking about from the inside out — the challenge of a lifetime,” Paulson explained. “I do think to imagine that the only thing any actor called upon to play this part would have to offer is their physical self is a real reduction of the offering the actor has to make. I would like to believe that there is something in my being that makes me right to play this part.”

She continued, “And that the magic of hair and makeup departments and costumers and cinematographers that has been part of moviemaking, and suspension of belief, since the invention of cinema. Was I supposed to say no [to the part]? This is the question.”

When it comes to portraying Tripp, who publicly revealed Monica Lewinsky‘s affair with Bill Clinton in the 90s, Paulson had to go through a complete makeover including wearing a prosthetic nose. However, it’s the fat suit that she wishes she hadn’t done.

“I think the thing I think about the most is that I regret not thinking about it more fully. And that is an important thing for me to think about and reflect on,” the Ratched alum said. “I also know it’s a privileged place to be sitting and thinking about it and reflecting on it, having already gotten to do it, and having had an opportunity that someone else didn’t have. You can only learn what you learn when you learn it.”

Paulson added that she “abso-f–king-lutely” should have known that backlash would follow, adding, “I do now, and I wouldn’t make the same choice going forward.”

Although the actors were able to speak with Lewinsky, 48, who serves as a producer on the drama, Tripp died in 2020 of pancreatic cancer, so Paulson never had the chance to speak to her. In a way, the Emmy winner has become protective.

“I think Linda was certainly a victim of being caught up in a machine. Don’t get me wrong — she put the gas in the car, she put the keys in the ignition, and then she started driving, put her foot on the pedal,” the Run star explained. “But then it’s like a runaway train — I know I just mixed my vehicle metaphors. I will never think that what she did was right. Far from it. But I do have a greater understanding as to the why.”